Accessibility links
Prevention Programs Curb New HIV Infections In South Africa : Shots - Health News More than half a million South Africans were infected with HIV in 2000. Efforts to stem the virus since then have produced marked results in the number of new infections. But the total number of people with HIV in South Africa still isn't going down. 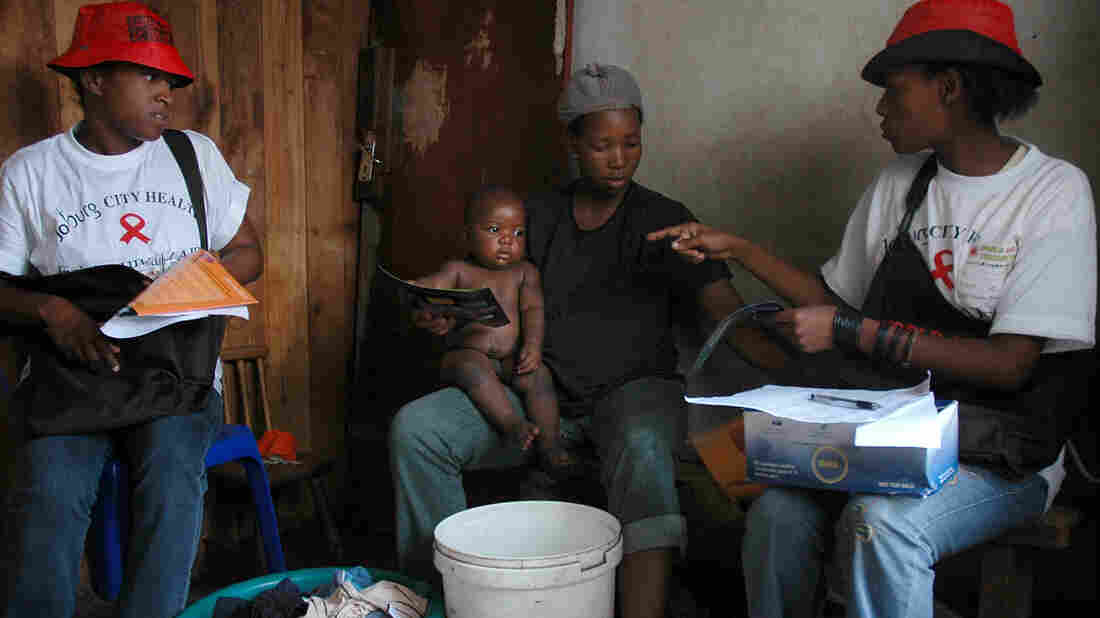 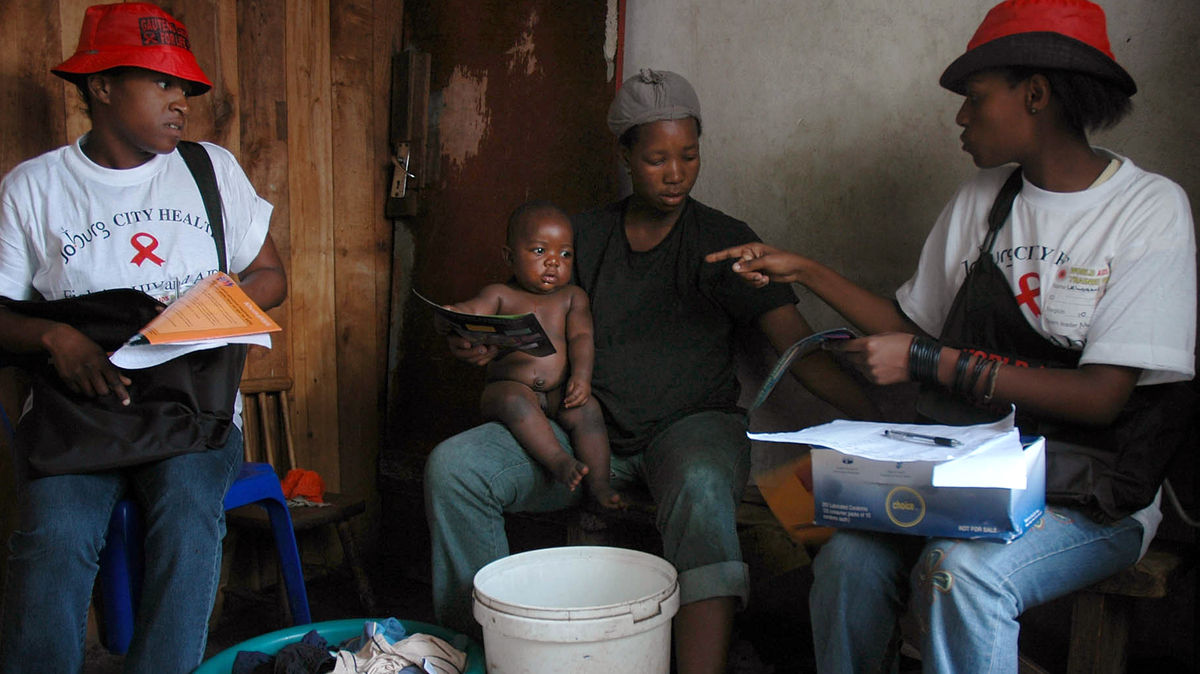 Health care workers in South Africa speak to residents during a door-to-door AIDS awareness campaign, part of a series of prevention efforts that has helped lower the country's HIV infection rate.

The statistics on HIV and AIDS in South Africa are daunting.

Dr. Leigh Johnson at the University of Cape Town's Centre for Infectious Disease Epidemiology and Research specializes in analyzing South Africa's HIV and AIDS statistics. He creates computer programs to simulate the impact that HIV is having in the country and to assess what the impact has been of various HIV prevention and treatment programs.

What he's found is that the number of new HIV infections in South Africa has declined substantially since 2000.

Track The Spread Of AIDS Across The Globe

"Between 2000 and 2008, there was about a 30 percent decline in HIV incidences," he says. "And we attribute most of that decline in incidence to the impact of condom-distribution programs and AIDS awareness programs that have led to increases in condom usage."

"What we've seen in antenatal clinics which measure HIV in pregnant women is that antenatal prevalence hasn't changed much in the last few years," Johnson says. "It's remained fairly constant at 29.5 percent."

Prevalence counts the overall number of people who are infected with HIV — which is hard to measure. Not every person is tested every year, but most pregnant women are tested.

What Johnson is seeing in the HIV rates among pregnant women is that the epidemic is reaching a state of equilibrium with HIV prevalence, stuck at an extremely high rate.

"We think that although HIV incidence is coming down, that's being counteracted by the longer survival of patients who are now accessing anti-retroviral treatment," he says.

Johnson started analyzing AIDS data 12 years ago at a time when President Thabo Mbeki was questioning the link between HIV and AIDS, and activists were denouncing Mbeki's health minister as a murderer for her approach to the epidemic.

Johnson says that in addition to positive declines in the number of new infections, the political landscape around HIV research in South Africa has improved significantly over the last decade.

"We no longer feel as if the scientists and the policymakers are at odds with one another," he says. "I think we are all on the same page. And that's a very encouraging change from what we had back then."