Accessibility links
How A 'Google Bomb' Improved Russia's HIV Drug Supply : Shots - Health News When Russian officials downplayed shortages of HIV drugs, activists turned to the Web to raise awareness about the problem. Since 2004, the AIDS epidemic has worsened in Russia, despite a law that requires drug treatment people with HIV. 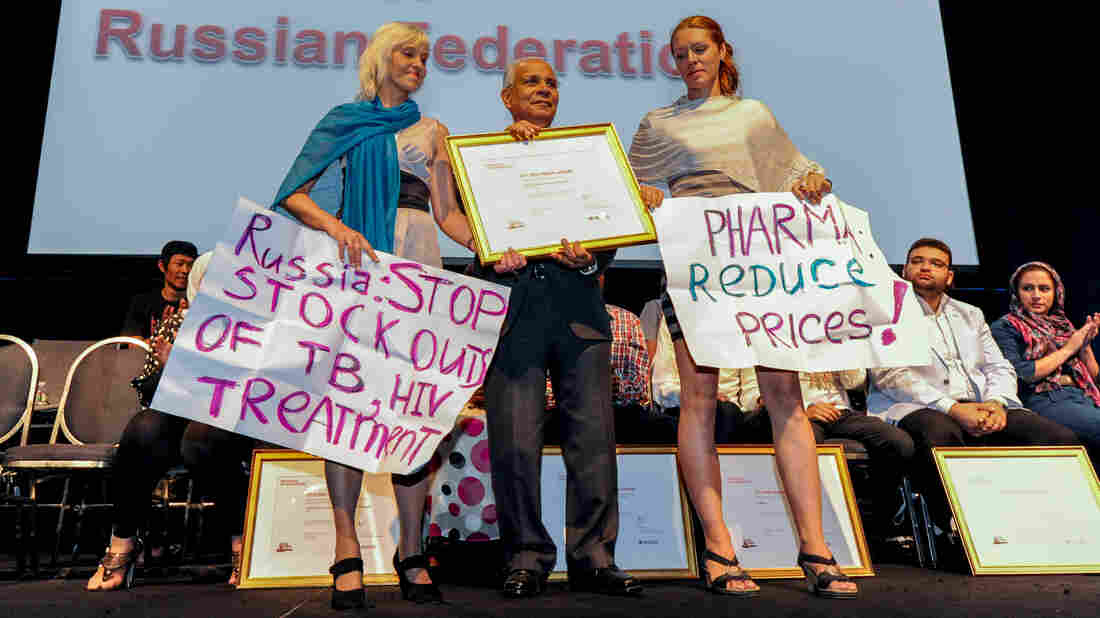 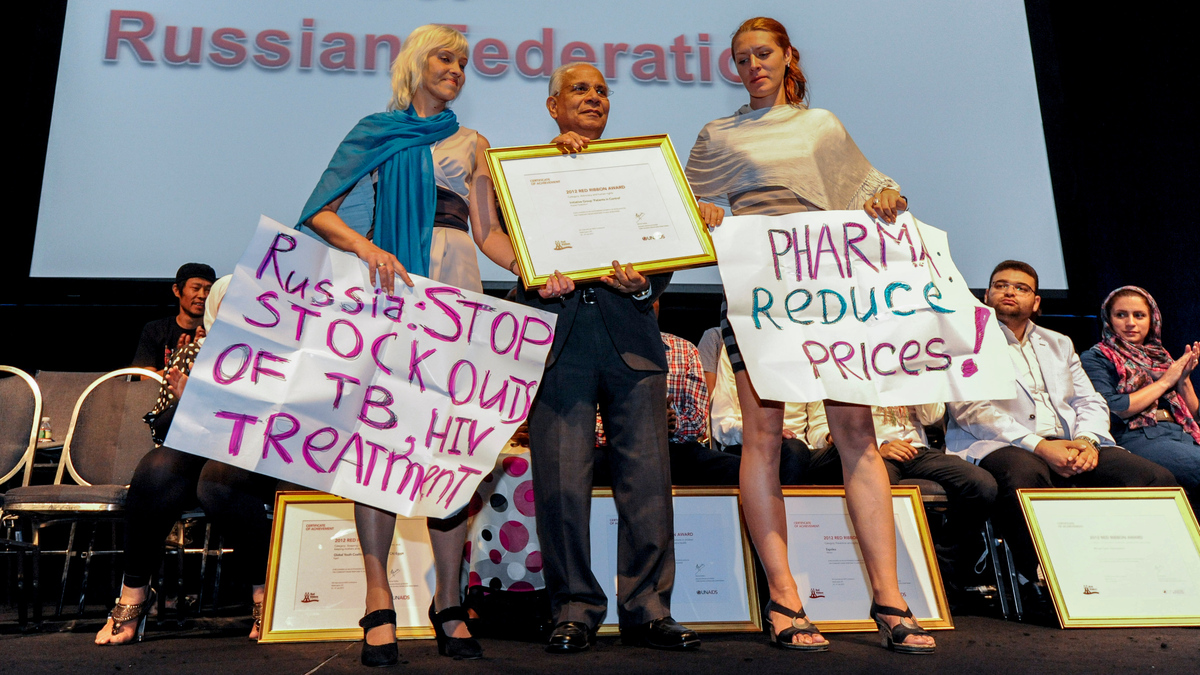 Activist Alexandra Volgina (right) accepts the Red Ribbon Award at the 19th International AIDS Conference for her grassroots group Patients in Control, which has worked to improve HIV treatment programs in Russia.

In countries where censorship is part of daily life, speaking out against the government often requires innovative tactics. No one knows this better than Russian activist Alexandra Volgina.

A few years ago, Volgina, an HIV-positive mother from St. Petersburg, wanted the Russian Ministry of Health to fix their floundering HIV treatment program. So she launched a "Google bomb."

Volgina explained the strategy on Tuesday at the 19th International AIDS Conference in Washington.

Eventually the Ministry of Health got tired of the "bombing" and started listening to Volgina and her fellow activists.

In the Russia, the government is required by law to provide treatment for all HIV patients. But drug shortages have been common.

In 2010, one report estimated that only 50 percent of patients received anti-retroviral treatment, despite the $32 million in the federal budget allocated for this purpose.

"It is the responsibility of the Ministry of Health in Russia to procure HIV drugs," Volgina says. "2010 was a very hard year. In every city, some of the drugs were not available."

Disrupting anti-retroviral treatment is dangerous for patients. Their infections can worsen. Treatment interruptions can trigger side effects and fuel drug resistance.

So Volgina and her colleagues worked with the International Treatment Preparedness Coalition to document the scale of the drug shortages. Their monitoring uncovered problems in the Health Ministry's purchasing of drugs, but the government continued to downplay the problem.

Undeterred, Volgina started a group called Patients in Control two years ago, which organized street demonstrations, arranged meetings with policy makers and set up Internet campaigns, such as the 'Google Bomb' and a viral YouTube video.

The hard work is starting to pay off. "There are enough drugs for people already taking them," Volgina tells Shots. "But shortages still happen and now there isn't enough drugs for new infections."

The group's work was recognized with a Red Ribbon Award at the 19th International AIDS Conference.