Accessibility links
GOP Says Coverage For The Uninsured Is No Longer The Priority : Shots - Health News In the wake of the Supreme Court ruling on the Affordable Care Act, Republicans are subtly turning the debate away from covering people who don't have health insurance toward the goal of reducing costs. 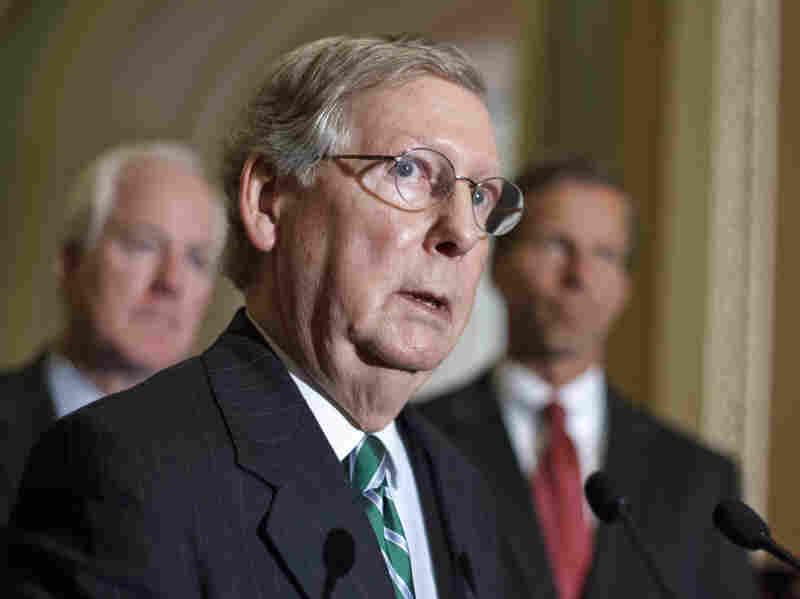 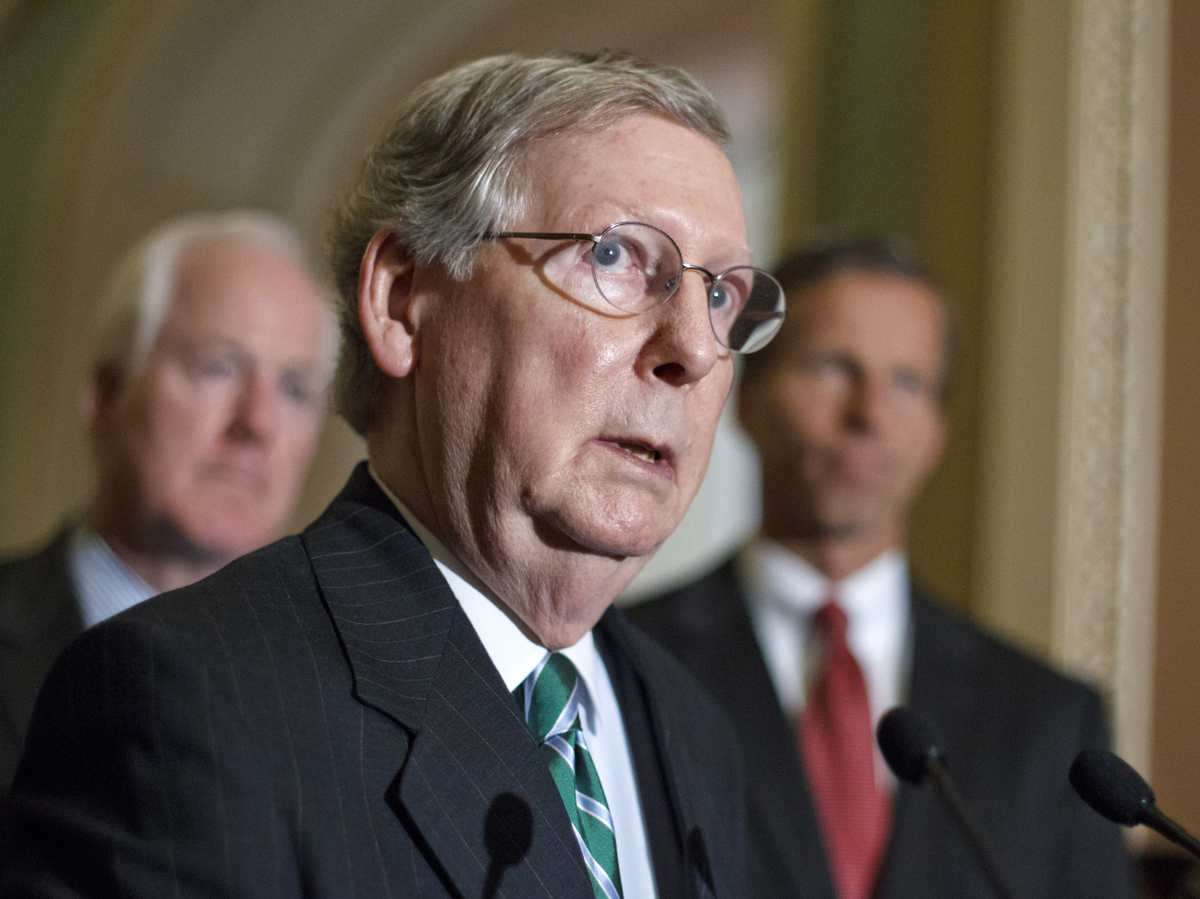 For decades, the primary goal of those who would fix the U.S. health system has been to help people without insurance get coverage. Now, it seems, all that may be changing. At least some top Republicans are trying to steer the health debate away from the problem of the uninsured.

The shift in emphasis is a subtle one, but it's noticeable.

Wallace: "What specifically are you going to do to provide universal coverage to the 30 million people who are uninsured?"

Wallace: "But you don't think that 30 million people who are uninsured is an issue?"

But McConnell isn't the only top Republican saying covering the uninsured should no longer be the top priority.

"Conservatives cannot allow themselves to be browbeaten by failing to provide the same coverage numbers as Obamacare," Sen. Orrin Hatch, R-Utah, told a conference at the conservative American Enterprise Institute. "To be clear, it is a disgrace that so many American families go without health insurance coverage. But we cannot succumb to the pressure to argue on the left's terms."

So if getting more people coverage isn't the goal, what is?

"Conservatives cannot allow themselves to be browbeaten by failing to provide the same coverage numbers as Obamacare. To be clear, it is a disgrace that so many American families go without health insurance coverage. But we cannot succumb to the pressure to argue on the left's terms."

"Your goal should be reducing costs, and expanding individual liberty," said Dean Clancy, who also spoke at the AEI conference. He's legislative counsel for Freedomworks, a group that supports and trains Tea Party activists.

But Clancy says reducing costs doesn't mean doing nothing, even though that's what many of the people he talks to would prefer. "What they don't often understand is the government has already screwed it up significantly, such that we have no choice but to try to reform, to undo the wrong things we've done," he said.

Clancy is only one of many policy types who are trying to convince more Republicans to put expanding coverage on the back burner. Another is Michael Cannon, head of health policy at the libertarian Cato Institute.

Cannon has long questioned the idea that expanding insurance coverage should be the holy grail of health reform.

But supporters of the health care law say arguments about making the marketplace function better are all a big smokescreen.

"Every once in a while, the Republicans have rare moments of honesty. And so when they say that they don't want to expand coverage, this is one of those rare moments," says Ethan Rome, who runs Health Care for America Now, an advocacy group working to promote and defend the health care law.

"They look around and they see middle-class families and others in need, and what do they want to do? They want to give tax breaks to the super rich," he says. "That's who they are and what they do. And I think that's why they're starting to talk about how they don't want to expand coverage. Because they at least want to be truthful about a couple of things. And those are the ways in which they want to abandon certain populations and be frank about it."

Other analysts see a more calculated political tactic, however, in GOP efforts to downplay coverage expansions. They say it's more like class warfare: Republicans want to paint the health care law as requiring people who already have health insurance to help pay for those who don't. It will be up to supporters to demonstrate how the law is helping those who do have insurance keep it and pay less.