Accessibility links
The Value Of HIV Treatment In Couples : Shots - Health News Researchers say that expanding anti-retroviral treatment to all HIV-positive people in couples with one partner who isn't infected is cost-effective even in developing countries with limited budgets. 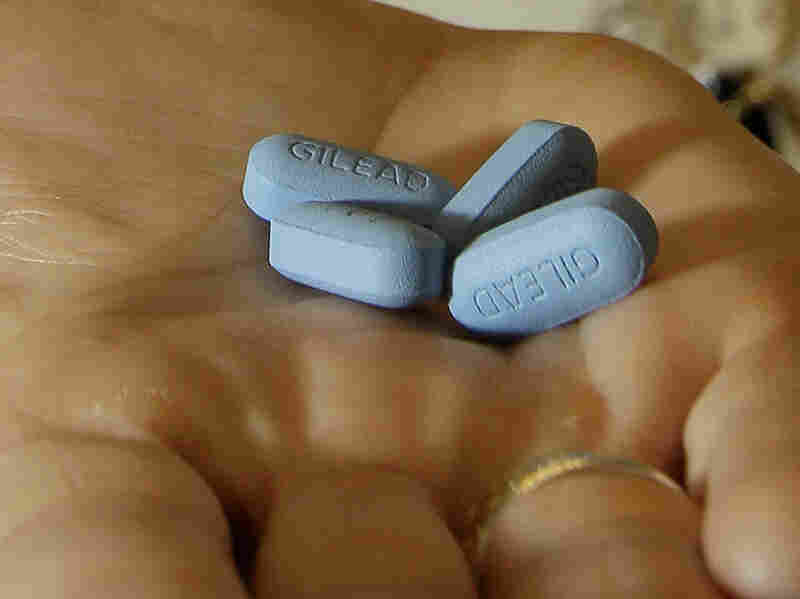 Dr. Lisa Sterman holds Truvada pills at her office in San Francisco. The drug was recently approved by the Food and Drug Administration to prevent infection in people at high risk of infection with HIV. The pill, already used to treat people with HIV, also helps reduce the odds they will spread the virus. Jeff Chiu/AP hide caption 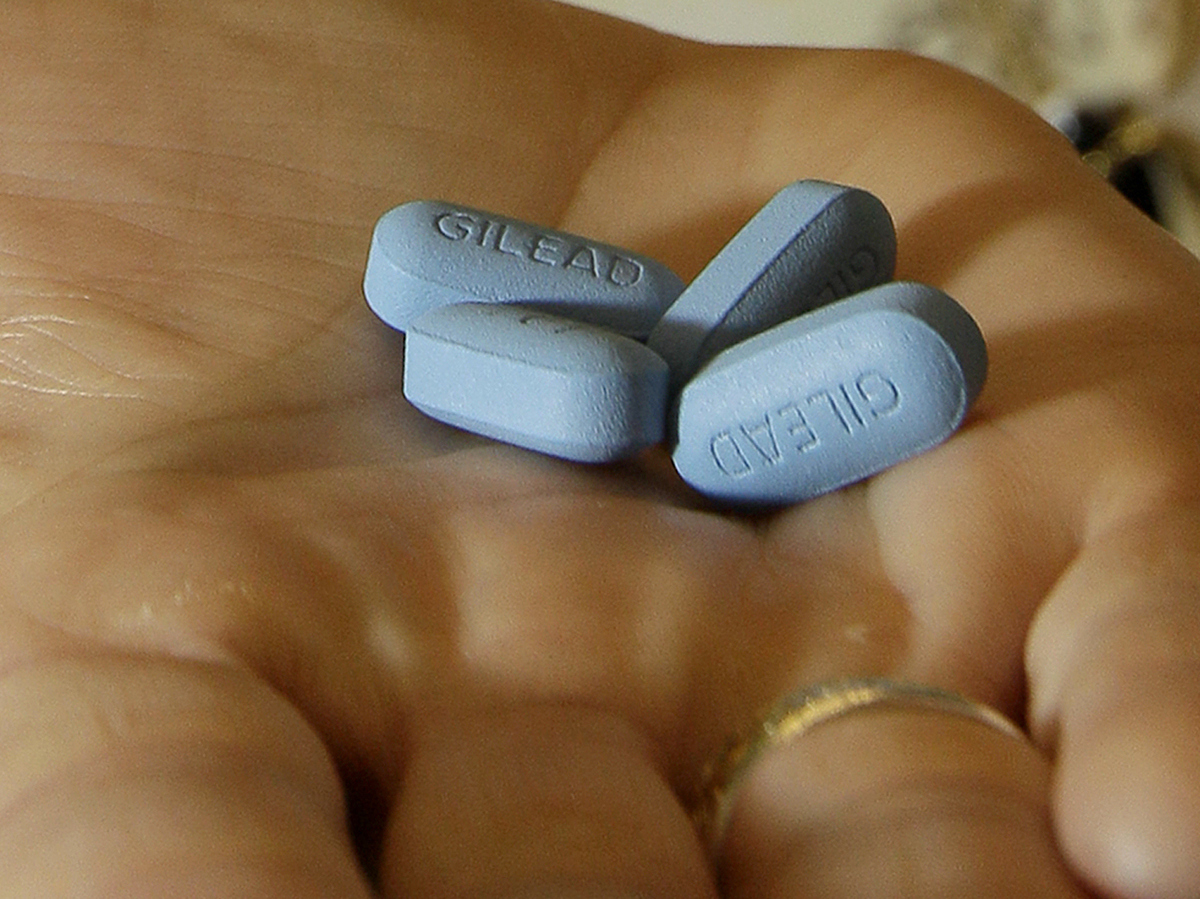 Dr. Lisa Sterman holds Truvada pills at her office in San Francisco. The drug was recently approved by the Food and Drug Administration to prevent infection in people at high risk of infection with HIV. The pill, already used to treat people with HIV, also helps reduce the odds they will spread the virus.

Dr. Rochelle Walensky thinks the 19th International AIDS Conference will be remembered as the moment when the world began to mobilize to end the pandemic.

The Harvard researcher probably speaks for many of the 23,000 scientists, activists and policy mavens who came to the Washington conference. But they're going home with a big question on their minds: Can the world afford it?

Walensky and her colleagues provided the beginning of an answer with a presentation on the final day of the conference. They looked at the cost implications of expanding anti-retroviral treatment to all HIV-positive people in couples where one partner is not infected.

"Is it worth paying for? The answer is yes, it's very cost-effective," Walensky told Shots. At least that's the case in South Africa and India, which the researchers chose for their analysis, and for the limited situation of these so-called discordant couples.

The starting point was a now-famous study published last year that has done more than any other to raise the hope that aggressive testing of people to see if they're HIV-positive followed by early treatment with anti-retroviral drugs can virtually eliminate their chances of infecting others.

The study, called HPTN-052, focused on the particular situation of discordant couples.

For the new analysis, Harvard researchers used the HPTN-052 findings and cranked in the cost of treating the infected partner over five years and their remaining lifetime, the number of HIV infections prevented and a slew of other economic and behavioral variables.

By the standards of the World Health Organization, universal treatment of these patients ranks as "very cost-effective." That means the cost of each year of life saved (both among treated people and those who didn't get infected as a result) was less than the per capita gross domestic product in the country where they live.

And Walensky's team was surprised to find that universal treatment was actually cost-saving over the first five years in South Africa. That is, treatment produced more savings than it cost, because of HIV infections that were averted.

"It's really hard to find health interventions that save money," Walensky says. "So we were really excited about that."

For time horizons longer than five years, universal treatment is not likely to be cost-saving, even if it remains cost-effective. "Think about it," Walensky says. "It's not going to save money because of its own success. People will live longer and that will not save money," because they need to be treated for a lifetime.

The findings are the first to demonstrate the viability of the new enthusiasm for universal HIV treatment, which has inspired that idea of treatment as prevention. So it's an important benchmark.

"If we hadn't found these results, that would have been disappointing," Walensky says. "It would have really made us as a society think about whether we should be investing in other ways."

But it would be a mistake to think this study can be generalized beyond the situation of discordant couples, or perhaps even to discordant couples in the real world, as opposed to those enrolled in a carefully managed clinical trial.

One big question is whether greatly expanded (not to say universal) treatment of high-risk individuals would be cost-effective, such as for HIV-positive people who have multiple sex partners, for instance.

That's going to be hard to answer. They're a lot harder to study than discordant couples in a stable relationship who sign up for a study. And Walensky notes that it took 12 years to do that study.

Treating Everybody With HIV Is The Goal, But Who Will Pay? July 26, 2012
South African Doctors Uneasy About HIV Prevention Pill July 19, 2012