Accessibility links
New Funds Could Shorten Waiting Lists For AIDS Drugs : Shots - Health News Some states, like Georgia, have a waiting list for people who need help paying for AIDS drugs. With increased federal funding on its way for HIV/AIDS treatment, states are hoping that they can care for more people. But the cost of care remains high, so the waits may remain, too. 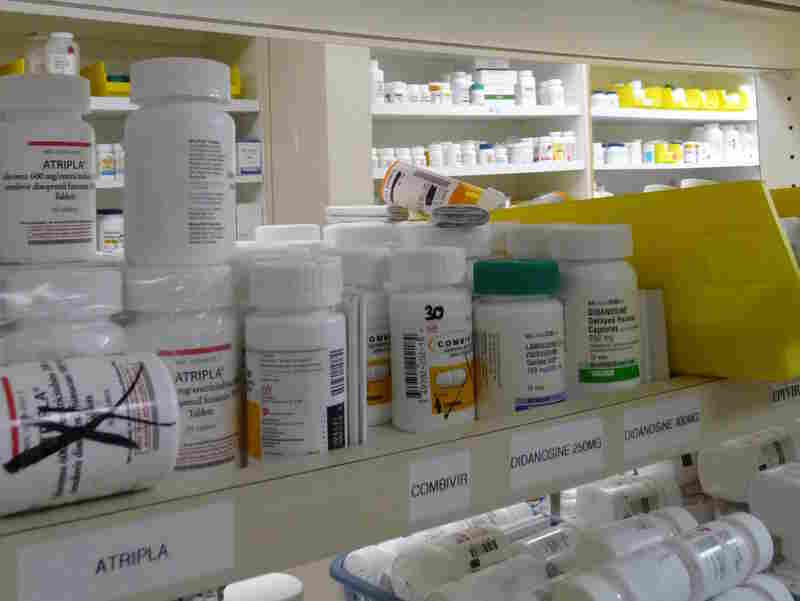 The pharmacy at Atlanta's Ponce de Leon Center stocks medications for 5,200 HIV/AIDS patients. Workers there aren't sure how much an increase in federal aid will help cut Georgia's waiting list for a HIV drug-assistance program. Jim Burress/WABE, Atlanta hide caption 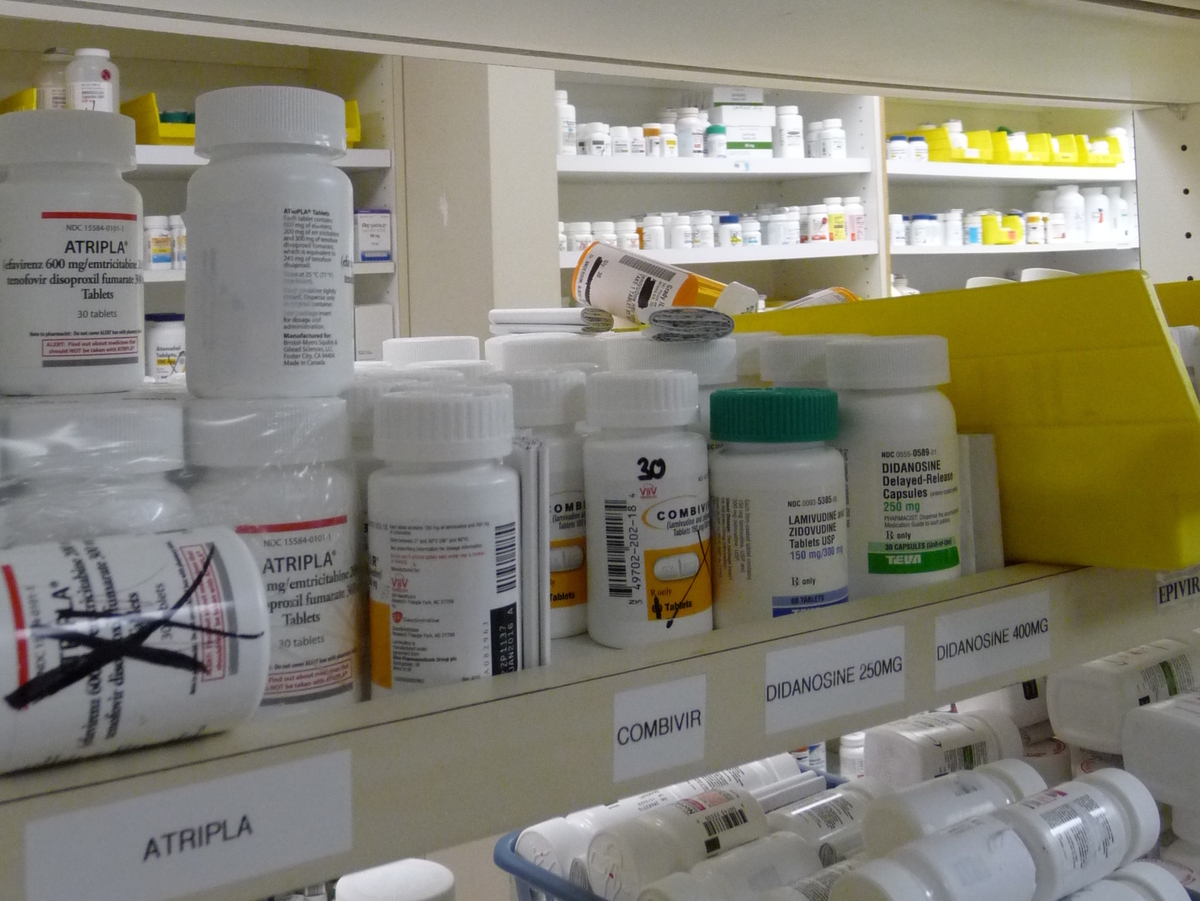 The pharmacy at Atlanta's Ponce de Leon Center stocks medications for 5,200 HIV/AIDS patients. Workers there aren't sure how much an increase in federal aid will help cut Georgia's waiting list for a HIV drug-assistance program.

The Obama administration last week announced nearly $80 million in grants to increase access to AIDS care across the United States. But will the money be enough to eliminate waiting lists for the AIDS Drug Assistance Program?

Advocates aren't sure. The program, known as ADAP, provides a safety net for people with HIV who have no means of paying for the drugs they need to fight the virus.

For the past few years, ADAP demand has outpaced funding. Nationwide, 1,800 people are now on a waiting list, with Georgia and Virginia accounting for more than half of those cases. The latest national data are here.

Murray Penner, of the National Alliance of State and Territorial AIDS Directors, says it's hard to tell if the new funding will be enough to handle states' waitlists. He thinks they will disappear, but only for a year or two.

"It's very difficult to predict these things, because there are so many variables that go into the serving of individuals that need medications," Penner said.

James Lark is one of the people affected. Now 47 years old, Lark was 30 when he learned that he was HIV-positive. He has gone in and out of phases when he takes care of his condition.

"I've been positive now for over 17 years, but when I first found out I just went with it," Lark says. "My brother had passed away with AIDS. I was dead within, and just kept living my life and wasn't taking my life seriously."

Three years ago, Lark was homeless when he decided it was time to get a handle on his health. He qualified for Georgia's AIDS Drug Assistance Program, which paid for his HIV drugs — nearly $20,000 a year.

Lark is now on government assistance and doesn't have to depend on ADAP. But he says his Social Security benefits will end in September.

"That means I'll have to go back on ADAP. And I'll be on the waiting list," he says.

Funding, drug costs and the number of people seeking treatment are constantly changing. All of those variables affect how many people are on the waiting list.

For example, Georgia recently adopted a policy of treatment upon diagnosis. Research indicates that means a longer, better life for many with HIV. But it also adds to the cost of care in a state that can't meet current demand.

The pharmacy at Atlanta's Ponce De Leon Center provides drugs and other services for more than 5,200 HIV/AIDS patients. But with the potential for hundreds of new patients, the center's Jacque Muther isn't sure how they'll accommodate them.

"It's going to be a big challenge," Muther says. "I don't know how they're going to meet it. This new money is not going to resolve that."

This story is part of a collaboration with NPR, WABE and Kaiser Health News.