Accessibility links
Cancer Patient Gets Help From 'Bake Sale' And Aetna CEO : Shots - Health News Arjit Guha, a graduate student at Arizona State, felt sick after coming back from a trip to India in early 2011. His severe stomach pain was caused by advanced colon cancer. He maxed out his health insurance and harnessed the Web to raise money to cover his care. A Twitter conversation with Aetna's CEO opened a new chapter in the story. 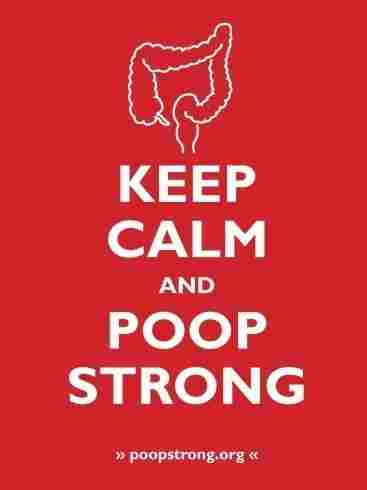 One of the slogans on a T-shirt sold to raise money for the care of Arijit Guha. Poopstrong.org hide caption 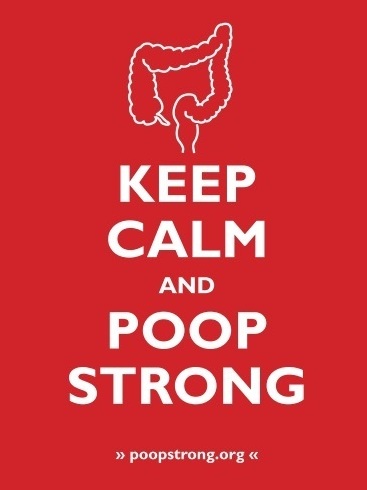 One of the slogans on a T-shirt sold to raise money for the care of Arijit Guha.

It's a diagnosis nobody in grad school would ever expect.

Arijit Guha, who's working on a doctorate at Arizona State, felt sick after coming back from a trip to India in early 2011. His severe stomach pain, which he thought was probably from a bug he caught on the journey, turned out to be caused by colon cancer. He was 30.

He's had a bunch of operations and lots of chemo since his diagnosis in February 2011. Within a year, the cost of his care had passed $300,000, the lifetime limit of his university health insurance policy from Aetna.

The Washington Post's Sarah Kliff told the story of how Guha has raised money for his care. The centerpiece is a website — Poop Strong — that is a takeoff on Lance Armstrong's LiveStrong cancer project.

Guha has harnessed the Web to sell T-shirts and tote bags and to raffle off items donated by celebrities.

A friend told Guha once he was running "the world's most important bake sale," the Post reported. And some supporters have held bake sales to help him. "It sometimes feels like this weird joke, that I'm selling tee shirts to pay for chemotherapy."

Last week, the power of social media helped Guha get results from Aetna. In a fascinating and often testy conversation on Twitter, Guha, tweeting as Poop_Strong, Aetna CEO Mark Bertolini and others went back and forth about lifetime limits on care, insurance industry profits and a solution for Guha's shortfall in coverage.

Here's are some highlights.