Accessibility links
Are Teens Hard-Wired To Be Distracted? : Shots - Health News The prefrontal cortex, the brain's executive control center, develops more slowly than the limbic system, which controls arousal and reward. The mismatch makes it harder for teens to maintain concentration behind the wheel. 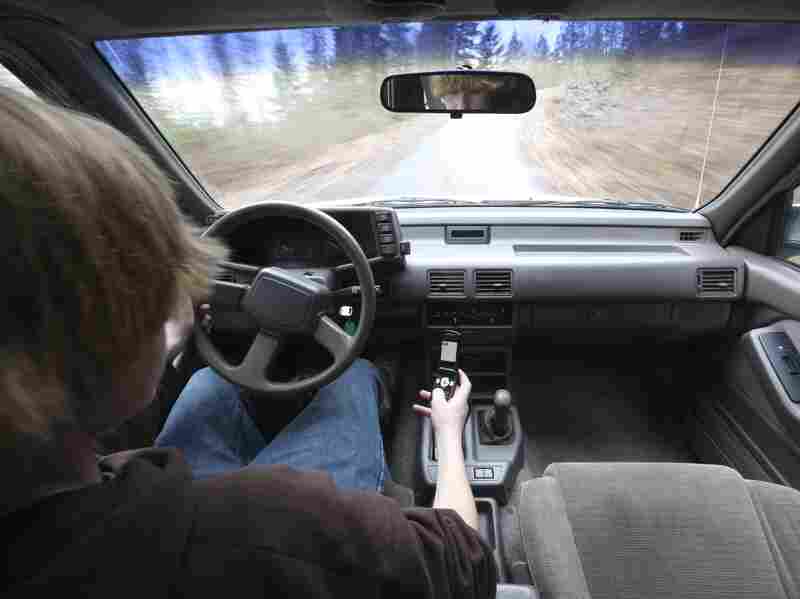 Drivers under 25 are more likely to send text messages and make calls behind the wheel. They're also less able to handle distractions while driving. iStockphoto.com hide caption 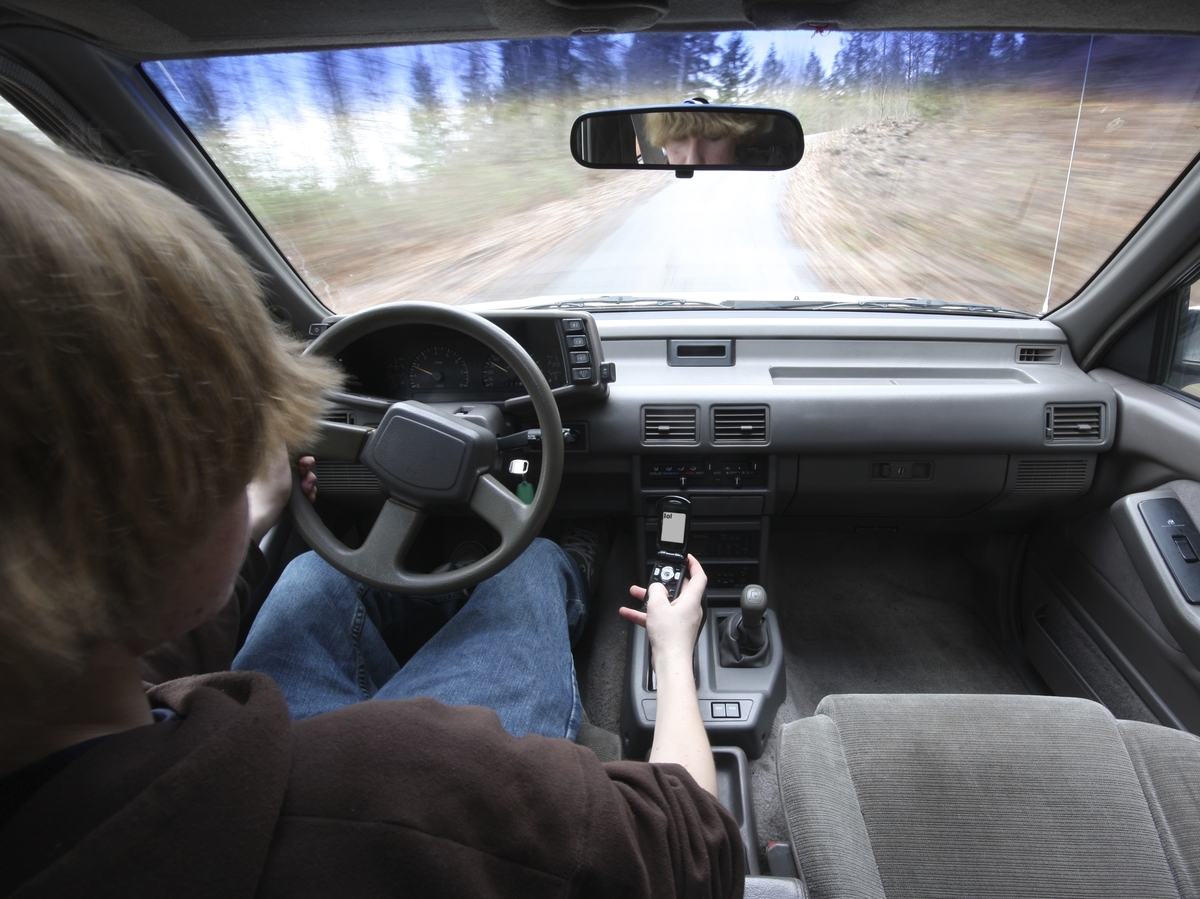 Drivers under 25 are more likely to send text messages and make calls behind the wheel. They're also less able to handle distractions while driving.

Distracted driving is a problem for all drivers, but teens are at higher risk.

Yes, it's true that drivers under 25 are up to three times more likely to send text messages or emails while behind the wheel than older drivers, according to the National Highway Traffic Safety Administration.

But there's a deeper problem: Teenagers are also at a developmental stage where getting distracted is more problematic than it is for older drivers.

Teenagers are still developing something called "regulatory competence." That's the ability to regulate their attention and emotions so they can function well under challenging circumstances.

The prefrontal cortex, the brain's executive control center, develops more slowly than the limbic system, which controls arousal and reward.

"The effort required to maintain control is substantially higher" in adolescents, says Daniel Keating, a professor of psychology at the University of Michigan who has published studies on the effect of adolescent development on driving.

"If there are distractions — noise in the car, kids in the car — all those things are grabbing attention. That's extra stress," he says. "It can tip the balance if kids are driving lots of miles."

And as newbies behind the wheel, teenagers need to log plenty of miles to become competent drivers. The more times you make a left turn across lanes of oncoming traffic, for example, the better you get at gauging other drivers' speed and handling your car.

In 2010, more than 3,000 people died in crashes attributed to distraction-related causes — roughly 10 percent of all fatalities on the road, according to the federal Department of Transportation's National Highway Traffic Safety Administration.

A transportation law signed this month by President Obama contains $46 million in incentive grants for states to establish or strengthen distracted driving programs over the next two years. In addition, there's $27 million for states to improve their graduated driver licensing programs. Among the requirements: States have to ban young drivers from using cellphones or other communication devices except during an emergency.