Accessibility links
West Nile Virus Makes A Comeback This Summer : Shots - Health News An unusual number of severe West Nile cases has prompted a warning from federal health officials. Most of the cases have occurred in just three states — Texas, Mississippi and Oklahoma — but cases are occurring throughout the country. 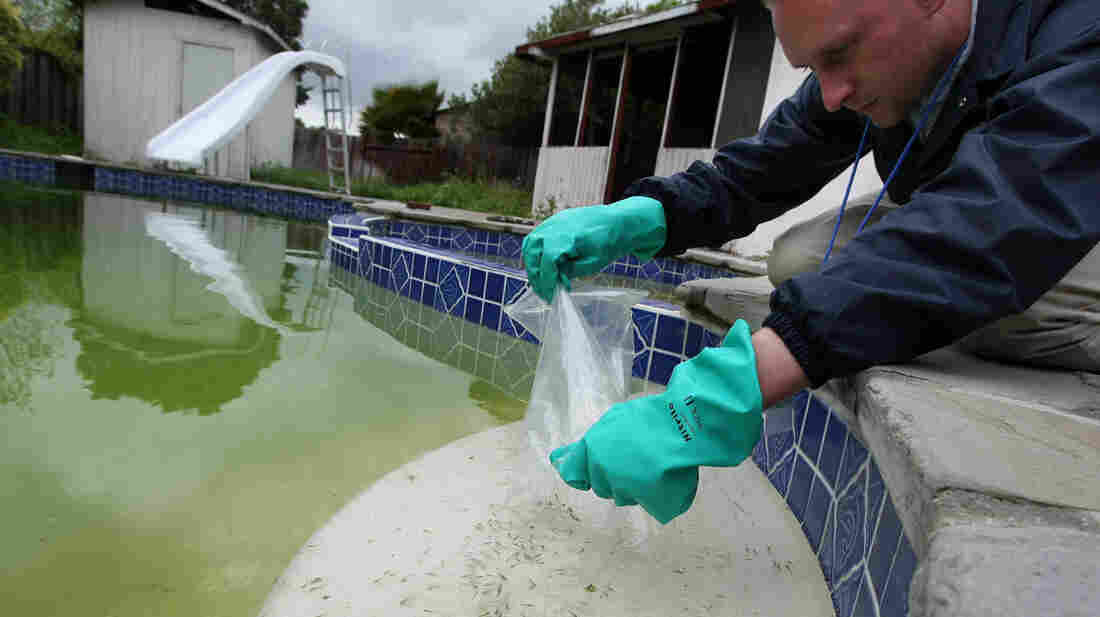 Christopher Doll releases fish into the water of a neglected pool to kill mosquitoes that might carry West Nile Virus in Concord, Calif., in 2009. Justin Sullivan/Getty Images hide caption 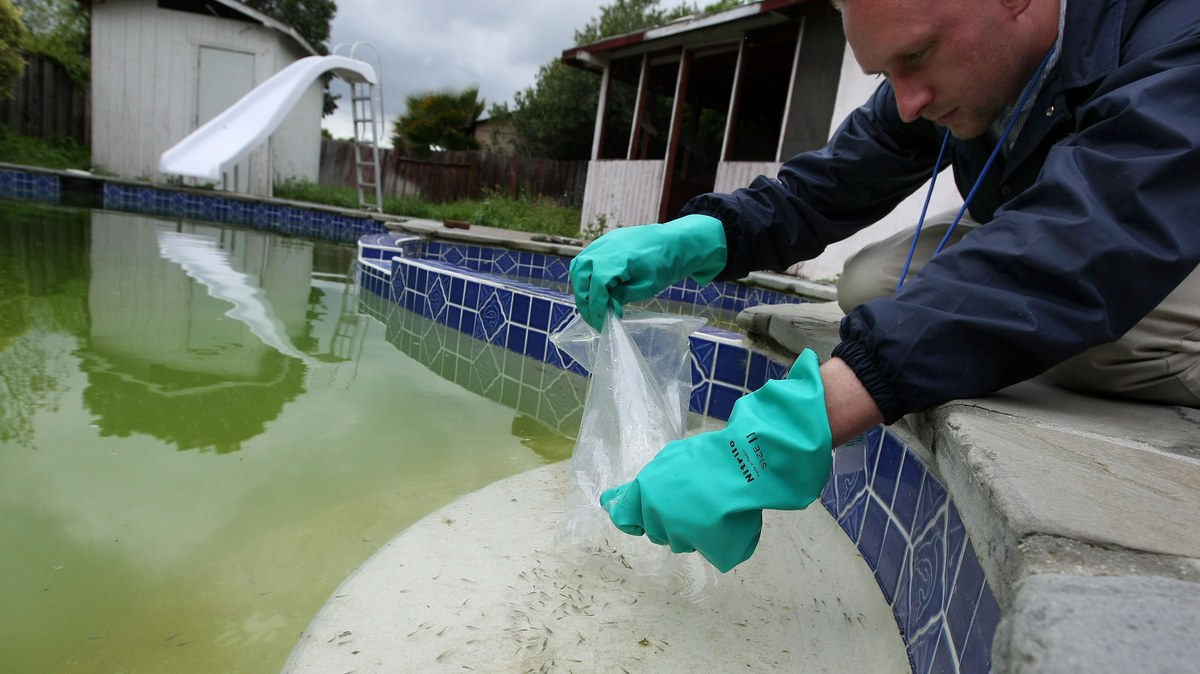 Christopher Doll releases fish into the water of a neglected pool to kill mosquitoes that might carry West Nile Virus in Concord, Calif., in 2009.

The West Nile virus is back, and it's looking like it could be particularly bad this year. As as result, federal health officials are warning people to protect themselves against the mosquito-borne infection.

The West Nile virus first showed up in the U.S. in 1999 and quickly spread from coast to coast, raising widespread alarm. Some have argued that red-breasted robins play a key role in the spread of the virus.

As it turns out, most people who get infected never know it or recover after just a bad fever, nasty headache and other symptoms. But about 1 percent of people who get the virus develop serious complications, such as encephalitis or meningitis, which can cause permanent paralysis and even death.

"About 10 percent of those people die and then a substantial portion of them — 50 percent or greater — have serious aftereffects with paralysis headaches, severe neurological damage as a result of what the virus does to the nervous tissue," says Roger Nasci, a vector-borne disease expert at the Centers for Disease Control and Prevention.

There have already been at least 241 cases of West Nile disease reported in 42 states this summer, including 144 serious infections. At least four people have died. There hasn't been this many cases this early since 2004. By this time last year, only 15 severe cases had been reported.

"The bulk of the West Nile cases in the U.S. generally occur in August and September," Nasci says, "and we're just entering August and we've already seen this uptick compared to previous years."

Most of the cases have occurred in just three states — Texas, Mississippi and Oklahoma. But cases are occurring throughout the country.

The reason for the increase is complicated. But the unusually warm winter, early spring and hot summer are playing a role, Nasci says.

"The conditions were just right to really kick up the number of infected mosquitoes," he says. "That translates into the greater likelihood that infected mosquitoes are going to bite people and then they get infected and a proportion of them show these symptoms."

So health officials are encouraging people to protect themselves. People should fix any torn window screens, empty any standing water outside where mosquitoes can breed, use insect repellents, wear long sleeves and pants, and try to stay inside at dawn and dusk.

"It's not a run-for-the-hills-panic type of thing. But awareness and some personal protection certainly can go a long way toward reducing your likelihood of getting infected," Nasci says.