Accessibility links
The Science Behind Olympic Six-Pack Abs : Shots - Health News Athletes train for years to get their bodies in top shape for the Olympics, and muscle definition is an attractive benefit. But for some people, chiseled abs just might not be in the cards.

The Science Behind Olympic Six-Pack Abs

The Science Behind Olympic Six-Pack Abs 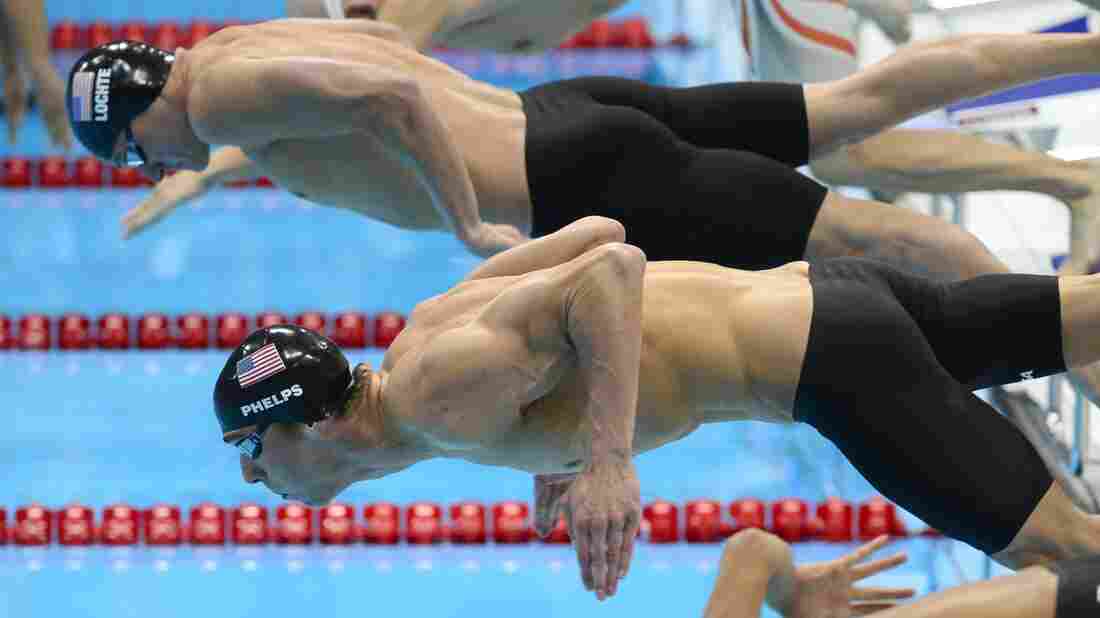 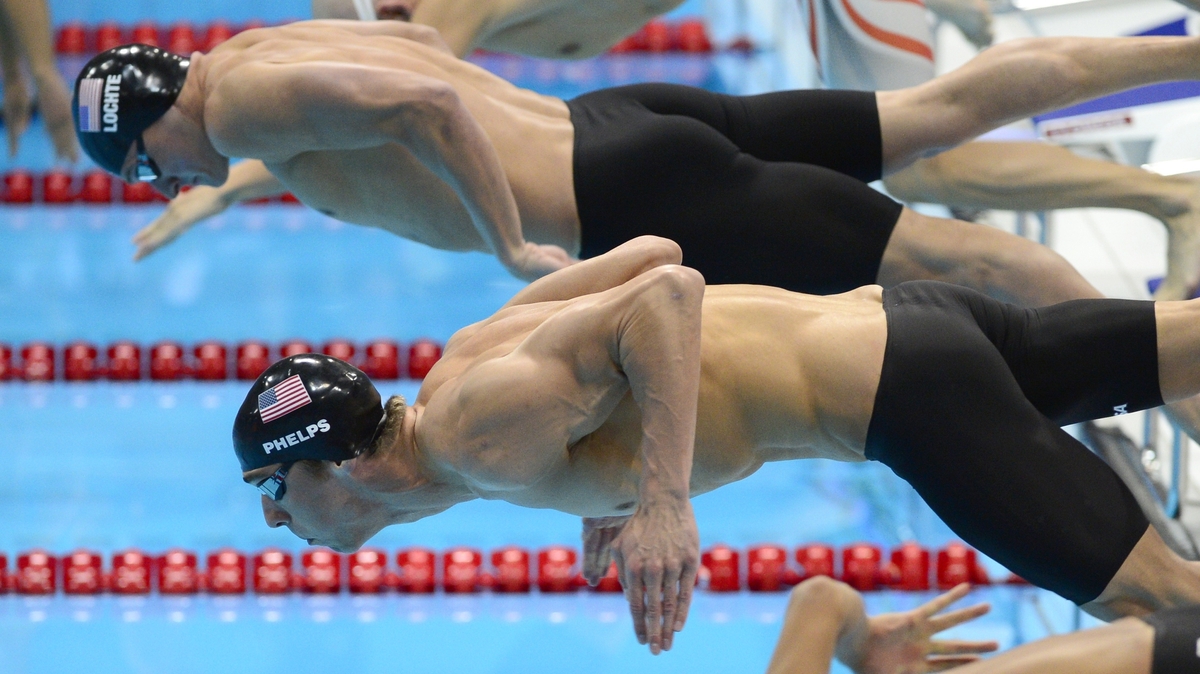 Swimmers Michael Phelps and Ryan Lochte deploy their muscles to win medals for the United States at the 2012 London Olympic Games.

Every four years, we look forward to watching the jaw-dropping athleticism of the Summer Olympic Games. But — let's be frank — we also tune in to ogle the athletes' impressively toned physiques.

Of course, we know that Ryan Lochte's bulging biceps and Kerri Walsh's chiseled abs are the product of thousands of hours of hard work. But what exactly is muscle definition, and, aside from attracting our attention (and envy), what does it do?

It all starts with individual muscle cells, or fibers, says Todd Schroeder, professor of biokinesiology and physical therapy at the University of Southern California. An Olympic weightlifter might have the same number of muscle cells as someone watching them on TV, but training makes each of those cells much larger.

And when it comes to building big muscle cells, if there's no pain, there's no gain.

"When you work out, you get sore," says Schroeder. "That soreness is muscle damage, and that's OK. Muscle damage signals the muscle cell to produce more protein, so that you get more proteins within that muscle fiber."

The more protein that's generated within each of these fibers, the larger and stronger the muscle becomes.

And just as four sprinters work together to achieve the fastest relay time, thousands of protein-packed cells add up to make one big, strong muscle.

Schroeder says that other triggers for muscle growth, frequently exploited through doping, include hormones such as testosterone and insulin. And scientists have also recently discovered that the female sex hormone estrogen plays an important role in the recovery of muscle cells damaged during training.

Olympians tend to have another advantage when it comes to building muscle: good genes. Genes that encourage muscle development are most active when we are children, but in some people these genes stay very active even into adulthood, according to a recent article in Scientific American. Different genes also determine the cellular makeup of your muscles and the ratio of muscle fibers good for sprinting to fibers good for endurance.

As it turns out, though, the ability to build the right muscles is only part of the equation of the great bod, says Schroeder. That's because beautifully toned muscles might not be visible if they're hidden under fat around the stomach or elsewhere. Everyone has an insulating layer of fat that resides under the skin, but an Olympian diet and intense training, specifically aerobic and endurance exercises, significantly reduce it, he says.

There are surgical procedures that claim to remove stomach fat and give you that swimmer's six-pack. But Schroeder says that the results often don't last; a large part of how you look is again heavily influenced by the genes you're dealt.

"People can have liposuction and suck out a lot of that fat that's overlying the abdominal muscles. But their body will self-regulate," he says. "Everyone has that genetic set point of fat cells and the body knows when all of a sudden that's changed, and it's going to take you back to that ... number of fat cells that you had before."

So alas, there probably isn't an easy nip and tuck that can make you look like Michael Phelps. But Schroeder says that a healthy combination of diet, fat-burning endurance training, and muscle-building resistance exercises will put you on the right track towards toned muscles.