Accessibility links
In British Emergency Room, 'There's No Card To Show; There Are No Bills' : Shots - Health News If the London Olympics opening ceremony's tribute to the National Health Service is any indication, Brits are pleased with their health care system. But what would greet an American at a hospital in the U.K.? 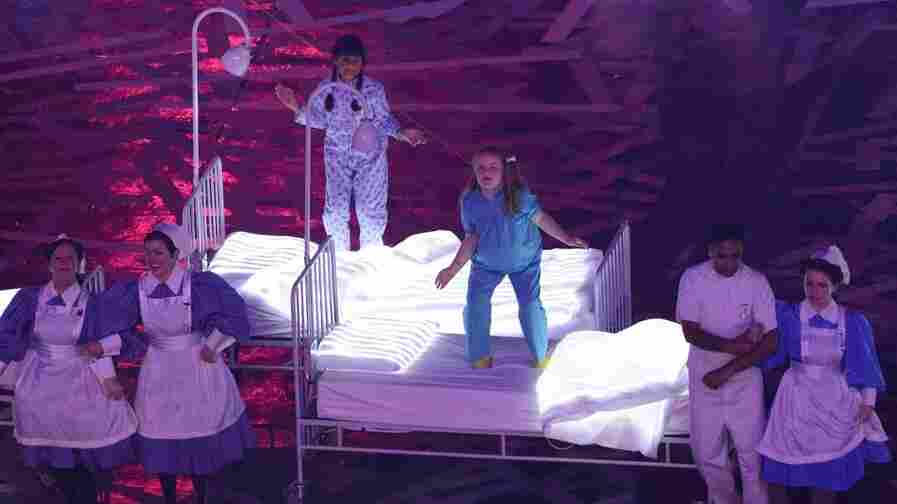 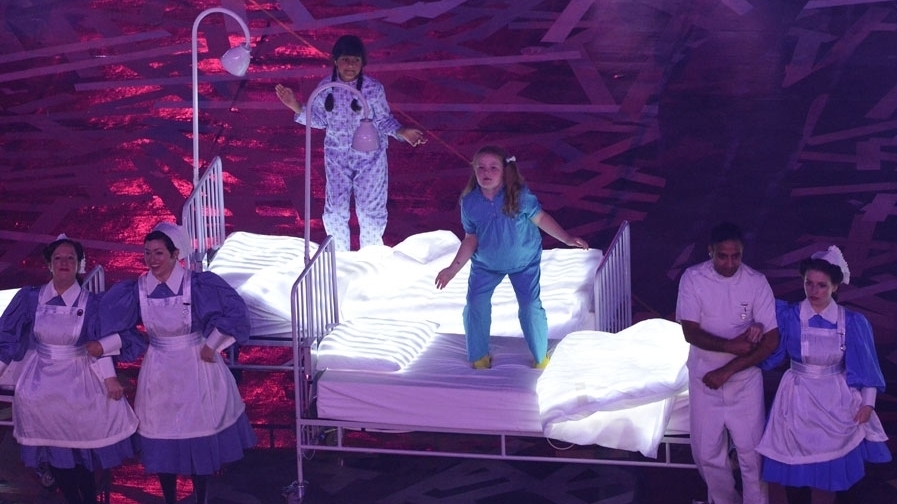 The Opening Ceremony of the London 2012 Olympic Games included a paean to the National Health Service, the U.K.'s socialized healthcare system.

If any of the 700 athletes in London for the Olympic Games are unlucky enough to get injured, they'll get treated at a state-of-the-art polyclinic situated inside the park. But for the half-million tourists, it's straight to a British hospital for serious ailments requiring medical attention.

For most Americans in London to see the games, though, a visit to the emergency room would be a truly foreign affair.

You may be familiar with the National Health Service — Britain's tax-funded public health care system. It fell prey to rhetorical vitriol during the Affordable Care Act debate stateside, when the shortcomings of British-style socialized health care were lambasted by U.S. politicians keen on avoiding a similar system.

That may have partially inspired Danny Boyle's none-too-subtle paean to the NHS during the Olympic opening ceremonies, which some said were a retroactive jab at the American political cacophony of 2009 and 2010.

And whether he intended to make a comparison or not, U.S. health care is pretty different from its British counterpart.

Take the American tourist. A visit to a U.K. hospital after an emergency or accident would be free of charge. A trip to the doctor? The same.

So while the Affordable Care Act will expand Medicaid for some in the U.S. and make it possible for more people to buy private insurance, it's got nothing on Britain's single-payer system.

A tourist visiting an emergency room in the U.S. would encounter questions about insurance, as well as a mountain of paperwork. And they might just leave with a bill. In the U.K., the system is funded by taxpayers — it costs about $5.85 per day for someone making the equivalent of $30,000 a year.

As Anna Walnycki, a Ph.D. candidate in London (and, full disclosure, an old friend of mine), puts it, payment is not part of a visit to the emergency room — for anyone.

"My mum ran an accident and emergency department for 35 years, and they never questioned the people that came in ..." she writes. "They have duty of care. We don't have an ID system in the U.K., and it's not the place of medical staff to ask; they are there to provide emergency health care to everyone. There's no card to show; there are no bills."

And while the National Health Service and its overseer, the National Institute for Health and Clinical Excellence, has faced criticism over their handling of long-term care, overall health outcomes for Britain outrank the U.S., according to the World Health Organization.