Accessibility links
Kinesio Tape Plasters Olympians, But Not All The Science Sticks : Shots - Health News Said to ease pain and treat muscle injuries, brightly colored Kinesio tape is all over the Olympics, from the track to the diving platform. Some athletes say it's superior to other tape for recovery and performance, but the research on it doesn't always agree.

Kinesio Tape Plasters Olympians, But Not All The Science Sticks

Kinesio Tape Plasters Olympians, But Not All The Science Sticks 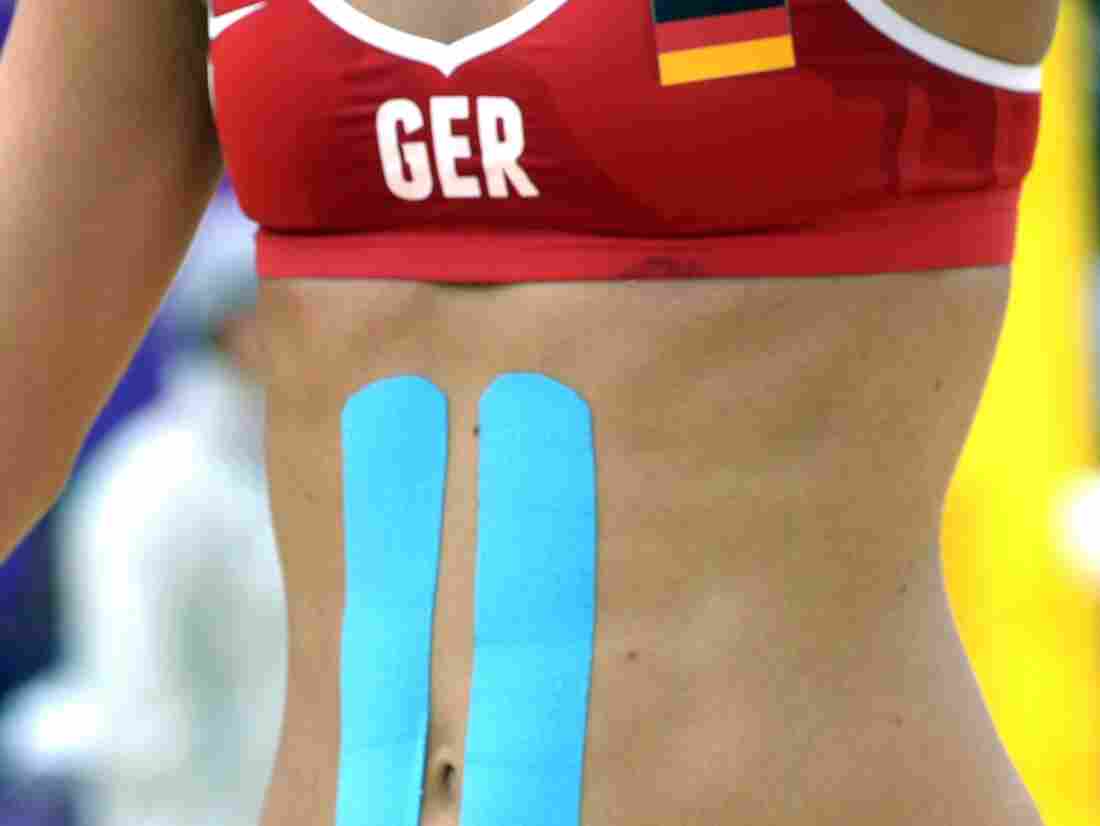 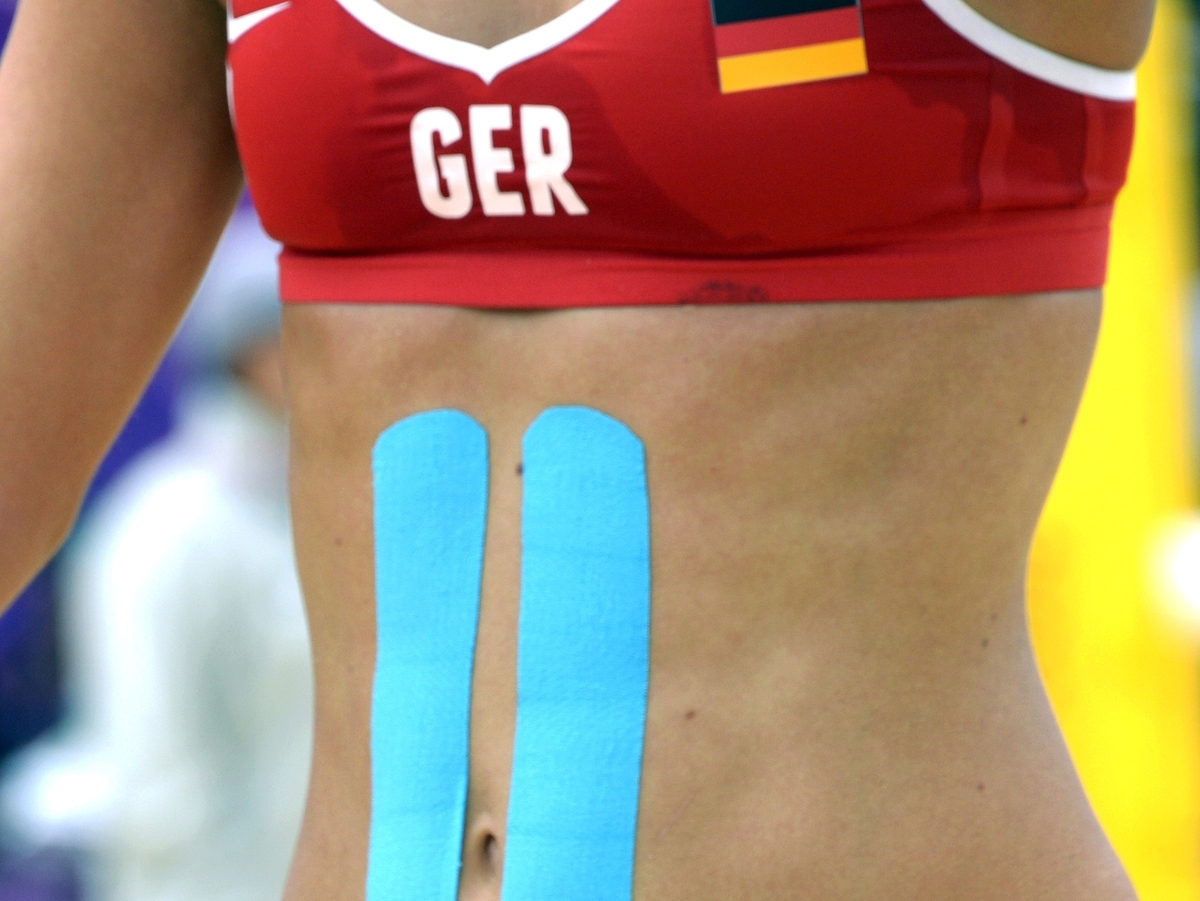 Sports injuries are as much a part of the Olympic Games as gold medals and doping allegations.

And when pain strikes, many athletes in London turn to a conspicuous crutch: Kinesio, a soft and stretchy cotton tape available in neon hues. You've likely seen it adorning the bulging quadriceps, shoulders and abs of athletes on television.

But apart from being a flashy, sporty fashion statement of sorts, does this stuff actually help athletes perform better?

Michael Good, international director of the Kinesio Holding Corporation, unsurprisingly, says yes. The tape was designed by Kenzo Kase, a Japanese chiropractor and acupuncturist, to support injured muscles, increase range of motion, and decrease muscle pain. The Kinesio website claims Kase was frustrated with the rigid athletic tapes on the market and felt his patients needed something with "a texture and elasticity very close to living human tissue."

Though Good says the tape has been used in Olympic competition since 1988, it got a big boost when the company donated rolls to physical therapists to use on athletes at the 2008 Beijing Olympics. As Olympic athletes plastered in bright blue stripes danced across screens around the world, the company soon watched its online sales triple.

Now athletes ranging from the Green Bay Packers to Lance Armstrong swear by the stuff, and some independent research supports the athletes' loyalty. A 2008 study of college-aged patients with rotator cuff tendonitis, a shoulder injury, noted improved range of motion and less pain when Kinesio tape was applied as directed.

But some sports performance researchers think the company might be making lofty medical claims for what is, essentially, a piece of sticky cloth. A February 2012 review of existing Kinesio research concluded that "there was little quality evidence to support the use of [Kinesio tape] over other types of elastic taping in the management or prevention of sports injuries."

Results from actual patients in the clinic are pretty inconsistent too, says Amy Powell, an associate professor of sports medicine at the University of Utah School of Medicine. Powell is also on the board of directors for the American Medical Society for Sports Medicine.

"[In the clinic] it seems to be that there is a set of people [with shoulder injuries] who respond well, but it could also be the idea that any kind of tape would offer them structural support in the shoulder," Powell says. She also says that the tape doesn't work for every ache and pain, including her own Achilles tendon injury.

Powell says she thinks the tape can be useful, but it probably isn't the miracle worker Kinesio claims it can be. "This is one of those Band-Aid kind of things; it will allow [athletes] to do their physical therapy to get back to their athletic activities more quickly," she says. "I think the company advertises it as more of a cure, but I see it as more of an aid. If things like Kinesio tape can aid rehab, then that's great, that's one of our goals."

Even Good admits that the science hasn't caught up with the anecdotal evidence and the results that athletes have seen with Kinesio tape. But Powell says that in the athletic community, a lack of hard evidence may not even matter.

"Anything that [athletes] perceive as an edge, they'll try, whether it's scientific or not. And the athletes are convinced that [Kinesio tape] is really helpful," she says. "It wouldn't be the worst placebo in the world; it's not doing any harm."

More Olympians in London wearing the tape won't do the company's revenue any harm either. Good says sales are up 300 percent since 2008.