Accessibility links
Justice Department Looks For Ways To Recruit Forensic Pathologists : Shots - Health News Despite the popularity of crime dramas like CSI, few medical students go into forensic pathology. The Justice Department says they could be lured into the field with better financial incentives. 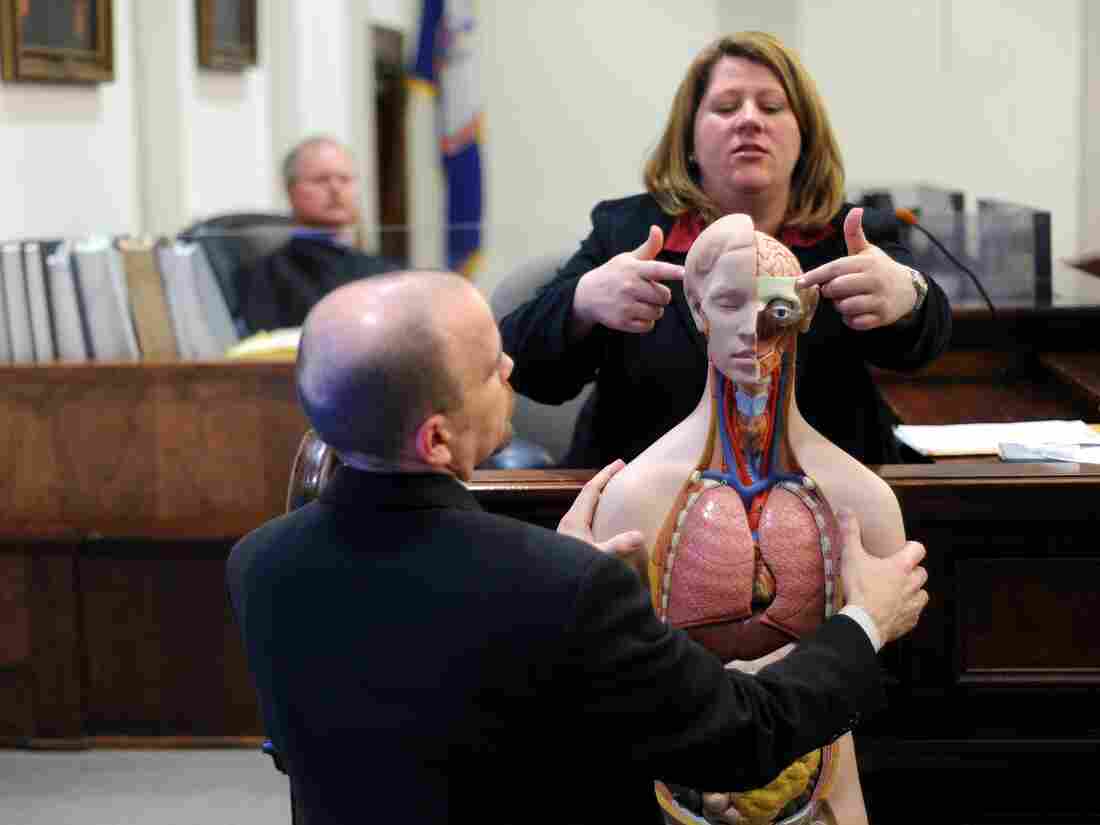 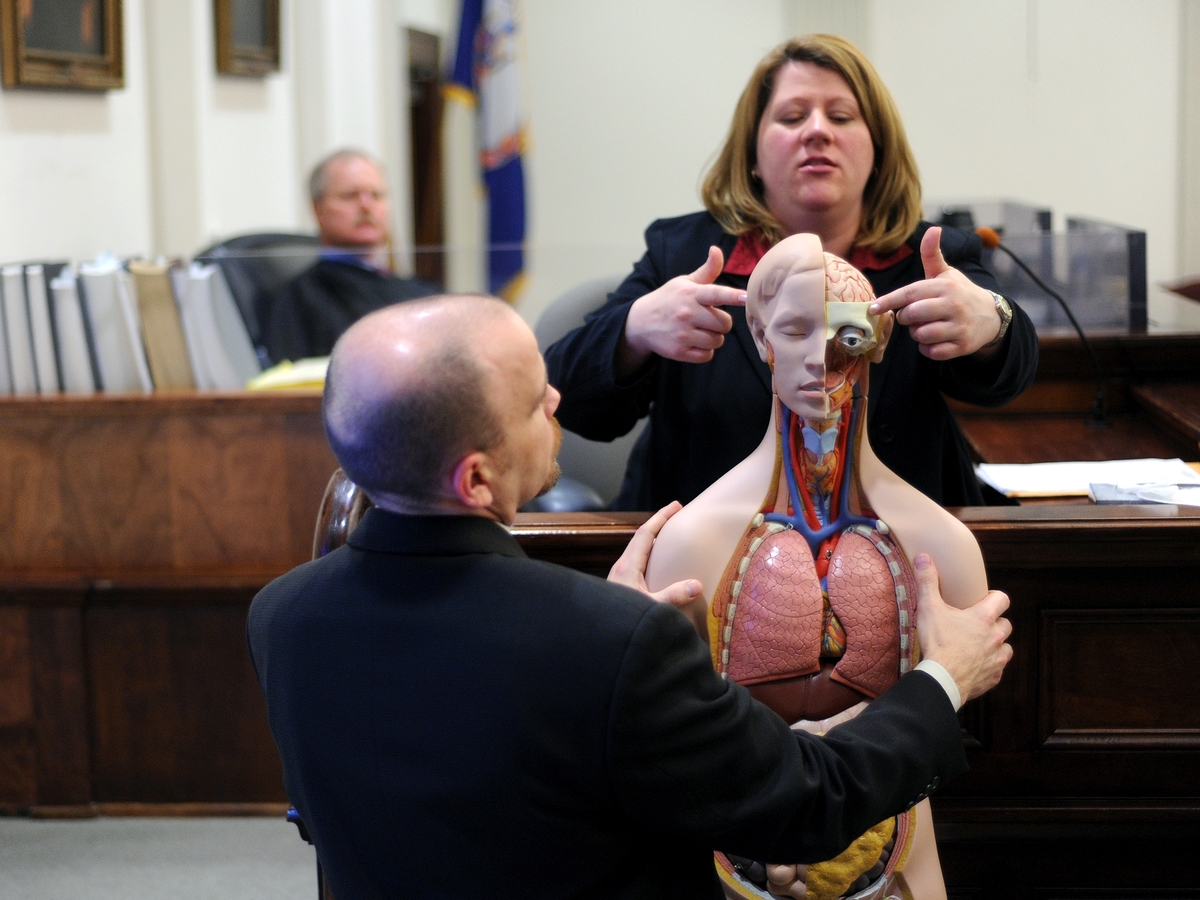 Dr. Amy Tharp, a forensic pathologist, explains gun shot wounds on an anatomical model during her testimony in Bedford, Va. in March 2010.

Television crime dramas may draw big audiences, but they don't seem to work as a recruiting tool for forensic pathologists.

A draft report by a Justice Department scientific working group laments the nation's shortage of these specialists who perform autopsies to determine the cause of death, whether from disease or foul play. It also suggests several ways — including financial incentives — to persuade medical students to choose pathology over other specialties.

Forensic pathologists' dwindling numbers have implications for the health care system that don't show up in the plot lines of CBS' CSI: Crime Scene Investigation or Quincy.

According to Dr. Randy Hanzlick, the vice chairman of the scientific working group that prepared the report, the dearth of board-certified pathologists means many jurisdictions are ill-equipped to look for unexpected diseases and other risks to public health.

"This is an extreme example, but if someone is driving down highway and gets killed, without the proper training someone might miss the fact they've been shot," said Hanzlick. "If we take it for granted, we are not going to find the unexpected case."

Without enough forensic pathologists, many jurisdictions rely on people without the right training to do the job. An investigation by ProPublica, PBS Frontline and NPR found in 2011 that more than 1 in 5 physicians working in the country's busiest morgues—including the chief medical examiner of Washington, D.C.—are not board certified in forensic pathology.

"If you have lay people filling out the death certificate, they may not be as good as they could be," said Hanzlick, who is the chief medical examiner in Fulton County, Ga. "[Jurisdictions] may have to hire on a part-time basis, and may not be able to get an autopsy."

The national autopsy rate is down to a "miserably low" 8.5 percent, with only 4.3 percent of disease-caused deaths undergoing autopsy, the report says. That means there's less available data on whether medical procedures were performed properly.

"A general autopsy itself is a very valuable tool in medicine," said Dr. Stephen Cina, chairman of the College of American Pathologists Forensic Pathology Committee. "Medical autopsy can assess therapy if someone dies of a disease. What better way to determine skill than with an autopsy?"

Medical autopsies also contribute to medical research and to understanding the progression of diseases. In addition, they can alert families to potential risks, Cina said. "Let's say someone dies of a car crash, but we notice breast cancer during the autopsy. We can tell the family that they have now have a history of breast cancer in the family."

The report identifies a number of causes for the current low rate of autopsy, from limited medical school training programs to low pay. It says medical schools need to offer more loans and make programs more visible to attract people to the field.

The Justice Department report is open for comment through Aug. 22.