Accessibility links
Thousands Of Hospitals Face Penalties For High Readmission Rates : Shots - Health News Nearly one in five Medicare beneficiaries is readmitted within a month, and a new effort under the Affordable Care Act wants to change that by penalizing hospitals with high readmission rates. But hospitals say it will be counterproductive. 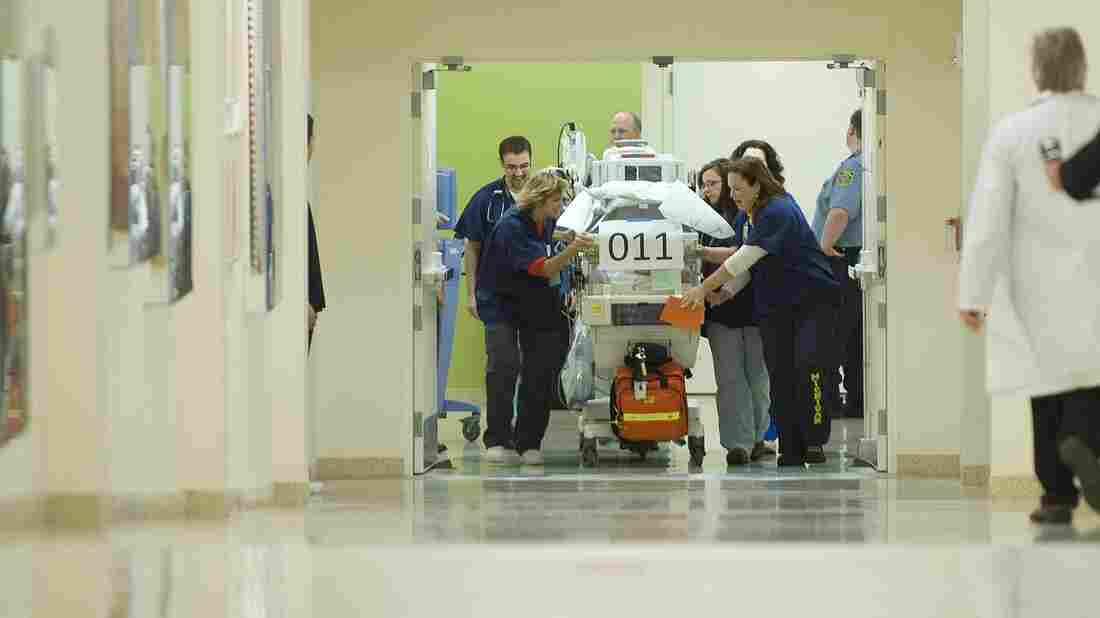 C.S. Mott Women and Children's Hospital is part of the University of Michigan Ann Arbor Health System, one of the organizations Medicare is penalizing for its high readmission rate. Lon Horwedel/AP hide caption 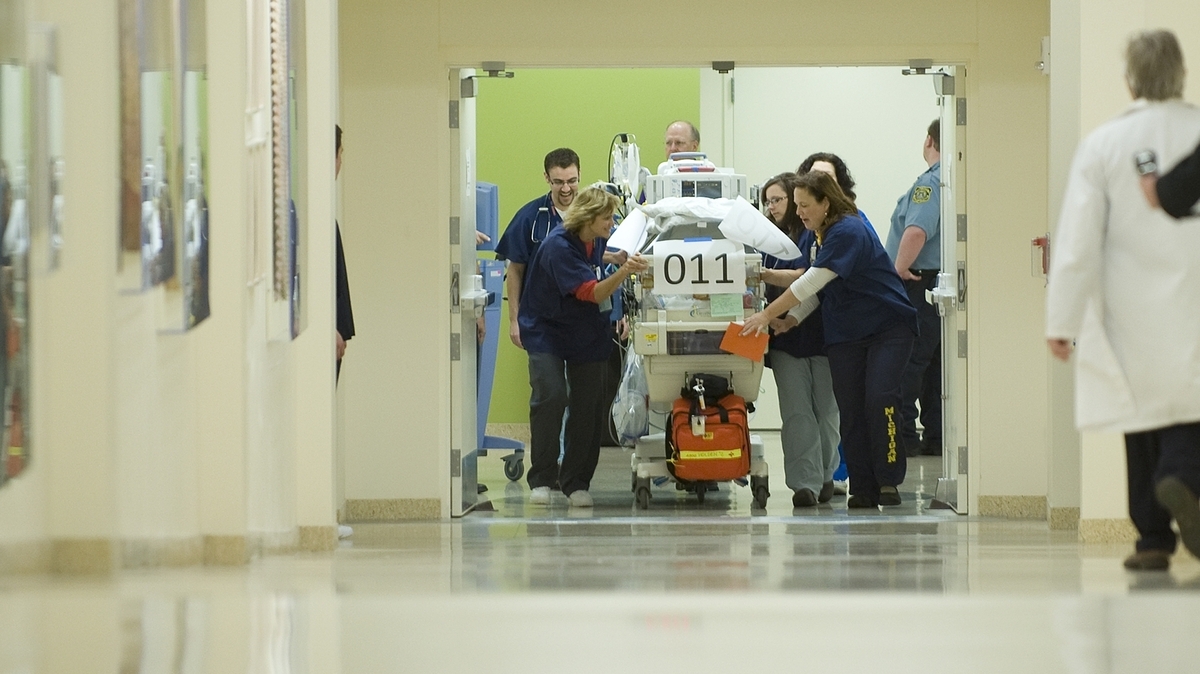 C.S. Mott Women and Children's Hospital is part of the University of Michigan Ann Arbor Health System, one of the organizations Medicare is penalizing for its high readmission rate.

Medicare is cracking down on hospital readmissions in a way that is going to hurt the bottom line of facilities in most parts of the nation.

Come October, 2,211 hospitals will have their Medicare reimbursements reduced by as much as 1 percent, records show. It's part of a new effort, authorized by the Affordable Care Act, to get hospitals to pay more attention to ensuring that patients receive the care they need after they leave. Nearly 1 in 5 Medicare beneficiaries is readmitted within a month.

Among the hospitals getting penalized are many big names, including Mount Sinai Hospital and New York-Presbyterian Hospital in Manhattan, the University of Michigan Health System in Ann Arbor and Yale-New Haven Hospital in Connecticut. (There's a bit of irony in that last one, as Yale researchers helped Medicare measure readmissions.)

Massachusetts General Hospital, just lauded as the best hospital in the country by U.S. News, will lose one half a percent of Medicare payments for each admitted patient. A total of 278 hospitals are getting the maximum penalty. You can look up your hospital here.

Unsurprisingly, the punishments are not going down well among hospitals, which view the penalties as counterproductive. "You're probably going to end up penalizing those very places that need to put resources into patients when they leave the hospital," says Atul Grover, chief public policy officer of the Association of American Medical Colleges.

Doctors say the reasons many of their patients return—not filling the prescriptions they get or adhering to appropriate diets—are beyond their control. Hospitals with many low-income or black patients tend to have higher readmissions, they complain, and indeed the brunt of the readmission penalties is falling on hospitals with the poorest patient populations.

"It's our mission, it's good, it's what we want to do, but to be penalized because we care for those folks doesn't seem right," says John Lynch, chief medical officer at Barnes-Jewish Hospital in St. Louis, which will lose 1 percent of its reimbursements.

Plus, hospitals say, sometimes readmissions are necessary; in fact a few hospitals getting the maximum penalty, like Olympia Medical Center in Los Angeles, actually have some of the lowest mortality rates in the country.

Dr. Eric Coleman, a national expert on readmissions at the University of Colorado School of Medicine, says hospitals are starting to pay attention to readmissions, which used to be welcomed by some executives because the second admission meant more revenue. "I'm not sure penalties alone are going to move the needle," Coleman says, "but they have raised awareness and moved many hospitals to action."

A previous version of this story incorrectly said that Medicare readmissions would be reduced by 1 percent. It is reimbursements that will be reduced.