Accessibility links
Decline In Circumcisions Could Prove Costly : Shots - Health News Over the past two decades, circumcision rates in the U.S. have fallen to 55 percent from a peak of about 79 percent. A new analysis from Johns Hopkins researchers suggests the decline will add to health care costs. 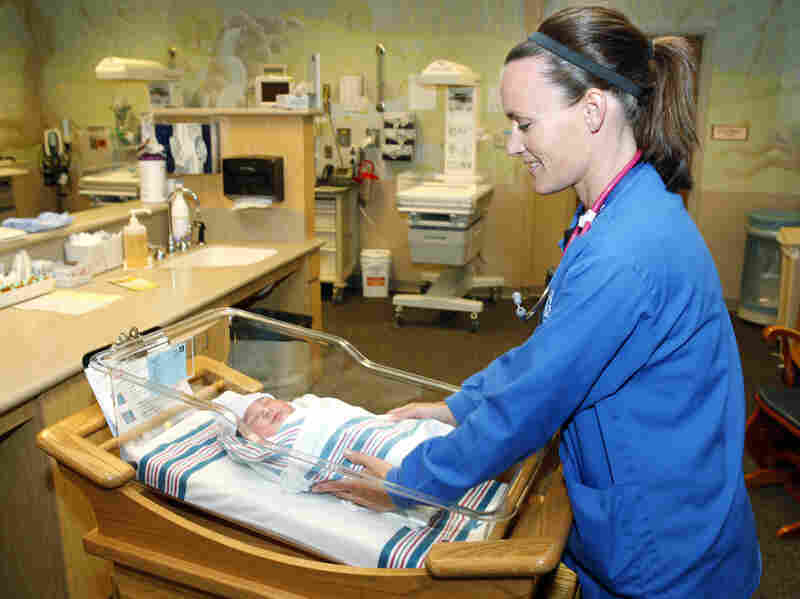 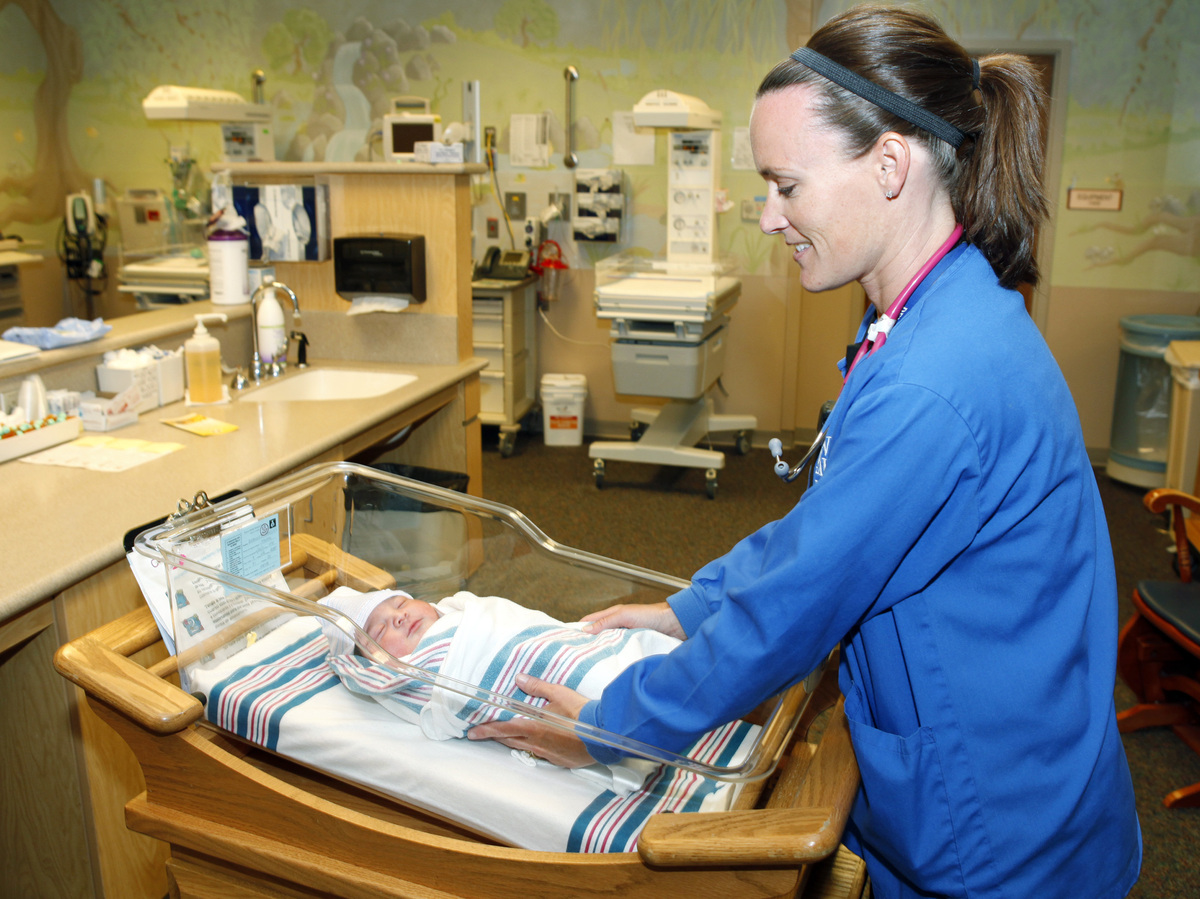 Nurse Angie Hagen tends to a newborn boy in the nursery at Denver Health medical facility in Denver in June 2011. The following month Colorado ended coverage for routine circumcisions under Medicaid.

Fewer boys are being circumcised these days, and that could add to health costs down the road.

Over the past two decades, circumcision rates in the U.S. have fallen to 55 percent from a peak of about 79 percent. Insurance coverage for the procedure has also fallen — particularly under Medicaid — and is a factor in the decline.

Yet three separate studies have found that circumcision reduces the risks of infection with HIV, leading the World Health Organization to recommend it in places where HIV risk runs high. Kenya, for one, is turning to circumcision of adult men to curb the spread of the virus there.

Circumcision also reduces the risk of infection with genital herpes virus and human papillomavirus. The practice can also reduce urinary tract infections in young boys. Later on, men's female sex partners are less likely to develop some infections if the guys are circumcised.

Johns Hopkins researchers analyzed how declines in circumcision would affect future health care costs, including what would happen if the rate fell to 10 percent, which is the average in Europe. The change — up or down — in HIV infections is the biggest factor.

So what's the tab? If the circumcision rate fell to 10 percent, the annual net increase in health care costs would be about a half-billion dollars a year. The findings appear in the latest issue of Archives of Pediatrics and Adolescent Medicine.

Johns Hopkins pathologist Aaron Tobian, senior author on the paper, tells Shots an increase in health costs tied to less frequent circumcision is already happening. He lays some of the blame on the American Academy of Pediatrics, whose 1999 policy statement says the "data are not sufficient to recommend routine neonatal circumcision."

Tobian says that data gathered since then show that position is wrong. "The trials were amazingly consistent," he says.

The American Academy of Pediatrics declined to comment. But we won't have to wait too long for more from the group. Next Monday, a long-awaited update to the group's circumcision policy is set to be published.

Of course, complications from circumcision are possible, though most, such as bleeding, are mild and don't last long. Critics of circumcision dispute the benefits and say it can lead to sexual problems. "There's no hard evidence circumcision is causing problems with sexual function or satisfaction," Tobian says.

Medicaid programs in 18 states no longer cover circumcision. Short-term cost savings is one reason. Tobian says the lack of a statement in favor of circumcision from the pediatricians' group is another factor. The absence suggests circumcision is "an elective procedure without benefit." And, he says, that's untrue.