Accessibility links
High School Daze: The Perils Of Sacrificing Sleep For Late-Night Studying : Shots - Health News A new study finds that when teens don't get the sleep they need on a given night, the next day all kinds of things can go poorly. The study builds on a body of evidence that finds sleep and learning are inextricably linked. 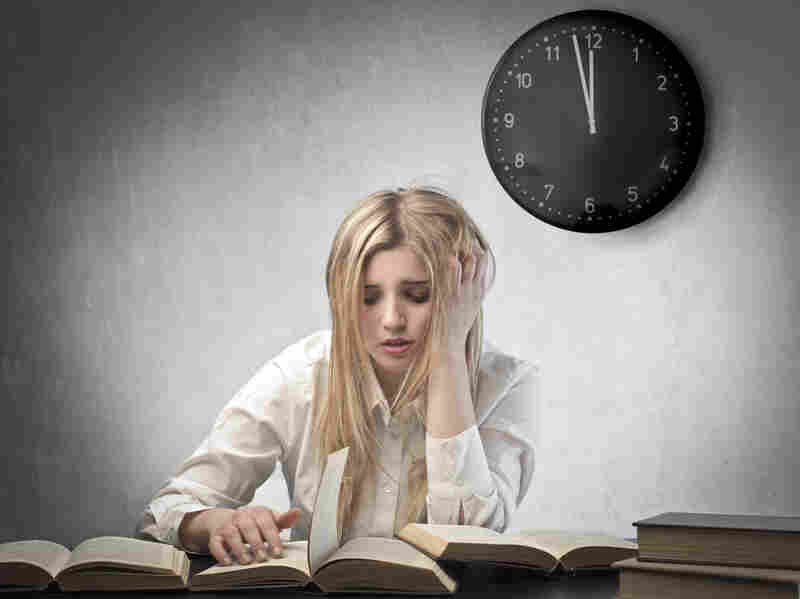 It may not be the best strategy to stay up late and cram. A new study finds that when teens don't get the sleep they need, all kinds of things can go poorly. iStockphoto.com hide caption 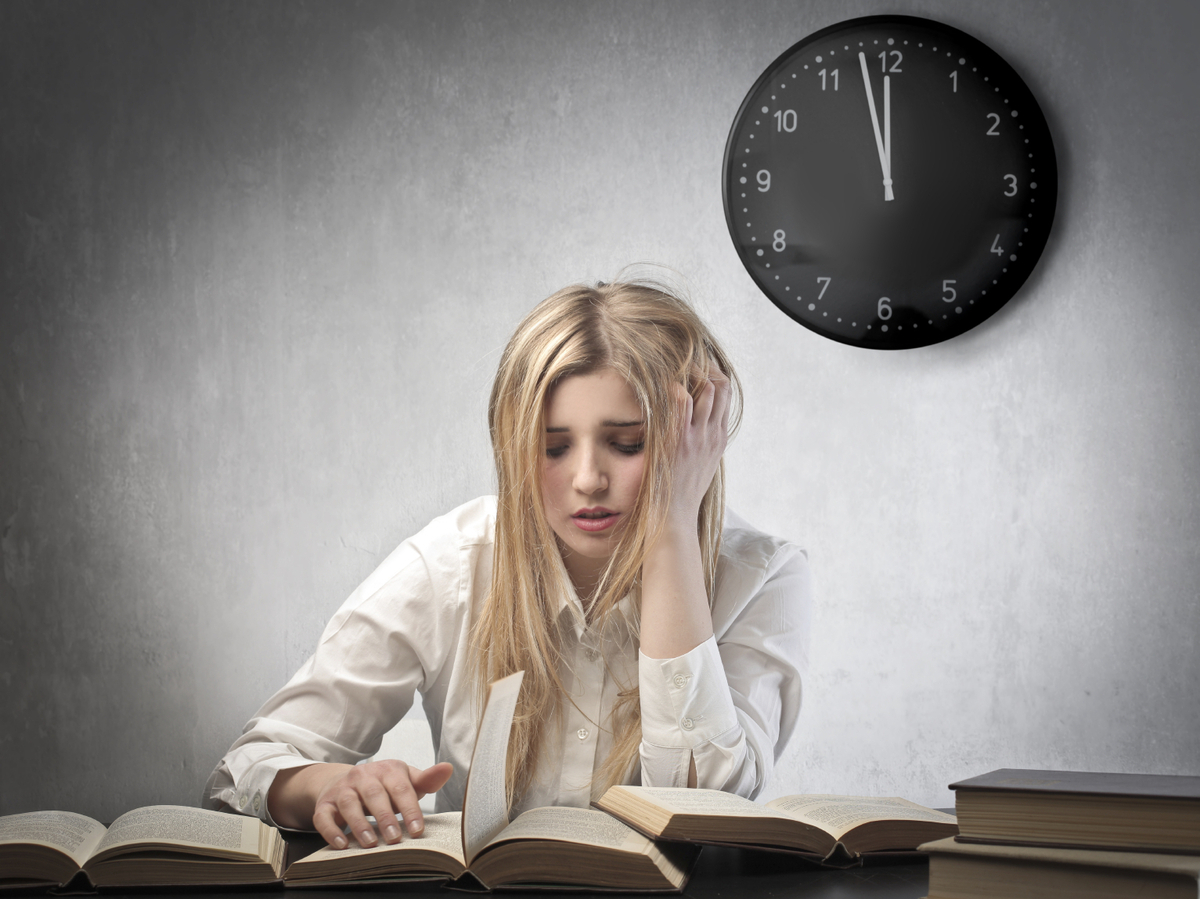 It may not be the best strategy to stay up late and cram. A new study finds that when teens don't get the sleep they need, all kinds of things can go poorly.

High school students with heavy academic course loads often find the demands of homework colliding with the need for adequate sleep. And a new study published in the journal Child Development finds that when teens don't get the sleep they need on a given night, the next day all kinds of things can go poorly.

"What we learned is that when kids cram, particularly at the expense of sleep, the next day they're more likely to have academic problems even though they spent more time studying that night," explains researcher Andrew Fuligni of UCLA.

"These findings may come as a surprise to many researchers, educators, parents and teens who assume that more studying will surely lead to better grades," says Amy Wolfson, a professor of psychology at the College of the Holy Cross in Worcester, Mass.

The study builds on a body of evidence that finds sleep and learning are inextricably linked.

"Lots of things happen during sleep," explains Helene Emsellem, director of The Center for Sleep and Wake Disorders in Chevy Chase, Md. "We don't just physically restore ourselves." We also process all the information we've gathered during the day. "We take the information and organize it and make all the connections," Emsellem explains. Without adequate sleep, students don't learn as well.

Maybe this explains why rising 12th-grader Patrick Ottolini from suburban Washington, D.C., has realized it's not always the best strategy to stay up late and cram.

Instead of sacrificing sleep, he says, he has learned it's best to try to pace himself and find regular chunks of time each day to study. His classmate David LoBosco says he has another strategy that works for him: When it comes to prepping the night before a quiz, he finds it better to get some sleep and set the alarm.

"You know, wake up early in the morning and study," he says.

The most helpful advice Emsellem gives families? "Have a lights-out time in the house," she says.

Emsellem has outlined strategies for success in the book Snooze or Lose. This can be helpful for teens — and their parents.

Wolfson says one caution about the new study is that the data are entirely self-reported rather than drawn from report cards or teacher reports. But she says it's important research that adds to our "need to remind school districts to think seriously about school start times, homework policies and the need to teach study skills and health to developing adolescents."

Here are some additional tips from Wolfson:

1. Keep a regular sleep-wake schedule throughout the week. When your schedule varies by more than 60 to 90 minutes day to day (or school nights vs. weekend nights), this can have negative consequences for academics, mood and health.

3. Keep a regular study schedule: Trying to study late at night interferes with a teen's ability to get a sufficient amount of sleep, and may create an irregular sleep-wake schedule as noted above.

4. Minimize high-tech in one's sleep environment and particularly in the hour before trying to fall asleep (such as: text messaging, computer work/games, watching videos, etc.). These activities will also interfere with falling asleep and might wake you up at night if you keep your cellphone on during the night.

5. Eliminate caffeine from your diet, particularly 3 to 5 hours before trying to fall asleep.