Accessibility links
Could Antibiotics Be A Factor In Childhood Obesity? : Shots - Health News Two studies suggest that antibiotics early in life may contribute to childhood weight gain. Experiments in mice and a look at the weight of more than 11,500 British babies point in the same direction.

Could Antibiotics Be A Factor In Childhood Obesity?

Could Antibiotics Be A Factor In Childhood Obesity? 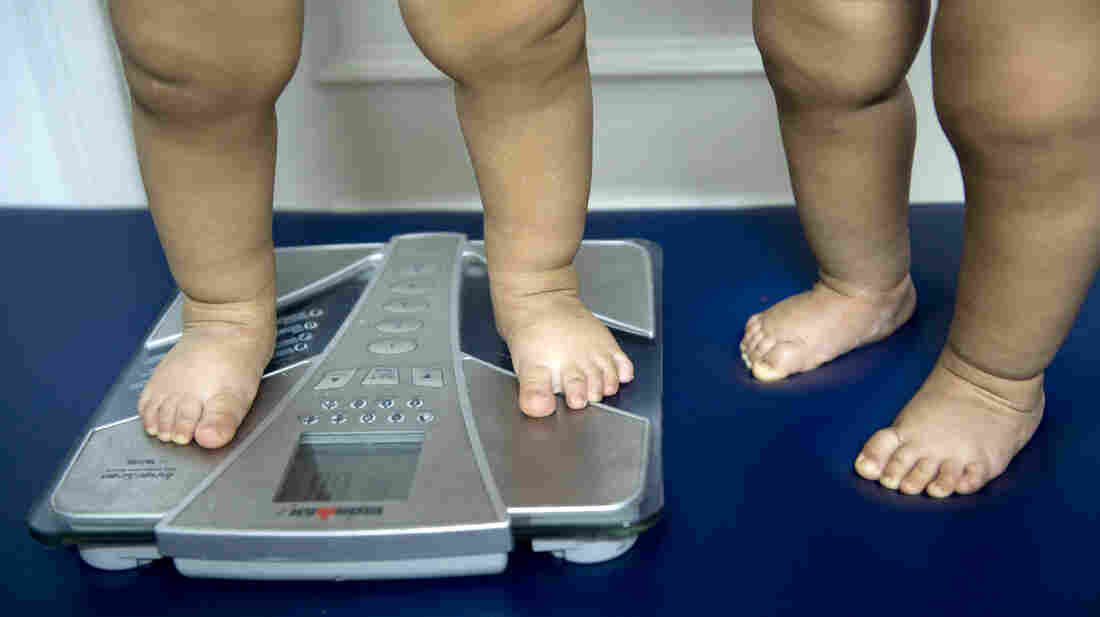 Childhood obesity is on the rise in many countries and overuse of antibiotics is now on the radar as a possible factor in the epidemic. Here 18-month-old twins are weighed in a nutritionist's office in Colombia. Raul Arboleda/AFP/Getty Images hide caption 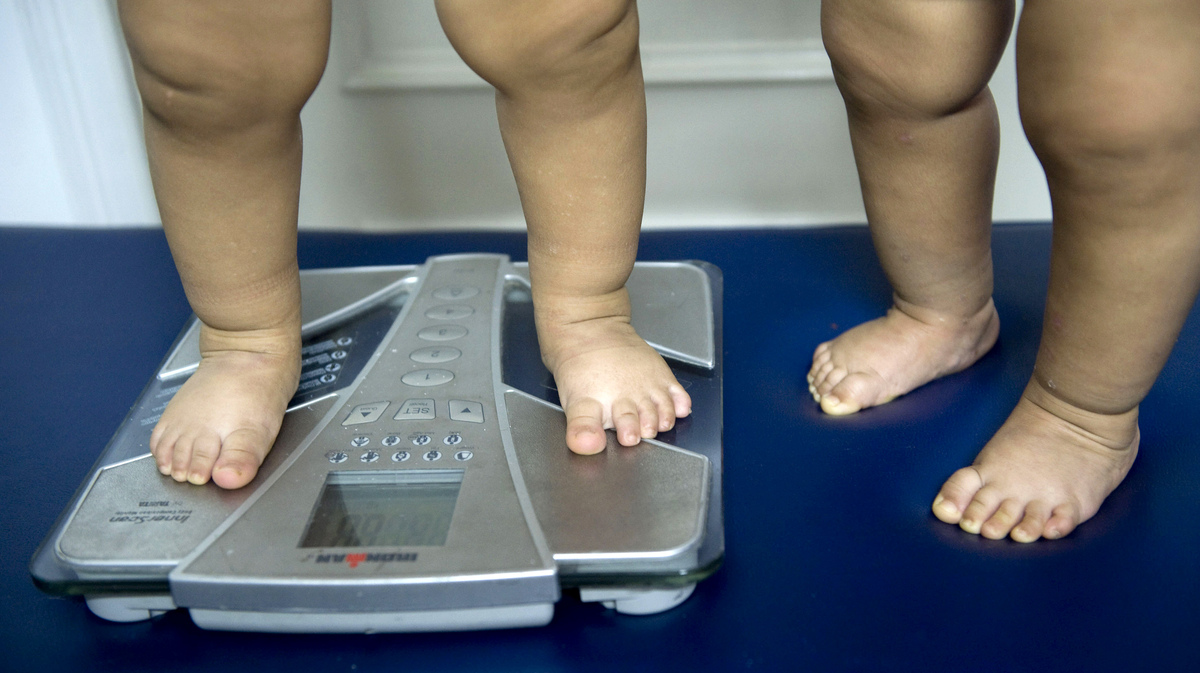 Childhood obesity is on the rise in many countries and overuse of antibiotics is now on the radar as a possible factor in the epidemic. Here 18-month-old twins are weighed in a nutritionist's office in Colombia.

There's growing evidence that the bacteria in our gut influence our health, including how much we weigh. So what happens when antibiotics knock out some of the microbes that help us?

A study, published online today in the journal Nature, finds that antibiotics make young mice fatter by changing the mix of their gut bacteria.

Another report, published Tuesday in the International Journal of Obesity, suggests that these findings may have implications for people, too. Babies given antibiotics within the first 6 months of life were more likely to be overweight as toddlers than babies not exposed to the drugs, though the study couldn't prove antibiotics were the cause.

Since the 1950s, farmers have known that small amounts of antibiotics increase the weight of livestock by as much as 15 percent. But exactly how these drugs fatten up cattle, pigs and chickens is a bit mysterious.

To help figure it out, microbiologists at the New York University School of Medicine gave mice low doses of antibiotics for seven weeks after birth. The mice that got the drugs had an increase in body fat of about 2 to 4 percent. And, over time their weight went up, too.

The antibiotics killed some bacteria, while others flourished.

The drugs appeared to boost the ability of the mice's remaining gut bacteria to extract calories from food. The bacteria switched on genes involved in fat metabolism. This, in turn, appeared to prompted the animals to make and store more fat.

The end result was plumper mice with a mix of bacteria in the gut that looked like that one seen in obese animals. And that finding could shed light on what happens in humans.

In a companion study, pediatricians from NYU looked at how antibiotics may have influenced the weights of 11,500 babies born in the U.K. during the early 1990s.

Nearly 30 percent of the infants were given antibiotics within the first 6 months of life, and these children tended to be overweight or obese as toddlers when compared to babies not exposed to the drugs.

"Although the effect was small on an individual level," Dr. Leonardo Trasande, the lead pediatrician on the study, tells Shots, "we predict that that this rise in body mass would increase the overweight population in the U.S. by about 1.6 percent."

The elevated risk decreased when the children reached 7 years of age, and exposure to antibiotics later in life didn't have a significant impact on weight. In addition, the data don't show that the antibiotics cause the toddlers to be heavier. They simply demonstrate a correlation.

"Further studies are needed to confirm the trend," Dr. Martin Blaser, an infectious diseases specialist and co-author on both studies, tells Shots. Nevertheless, the results are provocative. "These two studies together suggest that there is a critical window during development when antibiotics may affect body weight," Blaser says.

Plus, if antibiotics are contributing to the obesity epidemic, it's one factor that doctors can control.

"We're not saying that children with severe infections shouldn't be treated with antibiotics," Blaser says. These findings just reinforce our need for judicious use of them.