Accessibility links
Failure Of Lilly Drug Is Latest Alzheimer's Setback : Shots - Health News It's the latest setback in a field marked by failure. Earlier this month, Pfizer and Johnson & Johnson said they were dropping development of a similar experimental drug after big clinical studies showed it wasn't working. 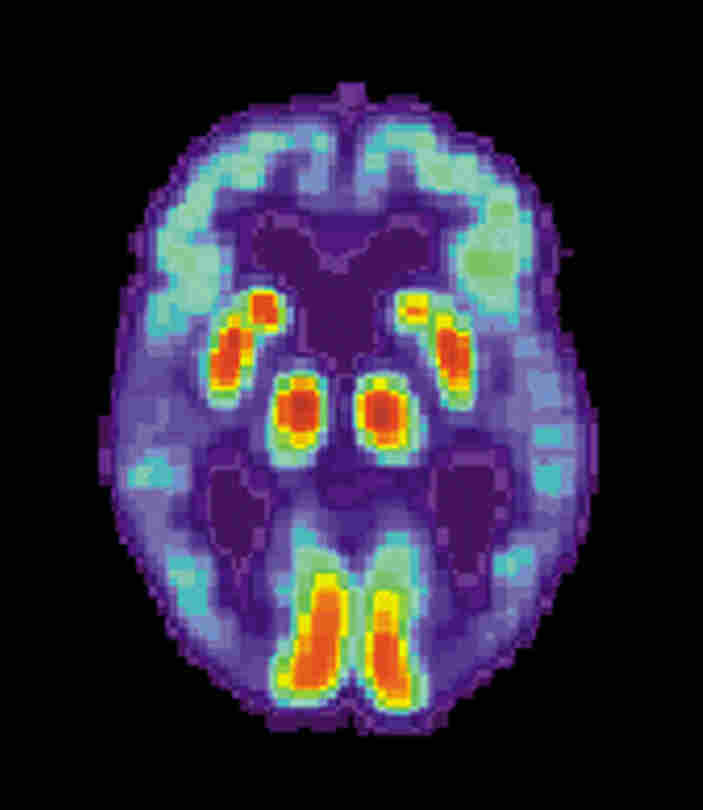 A PET scan of the brain of a person with Alzheimer's disease. U.S. National Institute on Aging/Wikimedia Commons hide caption 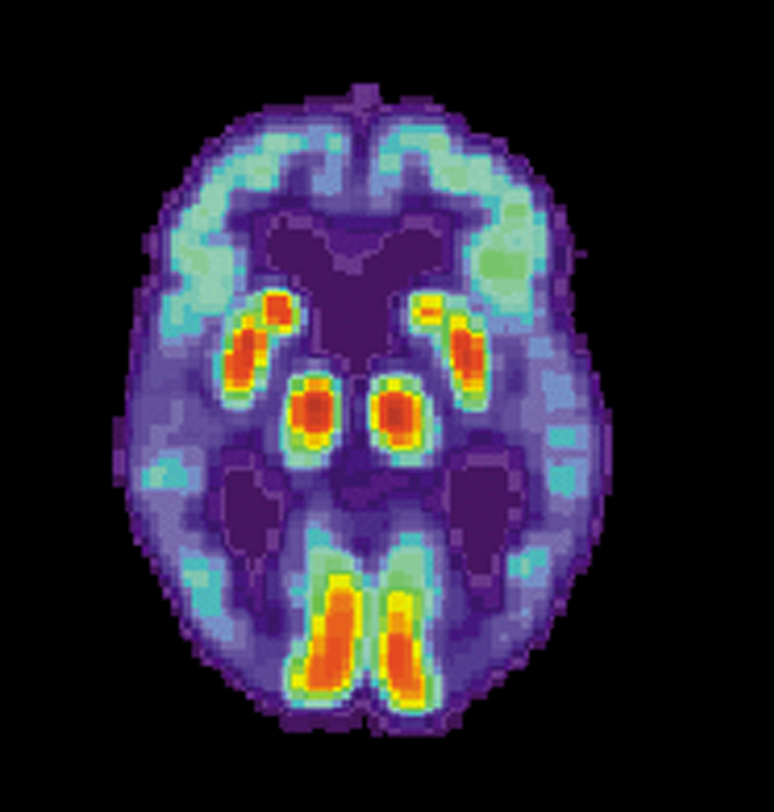 A PET scan of the brain of a person with Alzheimer's disease.

An experimental drug that aimed to slow the development of plaques and help clear them from the brains of Alzheimer's patients failed in two late-stage studies conducted by Eli Lilly & Co., the company said today.

It's another setback in a field marked by failure. Earlier this month, Pfizer and Johnson & Johnson said they were dropping development of a similar experimental drug after big clinical studies showed it wasn't working. And two years ago, Lilly announced another Alzheimer's drug flunked late-stage clinical tests.

The latest disappointment involved Lilly's solanezumab, a drug given by IV every four weeks. The studies, involving more than 2,000 patients with mild-to-moderate Alzheimer's disease, lasted a year and a half.

Patients who got the drug instead of a placebo were no better off on tests of memory and thinking. The same was true about tests on tasks of daily life.

After combining the results from both trials, Lilly said it found some reason to think there might be an effect from treatment for some patients.

"We recognize that the solanezumab studies did not meet their primary endpoints, but we are encouraged by the pooled data that appear to show a slowing of cognitive decline," said a statement from John C. Lechleiter, Ph.D., Lilly's chairman and CEO.

While acknowledging the disappointing outcome, the Alzheimer's Association said in a statement that the pooled data contained "new and encouraging information."

But the pooling of data by Lilly also drew skeptical responses. Sally Church, a drug industry consultant, tweeted that it's "truly despair" when drugmakers "raise unnecessary hope/hype for [patients] when they have a clearly failed trial."

Pieter Droppert, a colleague of Church's, rounded up some of the on-the-fly analysis, including comments from John LaMattina, formerly head of research at Pfizer, and Derek Lowe, a drug industry and science blogger. The upshot was negative.

Lilly plans to talk with regulators about what to do next. More details on the results, which were sparse today, will be presented at medical meetings in October.