Accessibility links
Can We Learn To Forget Our Memories? : Shots - Health News Our capacity to forget is as important, and certainly as interesting, as our ability to remember. But can we train ourselves to suppress certain memories, or the meaning we attach to life events? 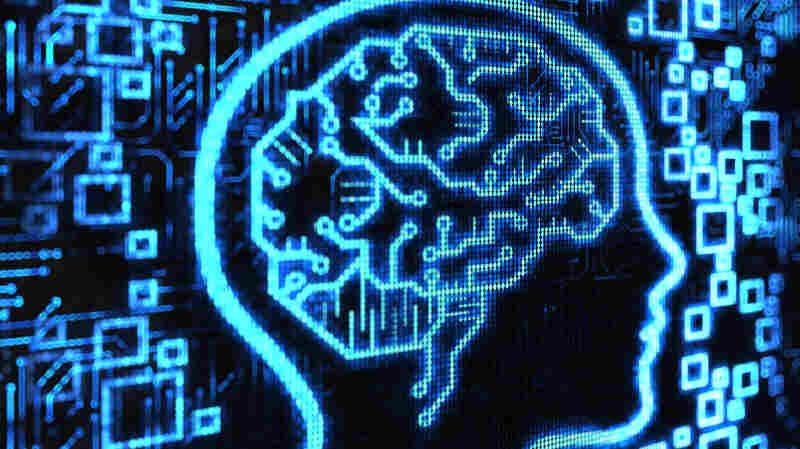 Research shows that under certain circumstances, we can train ourselves to forget details about particular memories. iStockphoto.com hide caption

Around 10 years ago, Malcolm MacLeod got interested in forgetting.

For most people, the tendency to forget is something we spend our time cursing. Where are my keys? What am I looking for in the refrigerator again? What is that woman's name?

But MacLeod, who works as a memory researcher at the University of St. Andrews in Scotland, took a radically different view of forgetting. He wanted to know if it might be possible for people to do it better, to improve their ability to forget, specifically, their ability to intentionally forget their own personal memories.

That time in fourth grade when you walked down the hall with your skirt tucked into the back of your underwear, if you sat down and practiced forgetting, could you erase it?

Certainly there were people who competed in memory competitions who practiced techniques for remembering and were wildly successful. At the 2012 USA Memory Championship in March, the returning champion, Nelson Dellis, had memorized 303 random numbers, 162 unknown names and faces, and 24 lines of poetry in a matter of hours. If you did those kind of techniques, only in a strange reverse, could you expand a person's ability to forget in the same way that memory competitors expanded their ability to remember?

MacLeod and his co-researcher, Saima Noreen, were extremely doubtful. "Autobiographical memory is so vivid, so rich, that it's going to be incredibly difficult to keep from mind those sorts of events that you've personally experienced," MacLeod says.

Still, they were curious. They figured that learning to forget could potentially help people with depression or maybe even post-traumatic stress disorder. And so they decided to give forgetting a try and went about setting up some experiments.

MacLeod and Noreen weren't the first to experiment with intentional forgetting. There's a history of psychological research into forgetting, though it's much less developed than other areas of memory research. In 2001 a cognitive scientist named Michael Anderson published a study where he taught his research subjects pairs of unrelated words (apple, desk) and then, through a procedure he developed called the "think/no think" technique, taught them to forget the pairs that they'd previously known stone cold.

And so MacLeod and Noreen took this technique as a starting point and invited a series of people into their lab.

The experiments started with MacLeod and Noreen showing their subjects a series of different words — "barbecue," "theater," "occasion," "rapid," for example — and then telling them to generate one specific personal memory in response to each word.

There were 24 words in all, and after the subjects had described their memories, they were all sent home and told to come back a week later.

The following week, when they returned, they were given a transcript of each of the memories they'd shared, along with the specific word that had generated it. They reviewed the words and memories until they knew exactly which word went with which memory, and then were put in front of a computer and told that they would see each of those words flash on the computer screen in front of them.

MacLeod and Noreen showed the subjects 16 of the 24 words over and over and over. Each time a subject either repeated the memory or blocked it. Some people apparently pictured a blank; others distracted themselves with other thoughts.

At the end of this process, the subjects were tested to see if there was a change in what they recalled. And there was -- in the memories that had been repeatedly blocked.

"There was a significant forgetting effect, about a 12 percent drop in the level of details recalled," MacLeod says. "That's a large effect."

What's interesting, though, is which part of the memories were forgotten.

To understand, consider the following transcript that was given to me by Noreen, which is based on one of the actual memories in the study. It involves a girl getting a new pair of very short pants from her mother.

The cause of the event was me wearing a new pair of trousers that my mom had bought for me for secondary school when I first started. The consequence of the event was that at lunch time when I went to the bathroom an older girl started making fun of me for having short trousers. It was the first time I felt uncomfortable with what I was wearing. It made me feel very self conscious and I hated that.

That was the original memory, but after blocking this memory again and again, certain details began to fall away. It's not that she forgot what happened, Noreen says, instead, she began to lose the personal meaning associated with that memory.

"The fact that she said, 'It was the first time I felt uncomfortable with what I was wearing,' and also she forgot that she said that it made her feel very self-conscious and she hated that," Noreen says.

Essentially the blocking caused her to lose the fact that it was emotionally painful, which, Noreen says, is what they consistently found. In general, people didn't forget the facts; they forgot how those facts made them feel — the meaning of the facts.

This, Noreen says, is probably because what a memory means is usually derived after the event takes place. And though when you tell someone your memory it seems like it's part of the memory itself, personal meaning often changes.

"Obviously, if something negative happened but you're in a happy place now, then you might interpret that negative event as being not positive but ... potentially leading to where you are now, so you can see positive in that event," Noreen says. "You're always deriving different meanings from the same event."

And because that part of our memory shifts, it's less secure and easier to forget. At least that's their theory. But they don't yet know how long this forgetting effect will last, if it might evaporate over time. They've done a year follow-up but haven't crunched the numbers on it yet and will publish after they know what the follow-up has found.

The biggest question, of course, is whether this work will ever have practical applications. Will we one day know so much about forgetting that we'll actually be able to train ourselves to forget? Noreen and MacCloud say it's way too early to tell. But they can both see ways that particular skill could be helpful. "I think everyone's probably tried to forget something," Noreen says.

Whether it has practical applications or not, both MacLeod and Noreen believe that our capacity to forget is as important, and certainly as interesting, as our ability to remember.