Accessibility links
Mitt Romney's Shifting Stance On Health Care : Shots - Health News Republican presidential hopeful Mitt Romney said Sunday that he might not want to repeal the entire Affordable Care Act after all. He said he supports the provision that assures people with pre-existing health conditions can get coverage. 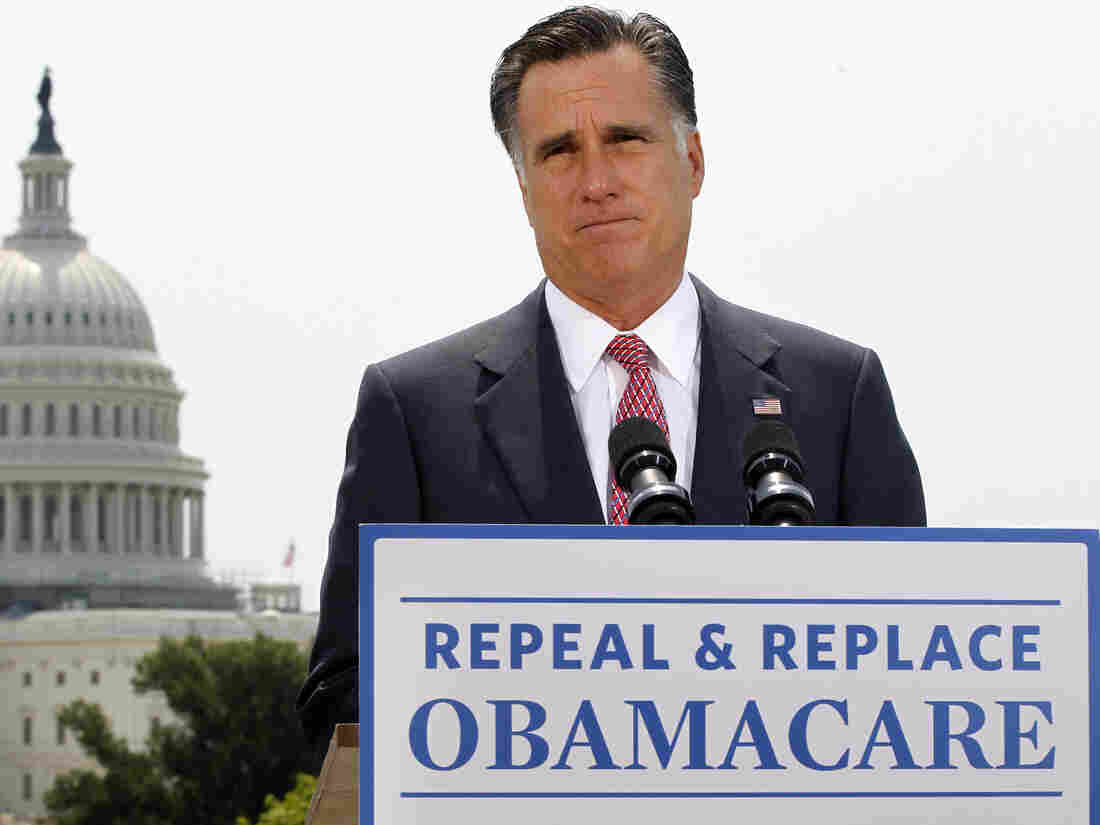 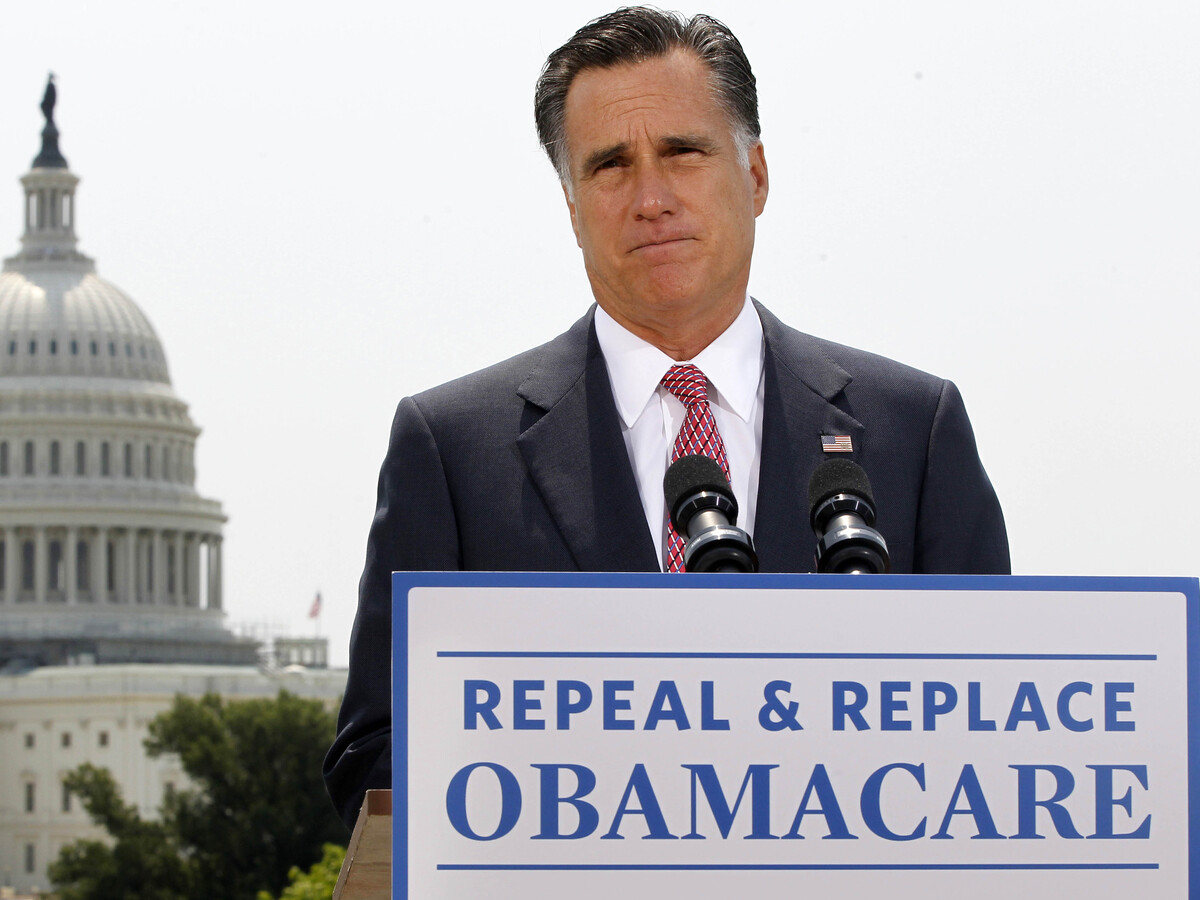 He said he might not want to repeal all of the Affordable Care Act.

"I'm not getting rid of all of health care reform," he told host David Gregory. "Of course, there are a number of things that I like in health care reform that I'm going to put in place. One is to make sure that those with pre-existing conditions can get coverage."

Of course not getting rid of the entire Affordable Care Act is not only an express violation of the Republican Party 2012 platform, but also is at odds with Romney's own position as detailed on the campaign's website.

So, not surprisingly, it was only a matter of hours before the campaign walked the candidate's comments back.

The conservative National Review Online wrote Sunday afternoon: "An aide pointed out that Romney first said on Meet the Press that 'I say we are going to replace Obamacare. And I am replacing it with my own plan.' "

Beyond that, however, a Romney aide said that plan included the idea that "in a competitive environment, the marketplace will make available plans that include coverage for what there is demand for," the National Review Online reported.

In other words, no federal requirements.

Later, that explanation was revised again, to reiterate comments Romney made in June about people with pre-existing conditions. Specifically, that "we're going to have to make sure that the law we replace Obamacare with assures that people who have a pre-existing condition, who've in insured in the past, are able to get insurance in the future."

But it turns out that's trickier than it appears.

The Affordable Care Act's ban on health insurance discrimination against people with pre-existing conditions — in terms of coverage or price — is one of that law's most popular provisions. It takes effect for adults in 2014.

Currently, millions of people can't buy health insurance at any price because they've had cancer or have diabetes or high blood pressure or even something more minor. Starting in 2014, insurance companies won't be able to deny those people coverage — and, equally important — will no longer be able to charge them higher rates because of their pre-existing condition.

The tradeoff for the insurance industry in doing this was to make sure there were enough healthy people in the pool so the companies wouldn't go broke paying for care of sicker people. That's how the law ended up with the controversial individual mandate — the requirement for most people to have health insurance or pay a fine. It's the tradeoff for everyone being able to get affordable coverage.

It's also the same tradeoff they made in Massachusetts in 2006 that Romney signed into law as governor.

The problem comes when there's a break in coverage, or when people who've had group coverage, such as from an employer, go out to buy their own insurance. That can happen when they start a business or take a job that doesn't offer health insurance.

Currently, before the Affordable Care Act changes kick in, a health insurers can say no, if there's a gap in coverage of more than 63 days. And even if coverage is continuous, individual coverage can be prohibitively expensive.

Yet what Romney is proposing doesn't appear to answer either of the shortcomings of the 1996 law. He says he only would protect people with continuous coverage, so people who can't get insurance now wouldn't be helped. And so far he hasn't said anything about preventing insurers from charging people more if they have pre-existing conditions.