Accessibility links
Innovative Financing Brings Malaria Drugs To Millions : Shots - Health News An experimental program by the Global Fund brought more than 100 million malaria treatments to people in sub-Saharan Africa last year, a panel of public health experts said on Monday. But time may have run out for the program to prove it's worth continuing as the Global Fund's budget declines.

Subsidies Help Get Modern Malaria Drugs To Millions In Africa

Subsidies Help Get Modern Malaria Drugs To Millions In Africa 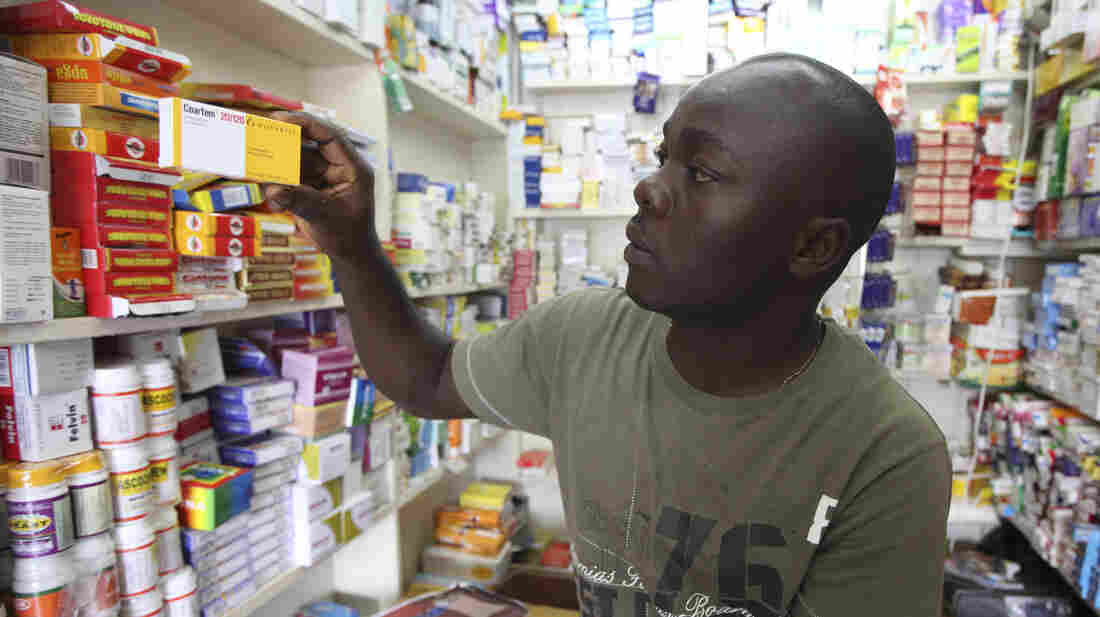 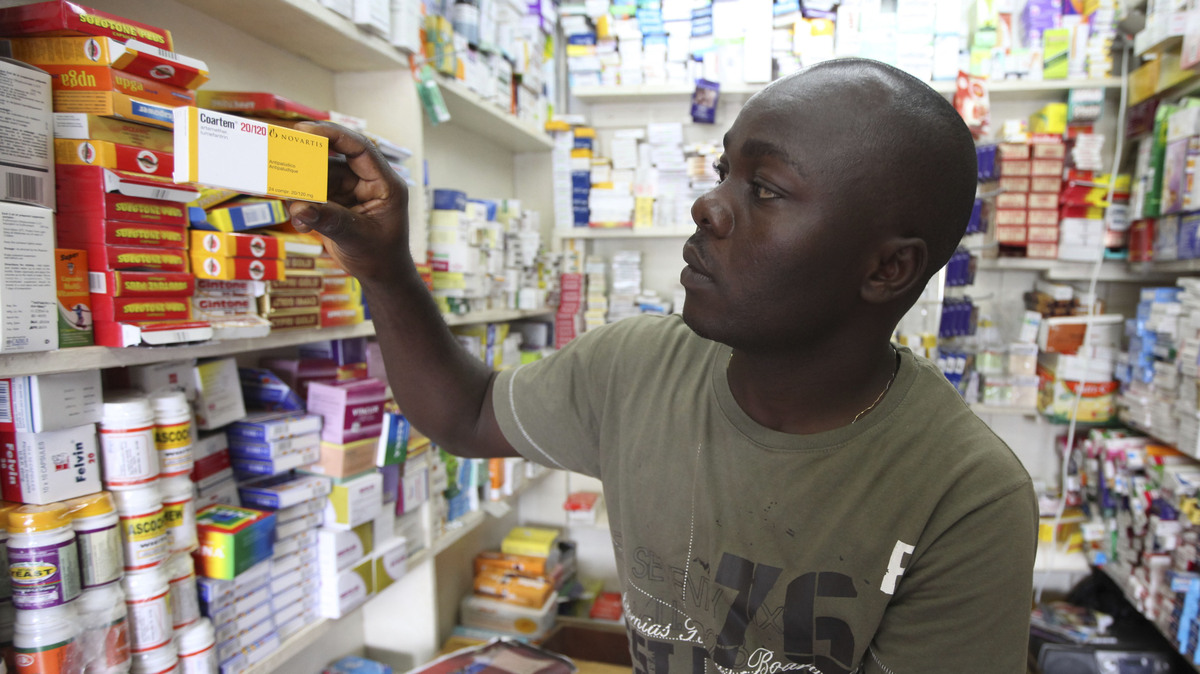 Ayo Bello grabs a box of malaria medication at a pharmacy in Lagos, Nigeria. A pilot project by the Global Fund has helped private pharmacies and clinics sell top quality malaria drugs at wholesale prices in Nigeria and seven other African countries.

Two years ago the United Nations' Global Fund launched an experiment that aimed to reduce the cost of malaria drugs in parts of Africa where they're needed most.

The idea was to subsidize the cost of drugs, sometimes making them available even cheaper than wholesale.

Did it work? The results for the first phase of the pilot were unveiled yesterday in Washington, and they looked pretty good — at least for the short time the project has been up and running.

The Affordable Medicines Facility-malaria program, or AMFm, had brought more than 100 million doses of malaria drugs to clinics and pharmacies in 2011. It also increased access to the top malaria medicines by 26 to 52 percent in six countries.

How many lives did the AMFm save? Researchers can't say yet because AMFm ran for only a year and half in most countries. Many health officials at the meeting worried this unanswered question will give the Global Fund a reason to scale back or terminate the successful pilot.

Malaria kills about 650,000 people each year. Nearly 90 percent of those who die are are children.

Artemisinin-combination therapies, or ACTs, are highly effective at curing malaria, but in many parts of sub-Saharan Africa, these drugs aren't available in private clinics, where the majority of patients are treated. Counterfeits are another big problem.

The approach worked surprisingly well, says Kara Hanson, a health economist at the London School of Hygiene and Tropical Medicine, who co-led the independent evaluation of AMFm. Six of the eight countries met goals set by the Global Fund for boosting accessibility and affordability of the drugs.

"It is quite astonishing that we have seen the changes we saw despite the short period," Hanson told Shots at the meeting.

Hanson says that the Global Fund should "continue to explore ways to improve the program" and possibly expand into countries where it is likely to work.

But the tone from the Global Fund was more cautious. "AMFm was an experiment, a proof of concept," Debrework Zewdie, an executive with the Global Fund, said at the meeting. "Could we use the private sector to bring access to medications that can alleviate an epidemic?"

The pilot program demonstrated that private sector health care "is essential to in fighting malaria," Zewdie said, but they can't tell if it is sustainable or a cost-effective way of reducing malaria deaths.

The Global Fund will meet in November to decide the fate of AMFm. "The Global Fund doesn't have the intention of terminating anything without due process," Zewdie said, but she doesn't think they will continue it as it is or expand it.

"Going forward, the Global Fund will be using ever penny strategically," Zewdie said. "The era of throwing money at things is over."