Accessibility links
The 'Facebook Effect' On Organ Donation : Shots - Health News Between May 1 and the middle of September, around 275,000 Facebook users posted their donor status on the site. Now the social network has rolled out the feature in Canada and Mexico to spur donations. 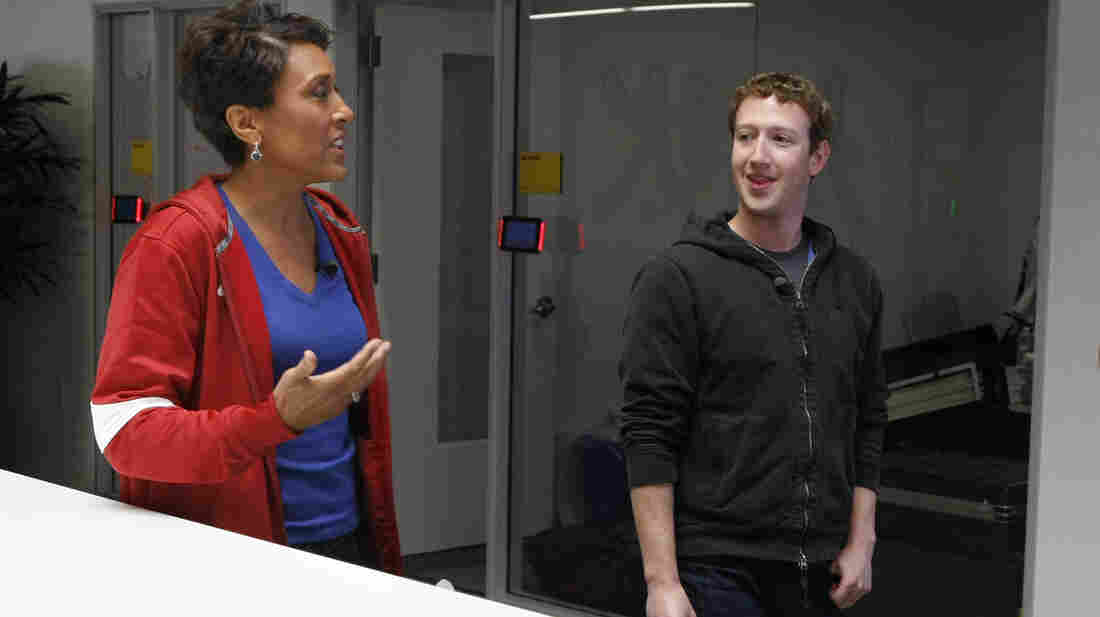 ABC's Robin Roberts, host of Good Morning America, (left) talks with Mark Zuckerberg, the founder and CEO of Facebook, in late April about the social network's push to get users to enroll as organ donors. This week Roberts is expected to receive a bone marrow transplant to treat myelodysplastic syndrome. Rick Rowell, ABC/via AP hide caption 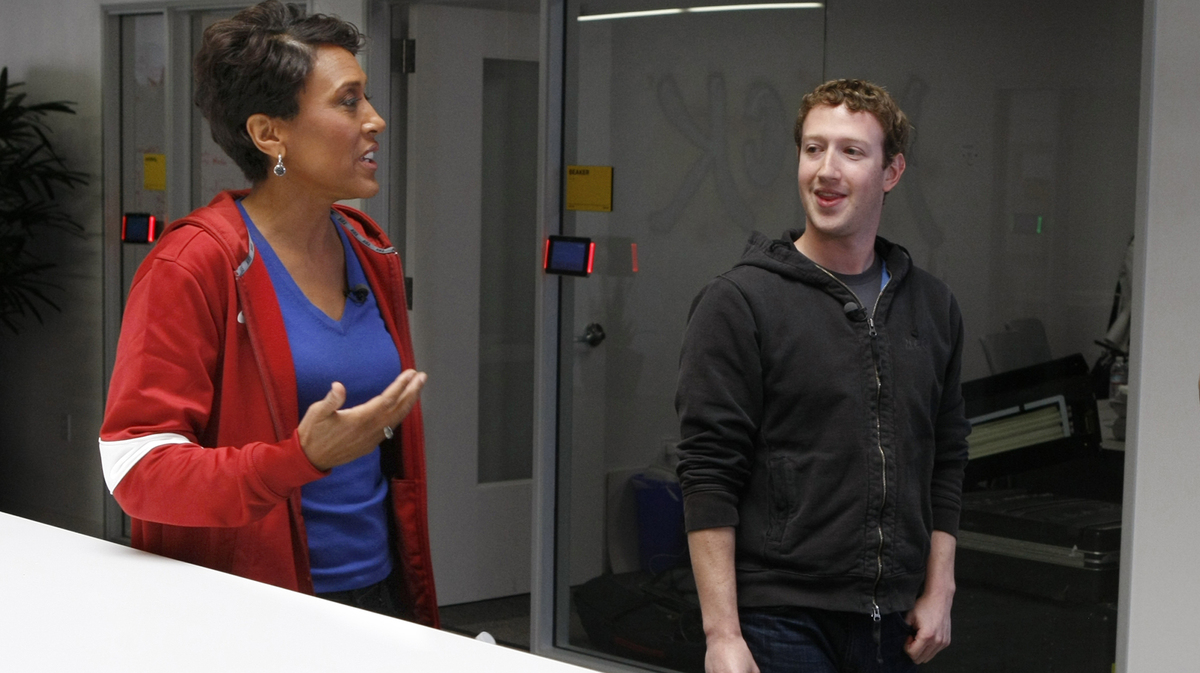 ABC's Robin Roberts, host of Good Morning America, (left) talks with Mark Zuckerberg, the founder and CEO of Facebook, in late April about the social network's push to get users to enroll as organ donors. This week Roberts is expected to receive a bone marrow transplant to treat myelodysplastic syndrome.

Facebook is taking its campaign to boost organ donations to Canada and Mexico this week, four months after its premiere.

The feature allows Facebook users to tell their friends and family that they're registered organ donors. It also directs people who aren't signed up as organ donors to the official registries where they live.

How's it working so far? Between May 1 and middle of September, around 275,000 Facebook users posted their donor status on the site, according to numbers Facebook provided to Shots.

"It shows the enormous potential of social media," saiid Blair Sadler, an attorney and a senior fellow at the Institute for Healthcare Improvement, said. "It's no longer theoretical."

Sadler has been on the front lines of organ donation for decades. Along with his twin brother, Dr. Alfred Sadler, he helped develop the laws that made organ donor cards legally binding documents.

The lawyer Sadler said Facebook's new feature has the potential to revolutionize the field of organ transplantation because large numbers of people will be expressing publicly what they want to happen to their organs after they die. People are more prone to be influenced by their friends or family than by activists or public health officials.

But, in an op-ed recently published by the Hastings Center, Sadler argued that much more needs to be done to realize the power of social media networks like Facebook.

He cited data from Donate Life California, the official organ donor registry in the state. On a normal day around 70 people in California register with Donate Life. In the 24 hours following Facebook's announcement on May 1, almost 4,000 registered.

However, those numbers came back down just as fast as they shot up. By May 6, the number of Californians registering with Donate Life was back to its usual level.

For social media campaigns like Facebook's to work, people need to be continuously prompted, Sadler said. "This is not a top of the mind thing that people think about," he told Shots. "I'm not surprised that it didn't have the staying power only because the prompts and the cueing weren't repeated. There weren't reminders."

Facebook said it's already working with Donate Life and other organizations to help them make better use of the social network.

But Sadler said the genie is already out of the bottle in terms of the explosive power social media can have on organ donation.

"If you really use these tools and techniques, it can go viral," he said. "I hope it catches on in the next year and we look back and think 2012 was the year when we woke Americans up and started a social epidemic that isn't just a short term phenomenon."