Accessibility links
Progress Made On Drug For Autism Symptoms : Shots - Health News The drug, called arbaclofen, made people with Fragile X syndrome less likely to avoid social interactions, according to a newly published study. Researchers suspect it might do the same for people with autism. 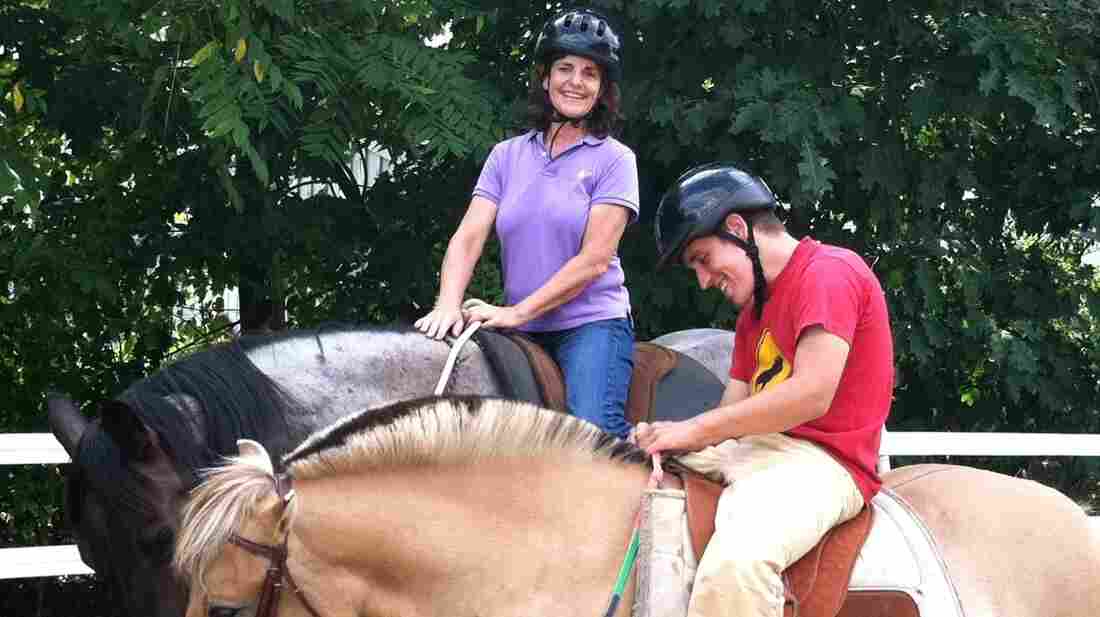 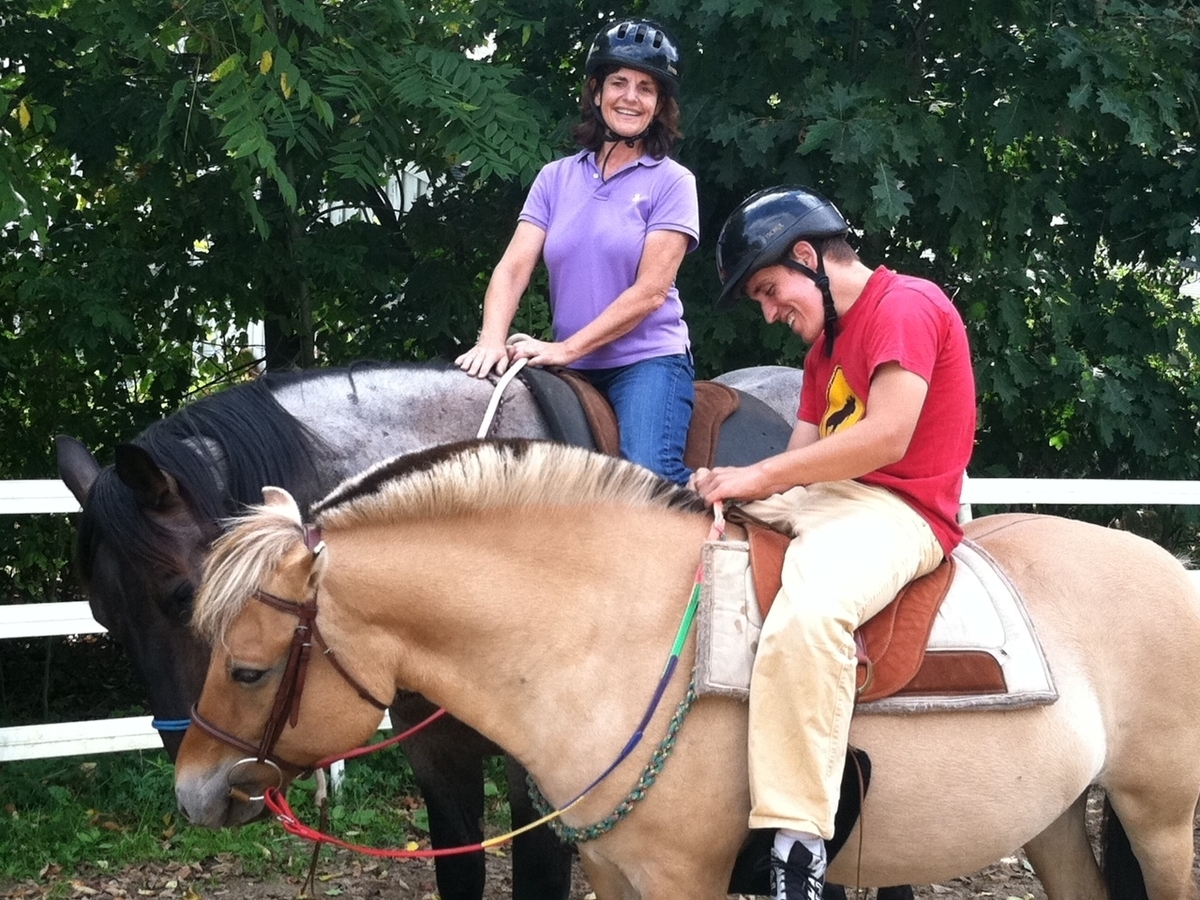 Andy Tranfaglia, 23, who has Fragile X syndrome, rides a horse with his mother, Katie Clapp.

An experimental drug that helps people who have Fragile X syndrome is raising hopes of a treatment for autism.

The drug, called arbaclofen, made people with Fragile X less likely to avoid social interactions, according to a study in Science Translational Medicine. Researchers suspect it might do the same for people with autism.

Fragile X is a rare genetic syndrome that can cause intellectual and social problems that are very similar to autism.

The discovery that arbaclofen helps people with Fragile X might never have occurred without the efforts of Katie Clapp and Michael Tranfaglia, a Massachusetts couple whose son was born with the syndrome more than 20 years ago.

When the couple learned that their son Andy had Fragile X, they started a foundation called FRAXA. Its goal was to fund research that would lead to a treatment for their son.

Clapp says that goal is now in sight.

"Back in 1994, we knew exactly what we were aiming for, and it's gotten closer and closer, little by little," she says.

Research funded in part by FRAXA led to the discovery that Fragile X disrupts a system that regulates connections in the brain. That discovery eventually led to drugs with the potential to fix the problem — including arbaclofen.

The new study of the drug involved 63 children and adults with the syndrome and was conducted by a team from Rush University Medical Center and the University of California, Davis, MIND Institute.

Becky Zorovic is a physician whose son Anders was in the trial and continues to take arbaclofen. Before the treatment, she says, Anders was terrified by things like birthday parties.

"He would have such a tantrum about not wanting to go that after 20 minutes or a half-hour of refusing to go and screaming and starting to hit and kick and bite, we would say 'OK, you don't have to go,' " she says.

But recently Anders agreed to at least take a look at a friend's pool party, Zorovic says.

"After 10, 15 minutes, he was in the pool and stayed for two hours," she says. "So he was able to overcome it to get to that point where he was able to have a good time."

Arbaclofen appears to work by tamping down overactive brain signals that can make it hard to navigate social interactions.

There's a good chance it will help people with autism unrelated to Fragile X because they have similar problems with social interactions, says Mark Bear, a researcher at MIT and a co-founder of Seaside Therapeutics, which makes arbaclofen.

"It would be, I think, unrealistic to expect that this drug would be uniformly beneficial to all people that have an autism diagnosis," Bear says. "But I think we can still be quite optimistic that it can be beneficial to a subset of those patients."

There are now several experimental drugs for Fragile X in trials, including arbaclofen. But so far that hasn't helped Clapp's son. He hasn't been accepted into any studies near their home, which is about an hour from Boston, Clapp says.

"Andy is now 23 years old, and we are so eager to get him started in one of these trials," she says.

But Clapp says she has no regrets about the efforts she and her husband have made over the past 20 years.

"Even though we still have to wait, I feel just absolutely thrilled that this result is out and that the trials are proceeding," she says. "It's made all the work worthwhile."