Accessibility links
Pediatricians: Bounce Trampolines From Homes To Protect Kids : Shots - Health News A leading group of pediatricians is out with a sterner warning than ever about trampolines. They say the risk of injury to kids remains too high, despite some safety measures. Use of trampolines at home "is strongly discouraged." 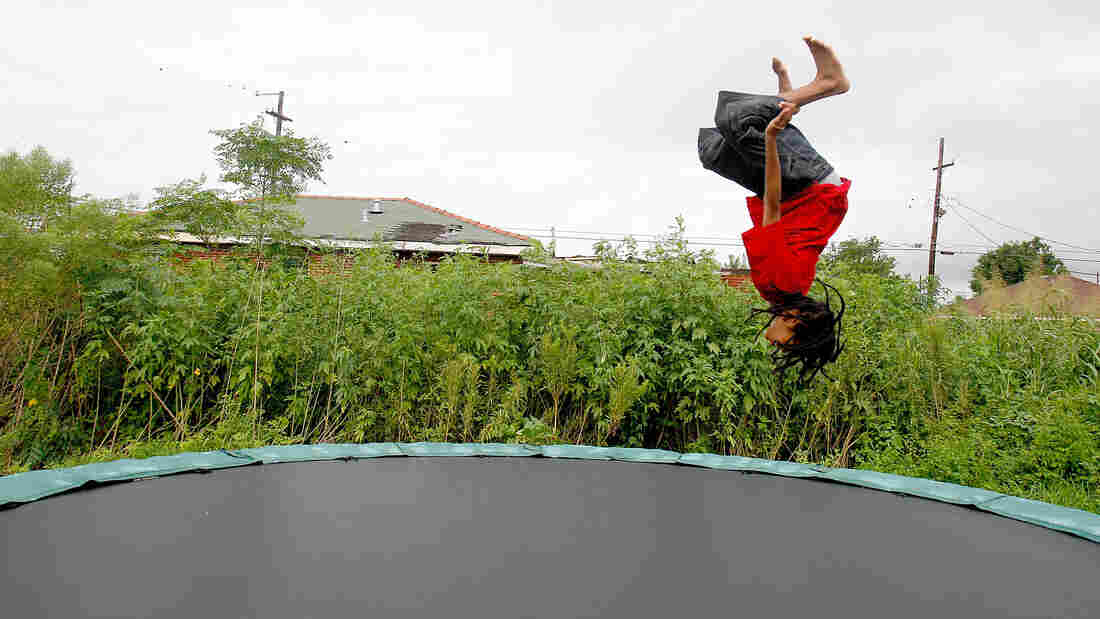 Eric Wiltz cavorts on a trampoline in New Orleans in 2010. Everything is fun and games on the backyard attractions until someone gets hurt, a leading group of pediatricians says. Sean Gardner/Getty Images hide caption 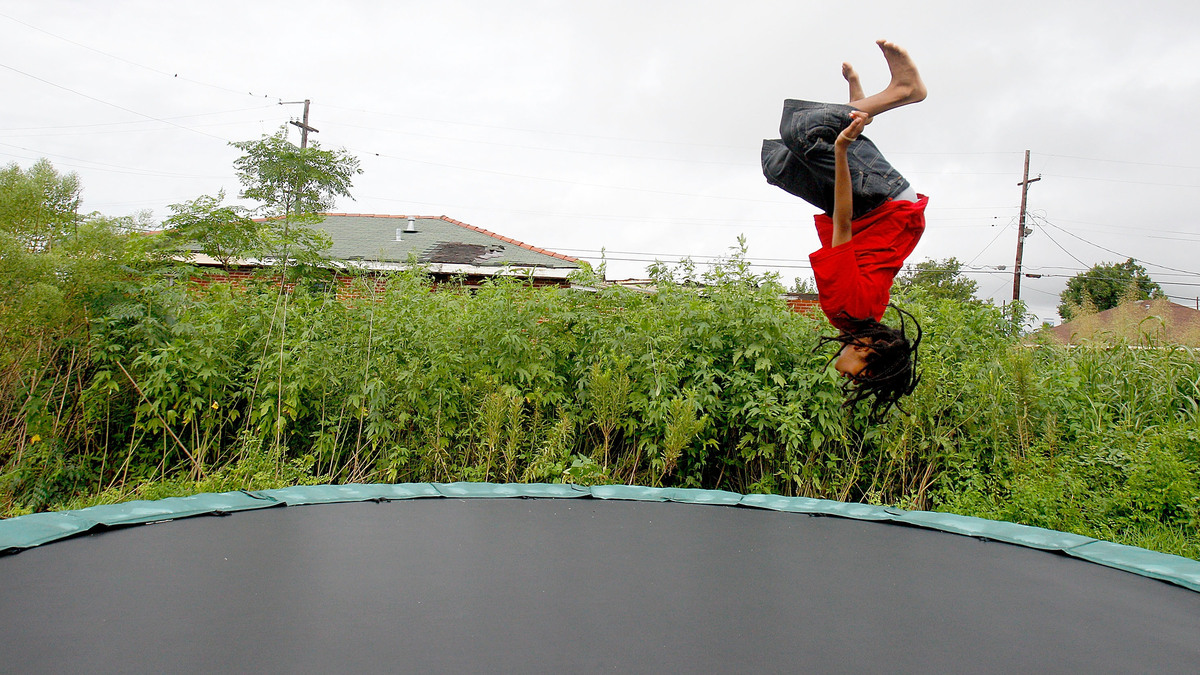 Eric Wiltz cavorts on a trampoline in New Orleans in 2010. Everything is fun and games on the backyard attractions until someone gets hurt, a leading group of pediatricians says.

Parents, have you somehow missed the YouTube videos of trampoline accidents?

There's the one of the kid who knocks his front teeth out trying a trampoline-assisted slam dunk. A whole bunch that show knuckleheads jumping from roofs then bouncing every which way and hitting the ground. And then there are the videos of a big kid bouncing a small kid into oblivion.

So the leading group of pediatricians is out with a sterner warning than ever, telling parents, "the home use of trampolines is strongly discouraged." The latest statement appears in the journal Pediatrics. Previous warnings were issued in 1977, 1981 and 1999.

OK, trampolines can be a blast — until somebody gets hurt.

"Unfortunately, the very forces that make trampoline use fun for many children also lead to unique injury mechanisms and patterns of injury," the doctors write.

There are about 3,000 trampoline-related hospitalizations of kids a year. Sprained ankles are the most common injuries, but there are lots of fractures and dislocations, too. Head and spine injuries from falls and flips can be catastrophic.

Modifications to trampolines haven't cut the risks. "As best we can tell, the addition of safety nets and padding has actually not changed the injuries we have seen," Dr. Susannah Briskin, a sports medicine specialist who helped write the policy statment, told Reuters.

If you've got a trampoline in the backyard, makes sure adults are around to keep watch over the bouncing children.

One of the most important precautions to take is limiting the trampoline use to one person at a time. Studies have found that three-quarters of injuries happen when more than one person is bouncing at the same time. A heavier kid can bounce a lighter kid right off.