Accessibility links
Korean Eunuchs Lived Long And Prospered : Shots - Health News Korean researchers have found that eunuchs who worked for kings in ancient royal courts lived longer, on average, than other males who were in the inner circle. The provocative findings fit with other work that has shown an inverse link between longevity and reproduction: the greater the fertility, the shorter the life span. 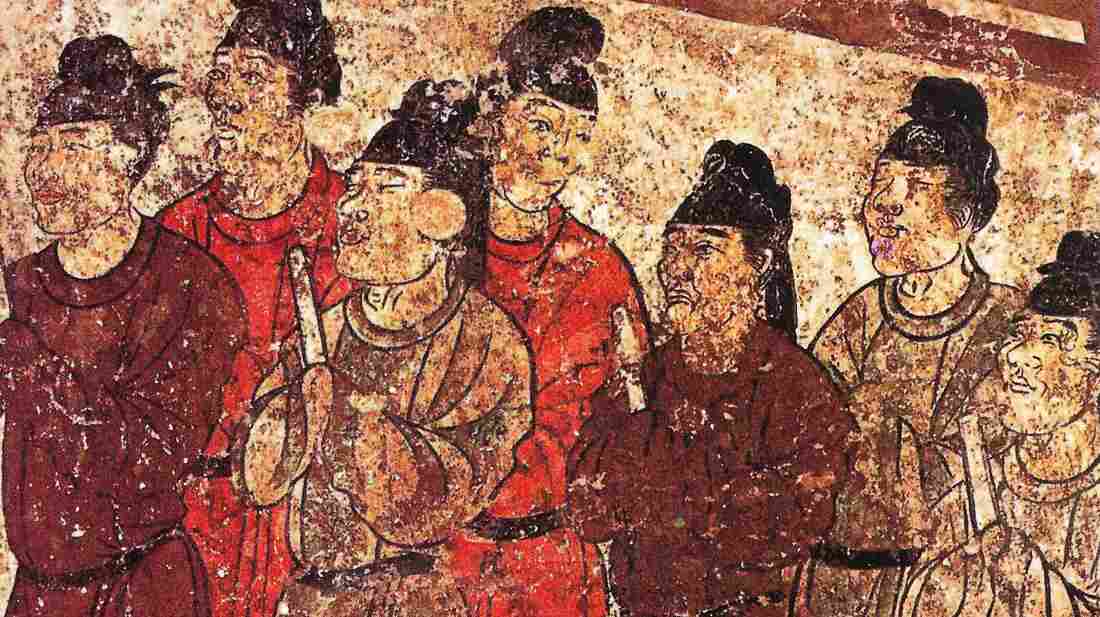 A mural in an ancient tomb in China shows a troupe of eunuchs. How long did they live? Wikimedia Commons hide caption 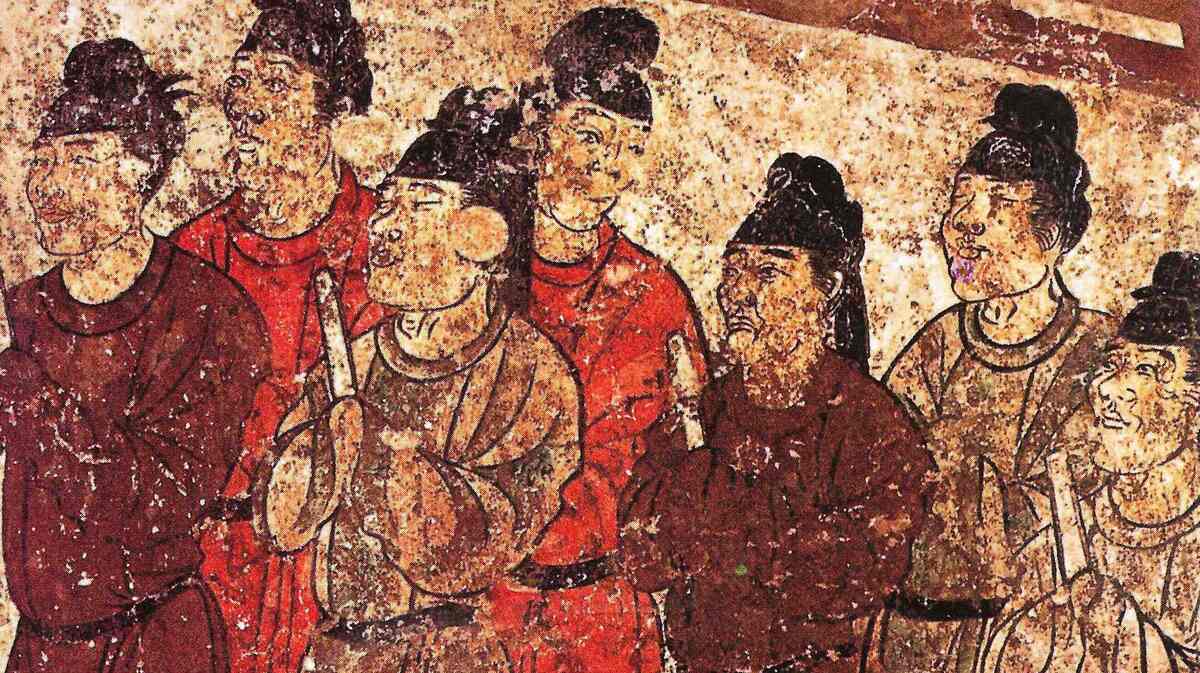 A mural in an ancient tomb in China shows a troupe of eunuchs. How long did they live?

Tell people you're doing a story about the life spans of Korean eunuchs, the typical reaction is a giggle or a cringe.

But if you can overcome your visceral response to the topic, a study scientists in Korea did is quite interesting, both for what they found, and the way they found it.

Several scientists have shown that there is a link between longevity and reproduction: the greater the fertility, the shorter the life span. This has been fairly well established in nonhuman animal species, but proving it's the case for humans has been tricky.

Kyung-jin Min of Inha University in Inchon, Korea, took a unique approach to the problem. He and his colleagues plowed through historical records from the Korean court dating back to 1392. Eunuchs did a variety of jobs for the king, and they were rewarded well for the work. Among the perks: They were the only males outside the royal family who were allowed to stay in the palace overnight.

"Maintaining genealogy records was important because these records provided proof of belonging to the Yang-Ban (Noble) class," Min writes in the online supplemental material accompanying an article describing the researc in the journal, Current Biology.

But determining an individual's age at death was complicated. Dates were kept using the sexagenary cycle, meaning they reset every 60 years. "The lifespan of the eunuchs could be deduced only when the record contained the King's name and the ruling year," Min writes. "For example, Yoon-Muk Lee was born in the seventeenth year of King Young-Jo's reign (AD 1741) and died in the sixteenth year of King Soon-Jo's reign (AD 1816)."

Their painstaking research yielded 81 eunuchs whose age could be reliably determined. For comparison, Min and his colleagues also looked the life spans of male members of royal families who were capable of having children.

Jill Crandall, a researcher at the Albert Einstein College of Medicine in New York, studies hormone changes with aging. She says the Korean results are consistent with a paper she published last year showing that male and female centenarians had fewer children than people who died younger.

But she and her colleague Nil Barzilai point out that it would probably be a mistake to assume that decreasing male sex hormones would automatically lead to a longer life. "The eunuchs were castrated at early age," they pointed out in an email to Shots. "It may have influenced puberty, maturity, and a variety of other hormones. Thus, this study does not mean that if you take an elderly person and decrease their sex hormone they may live longer."

In any event, it's not clear how many men would choose such an extreme strategy to squeeze out a few more years of existence, even if it was proved to work.