Accessibility links
Scientists Go Deep On Genes Of SARS-Like Virus : Shots - Health News Scientists have partially decoded the genetic sequence of a new virus, which has killed one man and hospitalized another. Advances in sequencing technologies have helped health workers rapidly respond to the virus in ways that they couldn't during the SARS epidemic of 2002. 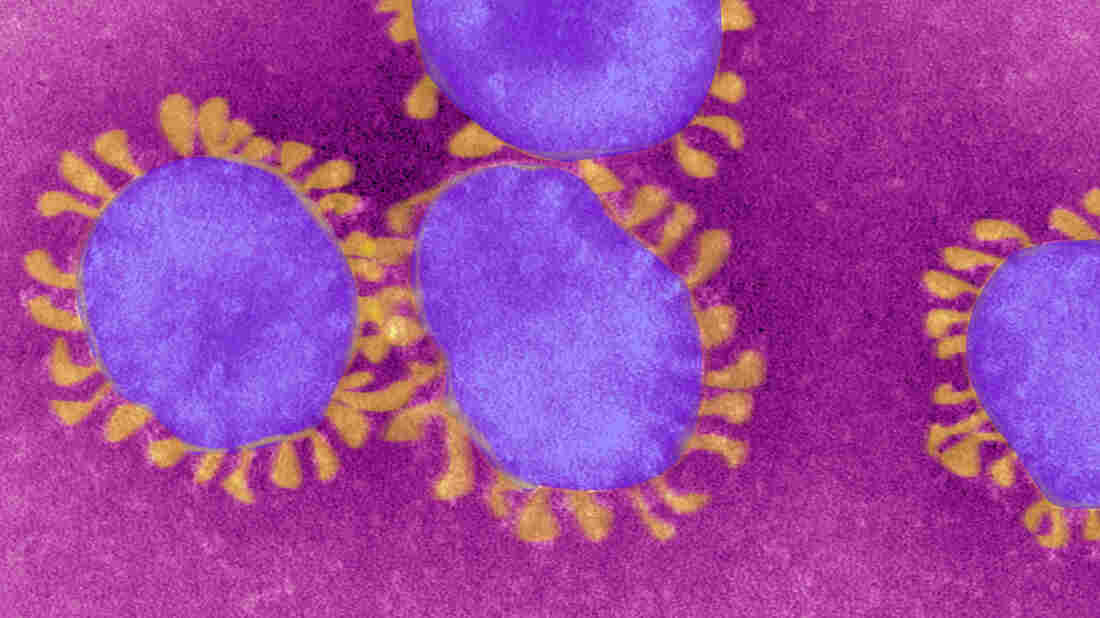 Coronaviruses get their name from the crown-like tentacles that surround their rims. BSIP/UIG via Getty Images hide caption 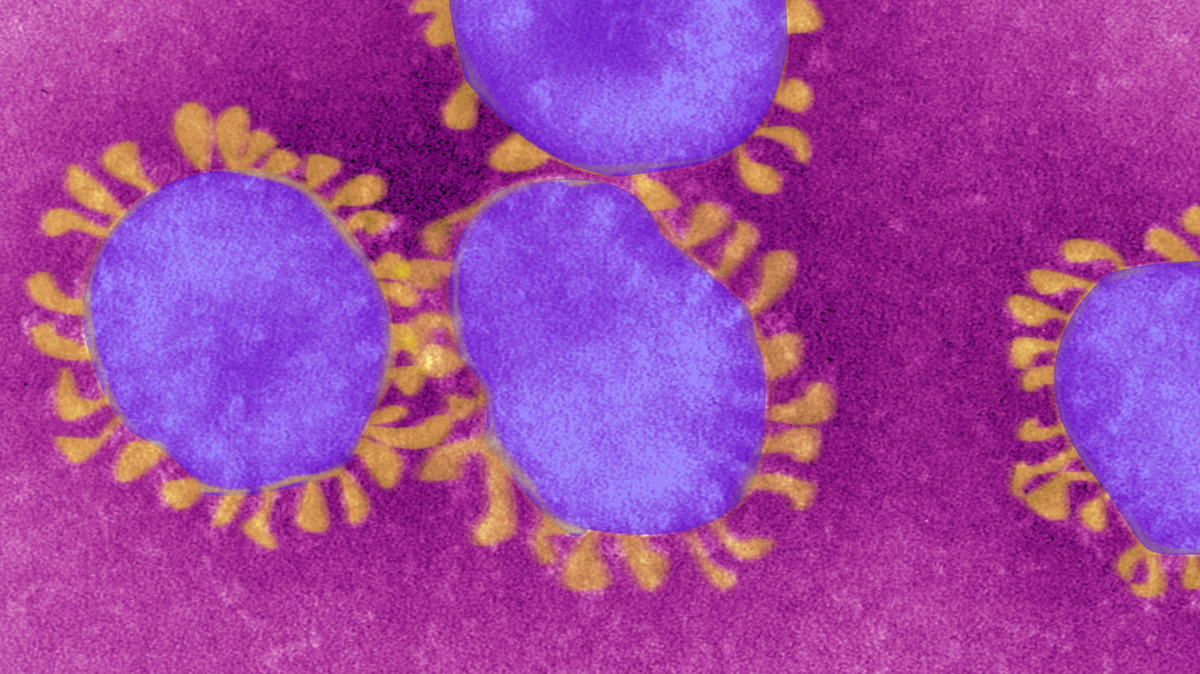 Coronaviruses get their name from the crown-like tentacles that surround their rims.

When an unknown virus emerges, disease detectives turn to gene sequencers — not magnifying glasses — to identify the culprit.

So when a new type of coronavirus killed a man in Saudia Arabia and hospitalized another in the U.K., investigators got cracking.

Both patients showed symptoms similar SARS. But thanks to fast and accurate gene sequencing, health officials quickly realized that this isn't SARS or even a known coronavirus that causes colds. Rather it's a totally new virus that needs to be handled with caution until more is known about it.

Yesterday scientists at Britain's Health Protection Agency partially decoded the new virus's genetic sequence. They've placed the virus on the family tree of coronaviruses. And even given it a temporary name, which I have to warn you is quite a mouthful: London1_novel CoV 2012.

The virus appears to be most closely related to a cluster of bat viruses, and "it is genetically very different than SARS," Ralph Baric, a microbiologist at the University of North Carolina at Chapel Hill, tells Shots.

But the DNA sequence isn't just a tool for hanging the virus on the right branch of the family tree. It has helped health workers rapidly respond to the disease in ways they couldn't when SARS emerged in China in 2002.

The new coronavirus has been tentatively named London1_novel CoV 2012. A small piece of its genome tells researchers how closely related the virus is to other known coronavirus, such as SARS. Courtesy of Health Protection Agency. hide caption

With the virus's code at their fingertips, health workers alerted the WHO about the potential dangers of the virus just three weeks after the second patient showed symptoms.

With the SARS epidemic, it took over three months — and hundreds of infected people — before the WHO was contacted. That epidemic caused over 8,000 infections and killed nearly a thousand people.

This rapid detection of new viruses, Baric says, is due in part to a technology, called deep sequencing. The method allows scientists to differentiate closely related viruses and ones that are rapidly mutating. Deep sequencing decodes genes at a very high level of accuracy so even small changes are visible.

Since the SARS epidemic, virologists have used deep sequencing to discover dozens of new coronavirus in bats, badgers, birds and humans from around the world. They've built a family tree of coranviruses with these sequences showing how the viruses relate to each other.

When a new virus appears on the scene, like the London strain, scientists can quickly sequence it and figure out where it fits in. If it sits on top of a known pathogen, then doctors may have a good idea of how to counter it. If it's completely new, as in this case, health workers can alert the WHO and take extra precautions before it spreads.

The genetic code for the new coronavirus also gives doctors a tool for quickly finding new cases, Baric say. They can even go "back in time and see if the virus caused other strange respiratory illnesses over the past few months."

"It is fairly common for doctors to keep samples from fatal respiratory cases," Baric says. Doctors can now sequence the samples and look for the new virus's genes.

Baric thinks these types of tools make deep sequencing "one of the most important advances in public health."

"There's tremendous expertise and capabilities for identifying and tracking new viruses" he says. "This is a huge public health advantage and it's been put in place [since the SARS epidemic] to protect the global health."