Accessibility links
Democrats And Republicans Differ On Medicaid Fix : Shots - Health News Medicaid is likely to undergo a major change regardless of whether President Obama is re-elected or replaced by Republican Mitt Romney. Democrats support a much bigger program. Republicans have plans to scale it back. 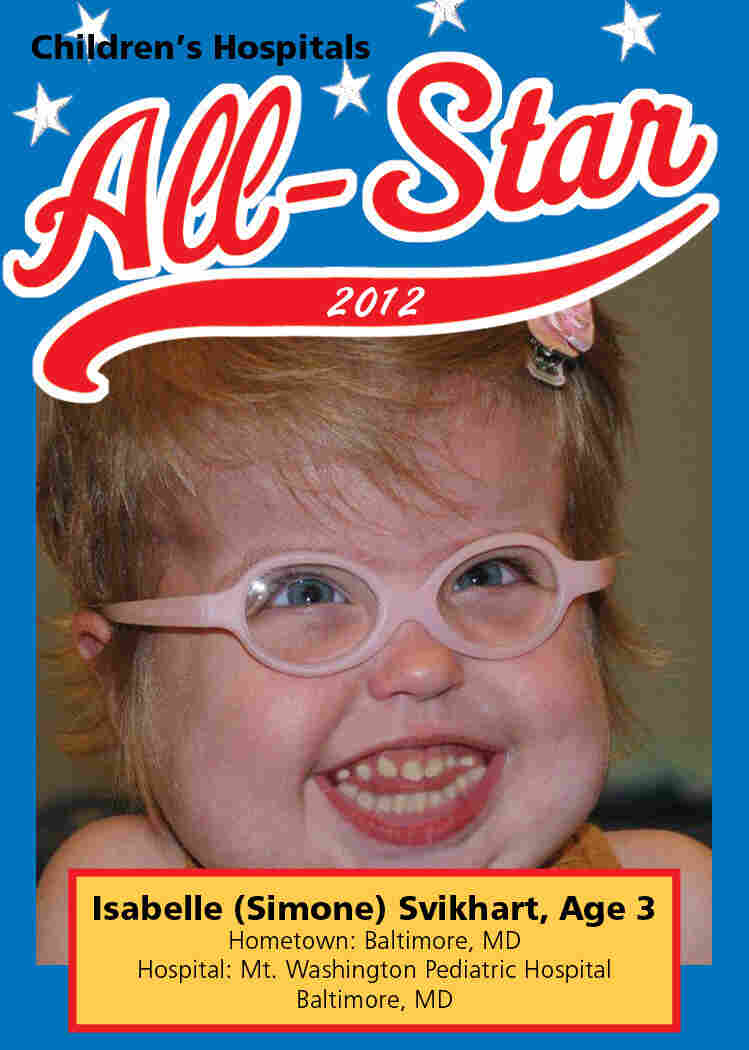 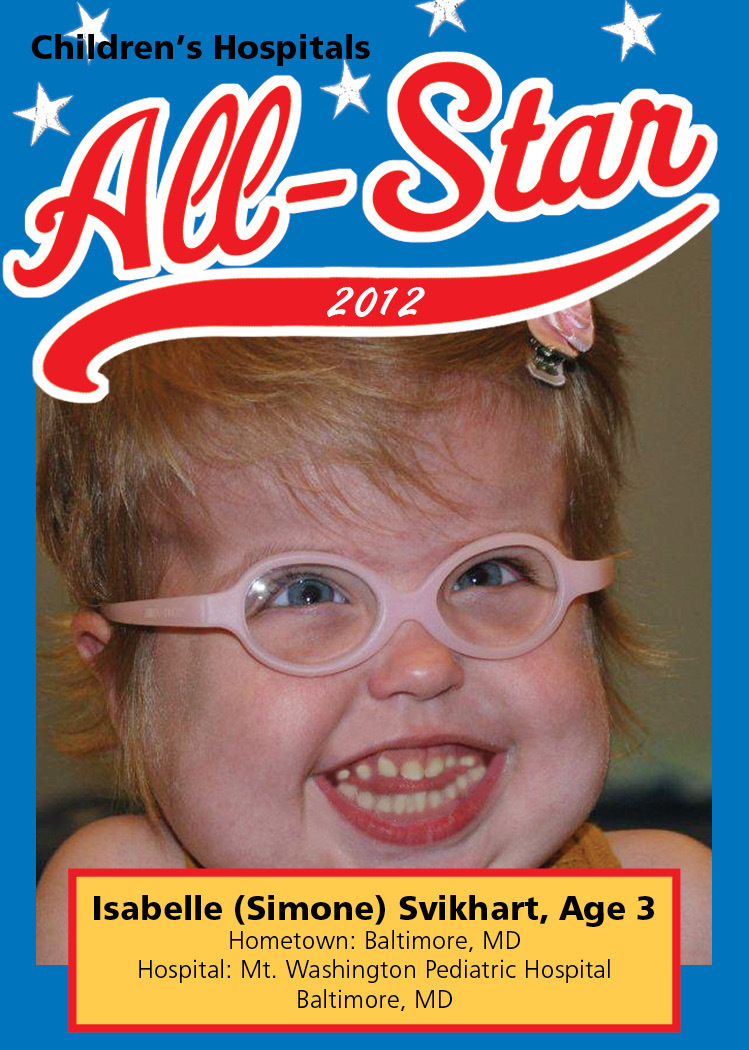 Isabelle "Simone" Svikhart, 3, has spent 13 months in the hospital for treatment of a range of health conditions. The Children's Hospital Association distributed a trading card with her picture and details of her case to lobby against Medicaid cuts.

Medicaid is already the nation's largest health insurance program in terms of number of people covered: It serves nearly 1 in 5 Americans. Yet at the same time it's putting increasing strain on the budgets of states, which pay about 40 percent of its costs.

If the 2010 health law proceeds as planned, Medicaid could see as many as 11 million more people added to its rolls over the next decade. The prospect of expansion thrills health insurance advocates, but it terrifies those who fear Medicaid is a substandard way to deliver care.

So Medicaid is likely to undergo a major change regardless of whether President Obama is re-elected or replaced by Republican Mitt Romney. Democrats support a much bigger program. Republicans have plans to scale it back.

But first, a little bit about the program. When most people think of Medicaid, they think of moms and kids on welfare. And it's true, moms and kids who get welfare do also generally get Medicaid health coverage.

In fact, working-age adults and children make up about 75 percent of Medicaid's population. But they're responsible for only one-third of its costs. "Two-thirds of the dollars that are spent on Medicaid are spent on elderly and disabled people, many of whom have multiple challenges and a good number of whom are either in nursing homes or are disabled people who also receive Medicare," says Harold Pollack, a professor of public health at the University of Chicago.

And while Medicaid is the health program for the poorest of the poor, it also serves millions of people who are "medically needy" — those whose extreme health needs aren't met by their private insurance.

That includes people like Marty and Shannon Svikhart of Baltimore, and their 3- year-old daughter Simone. The Svikharts were on Capitol Hill last week to urge Congress not to cut Medicaid funding.

Simone was born prematurely. And, despite a huge smile and a headful of blonde hair, she still suffers from a long list of ailments. Her mom says they include "cystic fibrosis... hydrocephalus, a brain bleed. Right now, she also has high blood pressure. Eventually she will have to have open heart surgery."

Shannon quit her job as a dietician to care for Simone full time. Marty is an account manager for a firm that makes patio decking, and they have good health insurance. But it's not enough.

Because Simone still needs to be on a ventilator at night, she needs a night nurse, and the family's private insurance will only pay for 90 days of coverage each year for that.

"If we had to pay out of pocket for home nursing, that would average about $140,000 per year," Marty says. That, he says, would be "financially unmanageable, unless we hit the lottery or something."

Under a special program, however, that only accepts 200 children with complex health needs at a time, Maryland's Medicaid helps pay the family's night nursing costs.

Shannon Svikhart says it's made a huge difference. "That means that Marty and I can sleep. Marty travels; so if we didn't have that he would have had to quit his job, probably work locally."

And without the night nursing coverage, Simone would likely have had to remain in the hospital, where her care would be even more expensive.

So having the Medicaid help, Marty says, "helps get the children out of the hospital faster, which lessens the cost overall for the health care system, insurance, and everyone."

But Medicaid critics say while programs like that may be useful, the program overall is still way too expensive.

"For many states it's the biggest item in their budget. They're all struggling to figure out what to do," said Grace Marie Turner. She's a conservative health policy analyst and was a member of the Bush Administration's Medicaid Commission in 2005. Turner says one of the biggest problems is the amount of micromanaging of Medicaid that comes from Washington.

"You wind up with all of this red tape and bureaucracy and it's costly and in my opinion we wind up with a program that provides the worst care to the most vulnerable people," she said.

Candidate Romney says he would solve the problem basically by ending Medicaid's status as a shared federal-state program. He would instead turn the money back to the states in the form of block grants and let them craft their own programs. But he'd also make his Medicaid plan a money-saver, by capping what the federal government provides at the cost-of-living plus one percent.

"To me it is a very significant gamble that if you really cut the payments to states, that states will somehow be able to find ways to cut money," said Pollack of the University of Chicago. "Right now, Medicaid pays very low rates to providers, its costs per person have actually been going up slower than just about anyplace else in the healthcare system."

By contrast, President Obama's Affordable Care Act originally required states to expand Medicaid to most non-disabled adults with incomes under 133 percent of poverty. That's about $15,000 for an individual.

And it will help more than just those people actually getting insurance for the first time, Pollack says. "It also allows the people who are taking care of that individual to get reliable payment, which is a really important issue for public hospitals and for many other organizations that just desperately need that support right now," he explains.

But the Supreme Court this summer made that Medicaid expansion optional for the states. Health and Human Services Secretary Kathleen Sebelius thinks eventually most states will opt in, if only because the federal government will pay nearly all the costs.

"We think at the end of the day this is a deal that states won't want to turn down," she said at George Washington University this summer.

But as with few other programs, the fate of Medicaid will be very different depending on who the next president is.