Accessibility links
In-Depth Genome Analysis Moves Toward The Hospital Bed : Shots - Health News Scientists have been using whole genome sequencing for over a decade, but it has yet to become a routine tool in the clinic. Two separate research groups showed progress in making diagnoses using in-depth genome analysis. 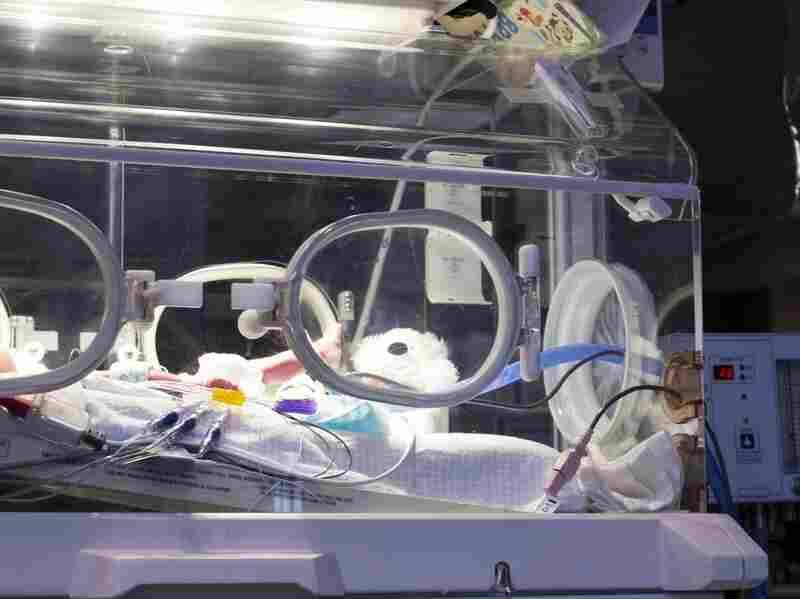 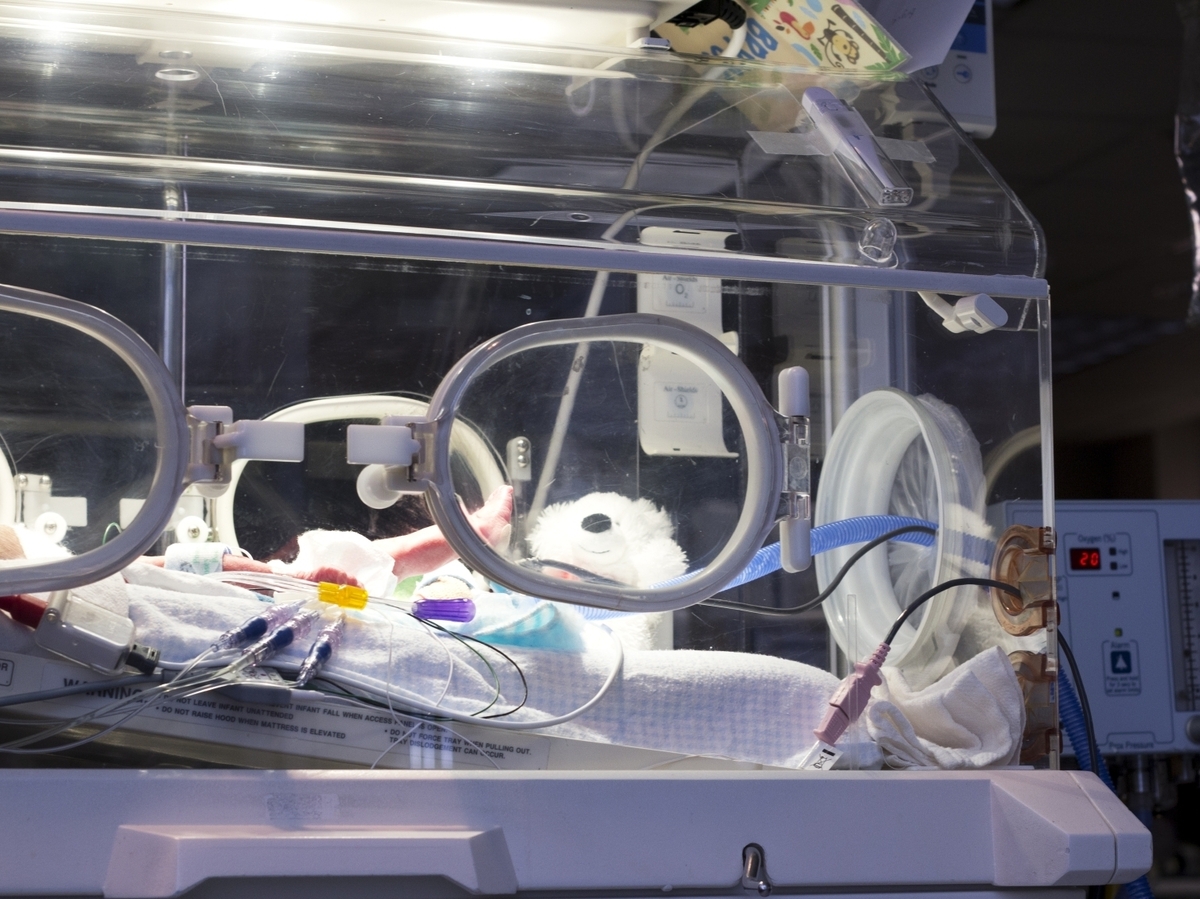 Whole genome sequencing has become an essential tool for researchers. But slow speeds and high costs have helped keep the technology from becoming a routine diagnostic test for doctors.

But that's starting to change. And results from two studies published this week suggest that in-depth personalized genome sequencing could be inching closer to clinical reality.

Sick babies in intensive care might be among the first to benefit from clinical whole genome sequencing, says a recent study in Science Translational Medicine. Researchers at Children's Mercy Hospital in Kansas City, Mo., streamlined the sequencing and analysis of an entire genome. The process once took several months. They did it in a few days.

Time is an important factor in the NICU, says Stephen Kingsmore an author of the study and director of the Center for Pediatric Genomic Medicine at Children's Mercy Hospitals and Clinics. "If a physician has an acutely ill baby, and they're trying to figure out immediately which of those 3,500 [known genetic] diseases it might be, and so today it's just not possible for them to make a definitive diagnosis, that is, which gene is mutated," he says. "Either the baby dies, or the baby gets better and goes home before that's known."

Researchers were able to rapidly sequence the infants' genomes using the latest sequencing technology. The results were analyzed with software that allowed doctors to enter the baby's symptoms, characterize mutations in the genome, then screen for over 500 genetic diseases that affect infants.

If there are no treatments, the tests can help physicians refer parents to genetic counseling services.

Though the results of the study could someday change infant care, the technology still has limitations. Each infant screening cost about $13,500 in the study, so only the sickest babies can receive the pricey test, said Kingsmore in a Web conference on Tuesday. Another potential roadblock is location. Unless each hospital invests in state-of-the-art sequencing equipment, shipping samples for remote testing and analysis adds diagnostic delays.

Rapid sequencing in the NICU is limited to diagnoses of a few hundred genetic disorders, but another study, published this week in the New England Journal of Medicine, focuses on identifying unique genetic mutations that may not even yet be associated with disease.

Researchers from Radboud University Nijmegen Medical Center in the Netherlands sequenced the protein-coding DNA, or exomes, of 100 patients, most of them young people, affected by severe intellectual disabilities with unknown causes. The researchers then compared the patient genomes with those of their unaffected parents to search for mutations that could be the cause of intellectual disability.

In the analysis, researchers found that many of the patients they screened had unique mutations within the same set of 24 genes. After analyzing these genes in a large database of 765 patients, three of these genes were confirmed to have an association with intellectual disability.