Accessibility links
Botulism Outbreak Tied To Contaminated Prison Hooch : Shots - Health News An old baked potato added to a batch of homemade booze at a Utah prison apparently led to the second-largest botulism outbreak in the U.S. since 2006. Eight inmates were sickened, and a year after treatment most still report lingering symptoms. 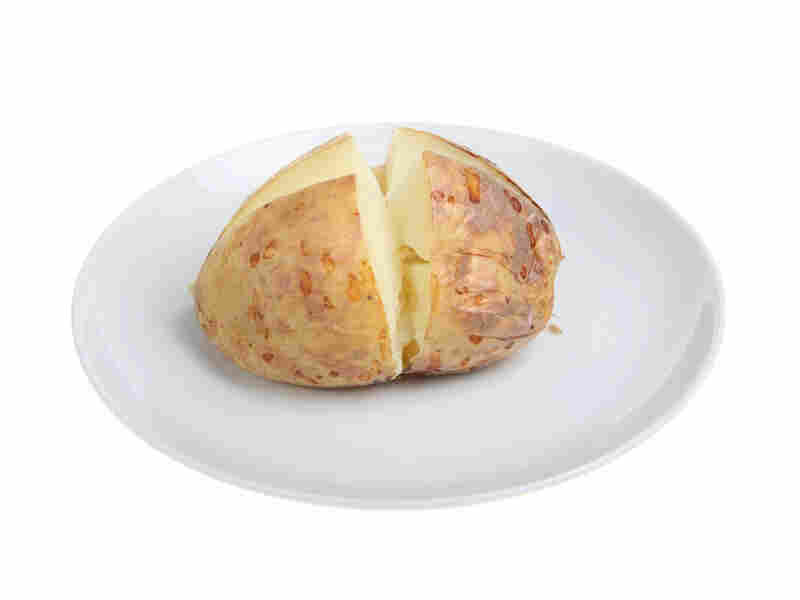 A hoarded baked potato appears to have been the source of botulism in some prison-made hooch. iStockphoto.com hide caption 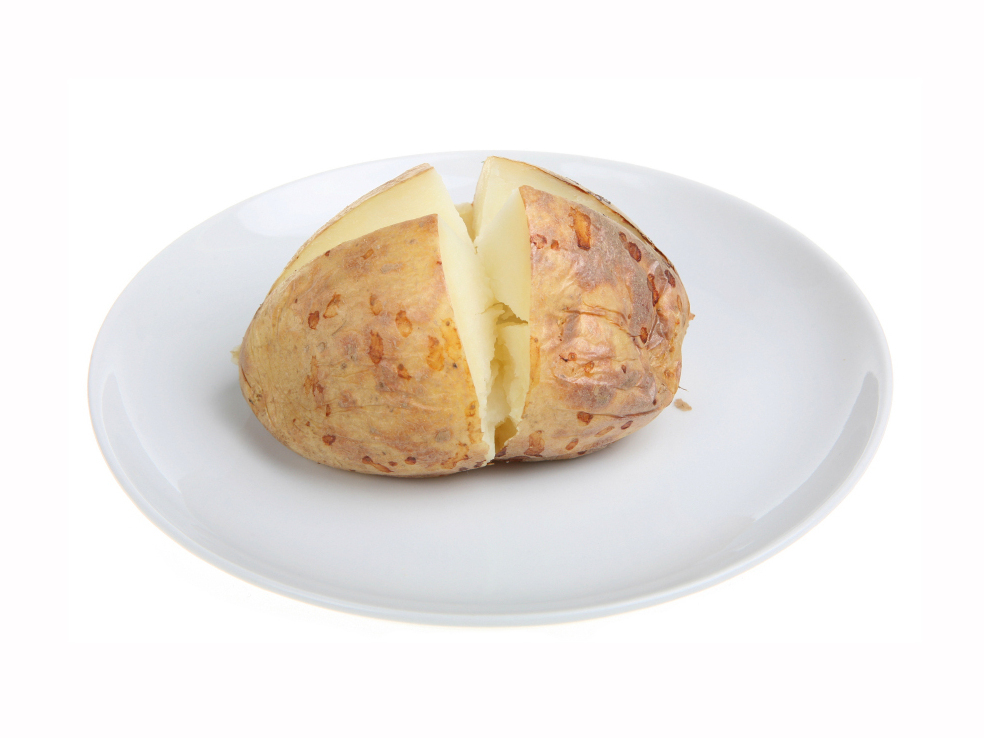 A hoarded baked potato appears to have been the source of botulism in some prison-made hooch.

Pruno is a kind of homebrew made from whatever prisoners can get their hands on. Some fruit, a little water and sugar are usually enough to make alcohol-producing yeast happy.

But it seems a baked potato saved for weeks before it was added to a pruno batch last year at a Utah prison caused the second-largest botulism outbreak in the U.S. since 2006.

Eight men came down with botulism and were hospitalized. The sickened inmates all drank from the same batch of pruno. Symptoms included difficulty swallowing, vomiting, double vision and muscle weakness.

Three men had to be put on ventilators. All eight were treated with antitoxin.

Five other pruno-imbibing inmates who came forward didn't have botulism. Four of them drank from an uncontaminated batch, and one who tried the funky stuff spit it out.

Nearly a year after the Utah outbreak, most of the affected prisoners still reported health problems, such as muscle weakness, related to their bouts of botulism.

Botulism is caused by a toxin (sold for cosmetic and medical uses as Botox) produced by Clostridium botulinum bacteria.

Details of the investigation into the outbreak were published in the latest Morbidity and Mortality Weekly Report.

Utah Department of Corrections spokesman Steve Gehrke told the Deseret News last year that the contaminated pruno was concocted by at least one inmate using food served to him in his cell.

Organic Isn't Always Safer When It Comes To Botulism

"A baked potato saved from a meal served weeks earlier and added to the pruno was the suspected source of C. botulinum spores," the public health investigators wrote in the MMWR this week. Those spores are common on root vegetables, including potatoes.

A hidden delight in the MMWR report is a reference to the now-defunct website The Black Table. Ahead of its time, the wryly written webzine (an old favorite of mine) published a pruno explainer in 2003 that included step-by-step instructions for making some. The recipe came from a poem by California inmate Jarvis Jay Masters.

The Black Table piece notes that pruno "tastes so putrid that even hardened prisoners gulp it down while holding their noses...." Yet, "they'll go to incredible lengths to to make it, whipping up batches from frosting, yams, raisins and damn near everything."

And even educating inmates about the threat of botulism from pruno probably won't deter them, the MMWR report notes, concluding, "pruno production in prisons likely will not stop."