Accessibility links
Ketamine Relieves Depression By Restoring Brain Connections : Shots - Health News A few years ago, scientists discovered that the club drug ketamine worked as a quick and effective treatment for people depression who didn't respond to other treatments. New research goes further in explaining just how it works. 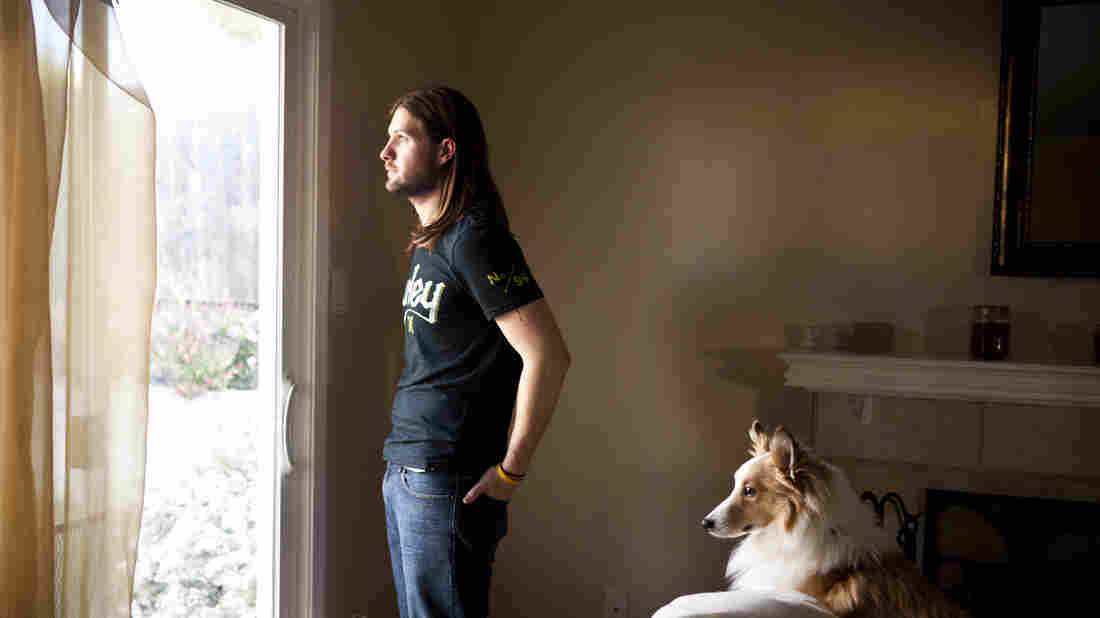 Chris Stephens, 28, has been battling depression all of his life. At times he wouldn't get out of bed for weeks. In January, he said his depression hadn't returned since he started taking ketamine. Lianne Milton/For NPR hide caption 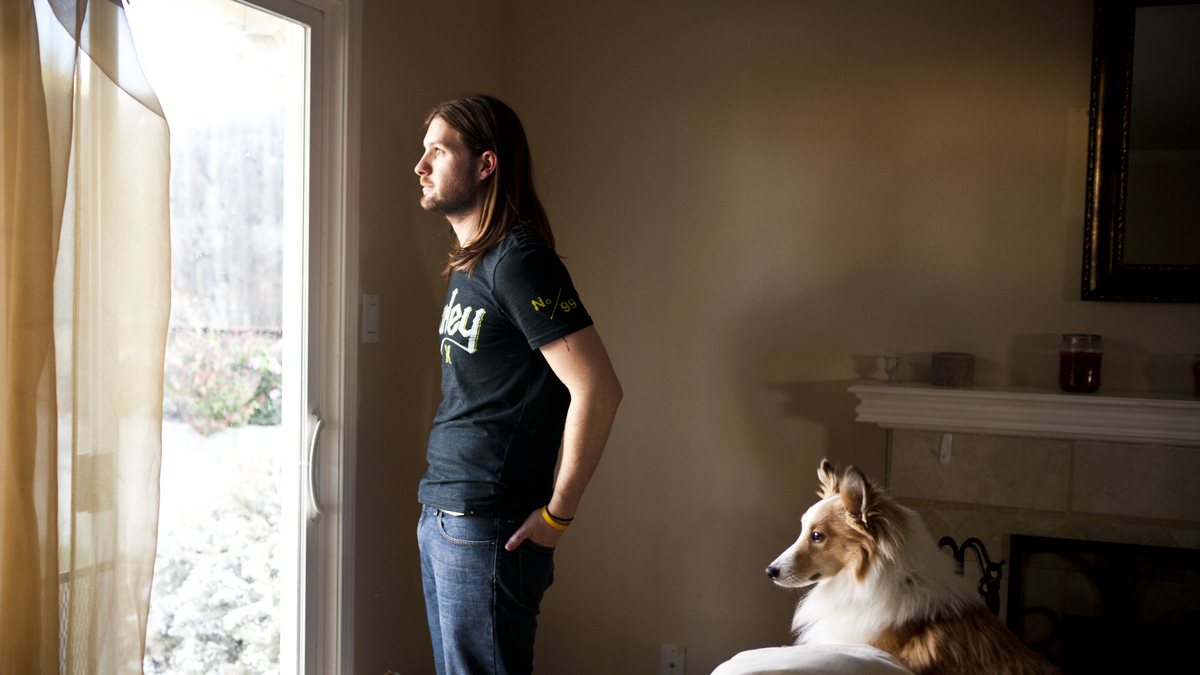 Chris Stephens, 28, has been battling depression all of his life. At times he wouldn't get out of bed for weeks. In January, he said his depression hadn't returned since he started taking ketamine.

Scientists say they have figured out how an experimental drug called ketamine is able to relieve major depression in hours instead of weeks.

Researchers from Yale and the National Institute of Mental Health say ketamine seems to cause a burst of new connections to form between nerve cells in parts of the brain involved in emotion and mood.

The discovery, described in Science, should speed development of the first truly new depression drugs since the 1970s, the researchers say.

"It's exciting," says Ron Duman, a a psychiatarist and neurobiologist at Yale University. "The hope is that this new information about ketamine is really going to provide a whole array of new targets that can be developed that ultimately provide a much better way of treating depression."

Ketamine is an FDA-approved anesthetic. It's also a popular club drug that can produce out-of-body experiences. Not exactly the resume you'd expect for a depression drug.

But a few years ago, researchers discovered that ketamine could help people with major depression who hadn't responded to other treatments. What's more, the relief came almost instantly.

The discovery "represents maybe one of the biggest findings in the field over the last 50 years," Duman says. 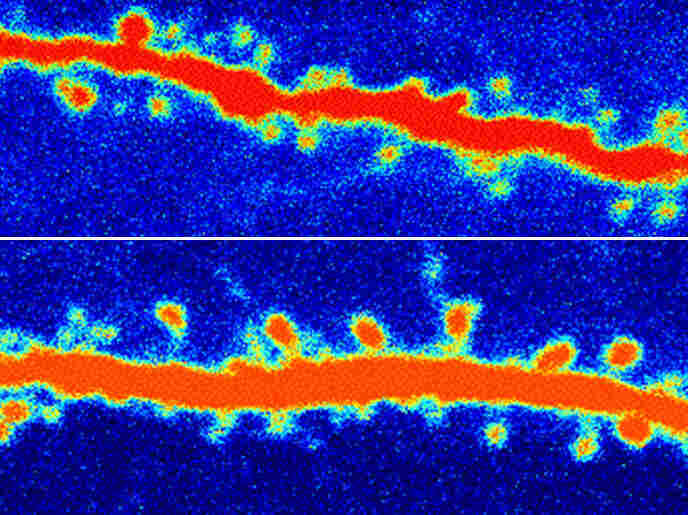 A rat neuron before (top) and after (bottom) ketamine treatment. The increased number of orange nodes are restored connections in the rat's brain. Ronald Duman/Yale University hide caption 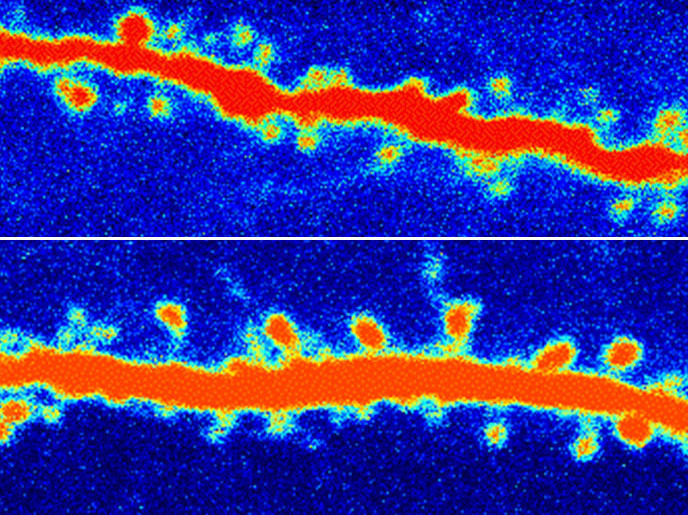 A rat neuron before (top) and after (bottom) ketamine treatment. The increased number of orange nodes are restored connections in the rat's brain.

Depression is associated with a loss of so-called synaptic connections between nerve cells, Duman says. So he and other scientists began to study mice exposed to stresses that produce symptoms a lot like those of human depression.

The stressed mice lost connections in certain parts of the brain. But a dose of ketamine was able to "rapidly increase these connections and also to rapidly reverse the deficits that are caused by stress," Duman says.

A team at the National Institute of Mental Health also has found evidence that ketamine works by encouraging synaptic connections.

It's possible to see the change just by studying rodent brain cells with a microscope, says Carlos Zarate from the Mood and Anxiety Disorders Program at NIMH.

His team studied 30 depressed patients who got ketamine. And they found changes in brainwave activity that indicated the drug had strengthened connections between neurons in areas of the brain involved in depression.

All of this research is intended to produce drugs that will work like ketamine, but without the hallucinations. And several of these alternative drugs are already being tried in people.

Preliminary results suggest that "some of these compounds do have rapid antidepressant effects without the side effects that occur with ketamine," Zarate says.

One of these drugs, called GLYX-13, has already been tested in two large groups of people — a key step toward FDA approval. The company that makes the drug, Naurex, says it will tell scientists how well GLYX-13 works at a meeting in December.