Accessibility links
Rare Fungal Meningitis Outbreak Spreads To Six States : Shots - Health News A steroid drug administered to relieve back pain has been contaminated by the spores of a common leaf mold. Five deaths have been reported so far. 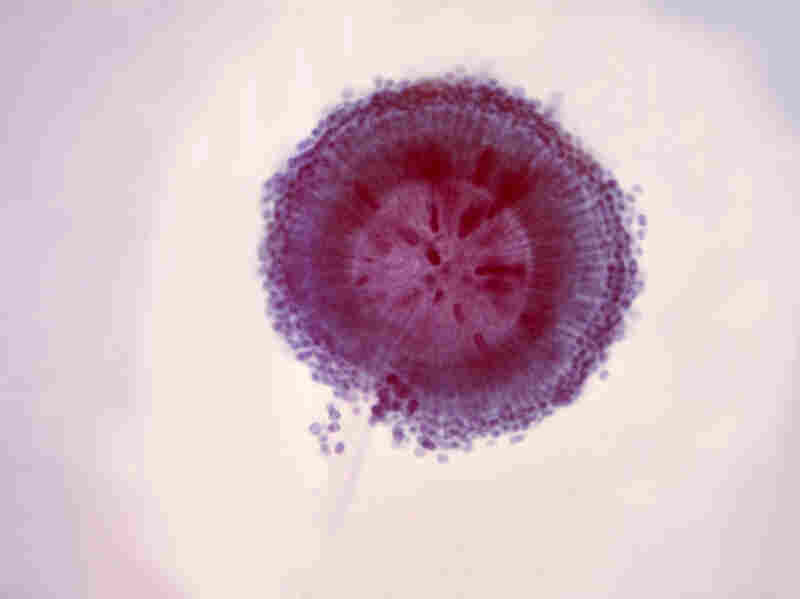 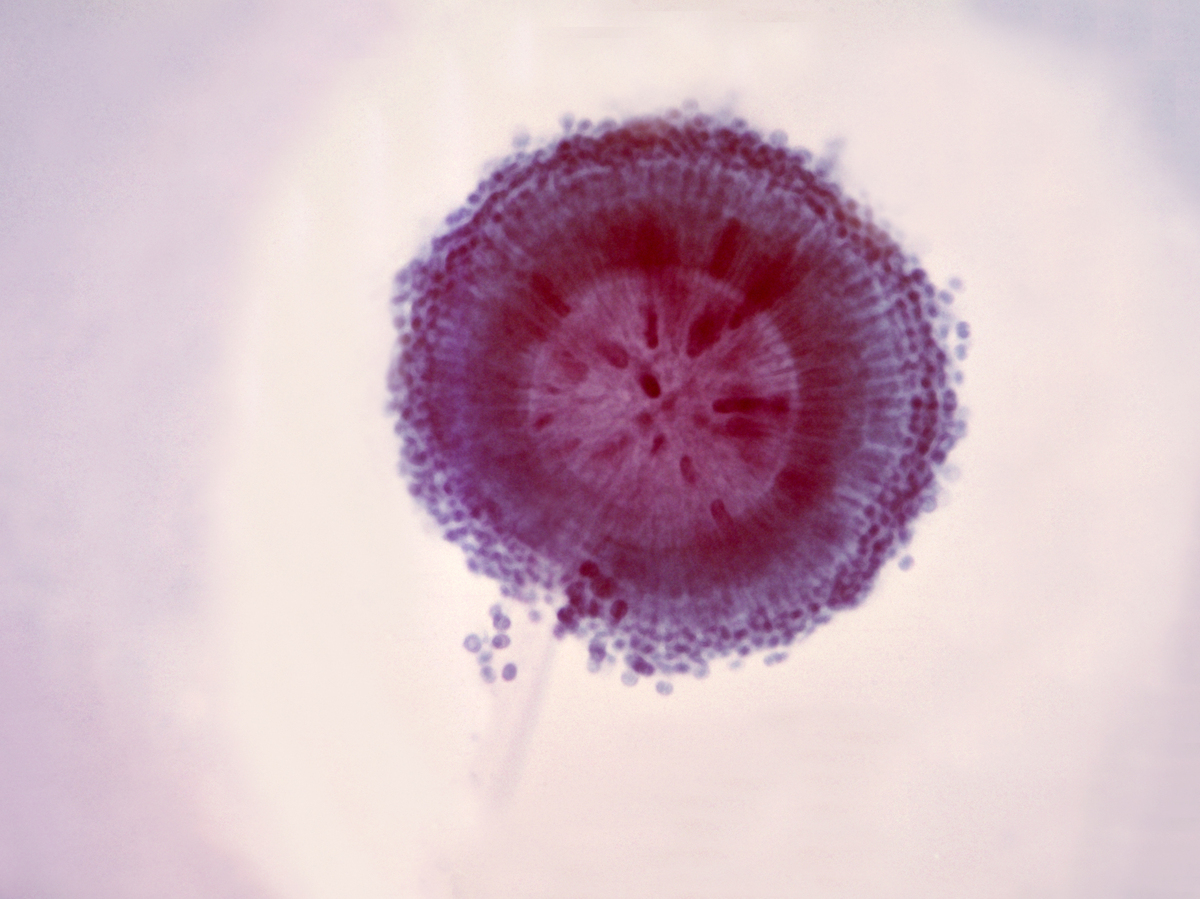 The fungus Aspergillus niger shows up as a black mold on decaying vegetation and food.

It's a troubling story authorities think will unfold over the next month or so. An untold number of Americans who got steroid injections in their spine to relieve back pain may end up with a rare fungal meningitis. The drug was contaminated with the spores of a common leaf mold — nobody knows how.

So far, the Centers for Disease Control and Prevention has recorded 35 cases of the fungal meningitis in six states: Tennessee, North Carolina, Florida, Virginia, Maryland and Indiana. Five patients have died.

The CDC conducted a joint media teleconference with the Food and Drug Administration on Thursday, and has made the audio of the meeting available.

The potential problem is much bigger than the cases recorded so far. The contaminated drug, called methylprednisolone acetate, has been shipped to 75 hospitals and clinics in 23 states.

Three lots of the drug shipped out since July have been recalled. "Unfortunately, despite this current recall, we expect to see additional cases as this investigation unfolds," says Dr. Ben Park of the CDC.

More common types of meningitis, caused by bacteria and viruses, can have sudden and dramatic symptoms. But Park says the fungal form may be subtle at the beginning. It can cause headaches, nausea, stiff neck and strokelike symptoms, such as difficulty finding words, numbness or weakness.

Patients and doctors who have had spinal injections of steroids recently should be alert to these symptoms. "It is possible that if patients are identified soon and started on appropriate anti-fungal therapy," Park says, "some of the unfortunate consequences may be averted."

The incubation period of fungal meningitis may be as long as four weeks. So cases could emerge over the next month or more, depending on how fast recalled vials are removed from the supply stream.

Where The Contaminated Drug Went

States that have received shipments of the contaminated lots of methylprednisolone:

Surprisingly, the FDA says it has no idea how many doses of the tainted medicine have been shipped out. "We can't tell you when we'll find out," the FDA's Ilisa Bernstein said in response to a question from Shots.

FDA inspectors identified "fungal material" in a vial of methylprednisolone this week. And even though none of the company's other products has been implicated so far, Bernstein says the FDA urges doctors, clinics and hospitals to stop using any NECC medicine.

"Given the severity of the illnesses we have seen so far," Bernstein told reporters in the FDA-CDC teleconference, "we believe these precautionary measures are warranted to protect the public."

Compounding pharmacies, which provide up to 10 percent of U.S. pharmaceuticals, are more loosely regulated than traditional drug companies. As is common, NECC is licensed by a state pharmacy board, which doesn't have the staff to conduct regular inspections. The company has been cited for contamination problems in the past, as the Boston Globe reports.

"Dr. April Pettit, one of our infectious disease colleagues, was caring for a patient with a troublesome form of meningitis," Dr. William Schaffner of Vanderbilt told Shots.

The male patient, in his 50s, wasn't responding to conventional treatment. So Pettit sent a sample of his spinal fluid to the lab.

"When the microbiology laboratory informed her that Aspergillus had been recovered from culture, this was a stunning and totally unexpected result," says Schaffner, an infectious disease expert.

Aspergillus is the name of a common leaf mold. Most people breathe in its spores every day without being sick. People don't get Apergillus infections unless they have severely compromised immunity.

Pettit learned the man had gotten a spinal injection a couple of weeks earlier. She put two and two together and notified state health authorities. They've identified 18 Tennessee patients infected by the contaminated medicine so far. Three have died, including Pettit's patient.

There's one lucky aspect of this disaster: Unlike more common forms of meningitis, this type can't be passed from person to person.