Accessibility links
Romney Health Care Debate Claim Gets Corrected By His Own Staff : Shots - Health News Mitt Romney said that pre-existing conditions would be covered under his health care plan. But his plan wouldn't guarantee that people who don't have coverage now will be able to buy it. 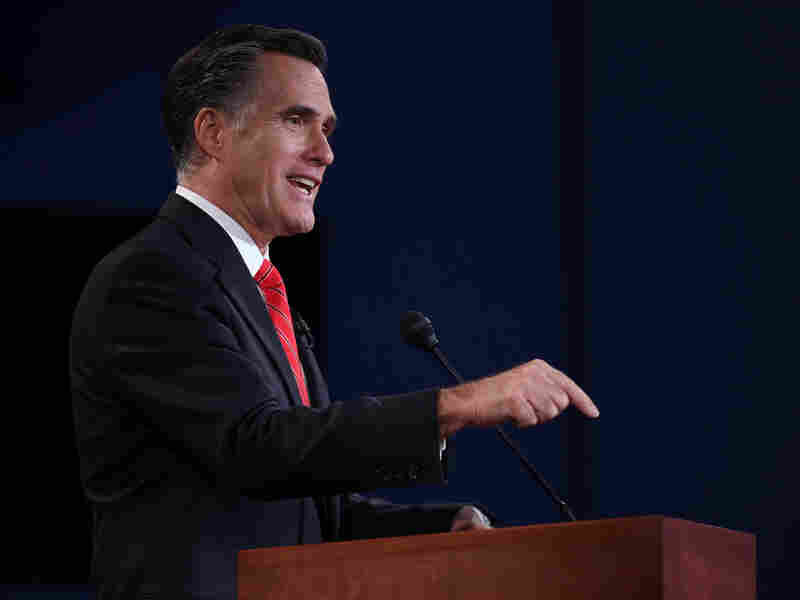 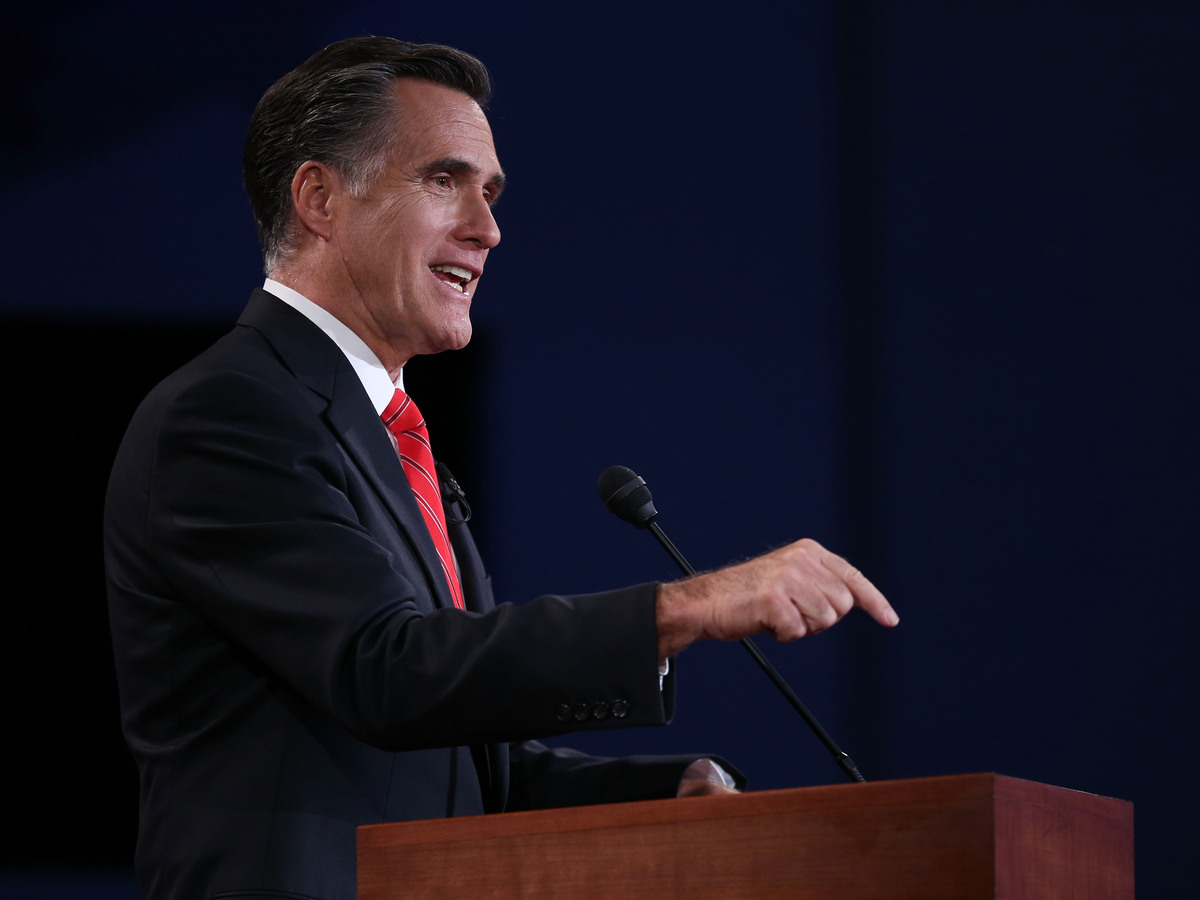 Mitt Romney speaks during the presidential debate Wednesday in Denver.

Independent fact checkers have not been particularly kind to Mitt Romney since Wednesday's first presidential debate in Denver. But one of the candidate's claims turned out to be so far off the mark that he had to be corrected by his own aides — a fact not unnoticed by the Obama campaign.

Romney's claim was this, part of what turned out to be a highly detailed discussion of health care: "No. 1, pre-existing conditions are covered under my plan."

By pre-existing conditions, Romney was talking about the ability for people who already have medical problems — diabetes, for example, or even things like allergies — to buy health insurance. Starting in 2014, the federal Affordable Care Act says insurance companies can no longer reject people with bad health histories — nor can they charge them more.

That's already true in Massachusetts under the law Romney signed as governor. But Romney's current plan for the nation, should he be elected president, wouldn't necessarily guarantee that same protection.

The president was referring to the Health Insurance Portability and Accountability Act, or HIPAA. It's a 1996 law that says, among other things, that once you have health insurance you can continue to purchase it, as long as there's no interruption in your coverage of more than 63 days.

But Romney's plan wouldn't guarantee that people who don't have coverage now will be able to buy it. Top Romney adviser Eric Fehrnstrom said as much in the so-called spin room to several reporters right after the debate, and again on Thursday on CNN.

"The governor will repeal Obamacare and he will return to the states the power to control their own health care futures," Fehrnstrom told Wolf Blitzer. "Look, what works in Massachusetts may not work in Texas. It was wrong for the president to take the broad outlines of the Massachusetts plan and impose it as a dictate from Washington on every state in the nation."

That correction was gladly picked up by the Obama forces. At a rally Friday in Northern Virginia, Obama took credit for one of the few times he actually called Romney out during the debate.

"Gov. Romney was fact checked by his own campaign. That's rough," the president told a cheering crowd at George Mason University. "Even they know his plan would take away coverage for tens of millions of Americans."

This isn't the first time a Romney statement has had to be walked back by his staff when it comes to health care. In recent weeks he's misstated or switched positions on abortion and on Medicaid. But at 67 million viewers, this was by far the largest audience that's heard something different from what the candidate's position actually is.