Accessibility links
Girls Vaccinated For HPV Not More Likely To Be Sexually Active : Shots - Health News Researchers found that 11- and 12-year-old girls who had the vaccine were no more likely to have had sexual health issues than ones who didn't. Still, parents' concerns about daughters and sexual activity remain a barrier to widespread adoption of the HPV vaccine, along with concerns about vaccine safety. 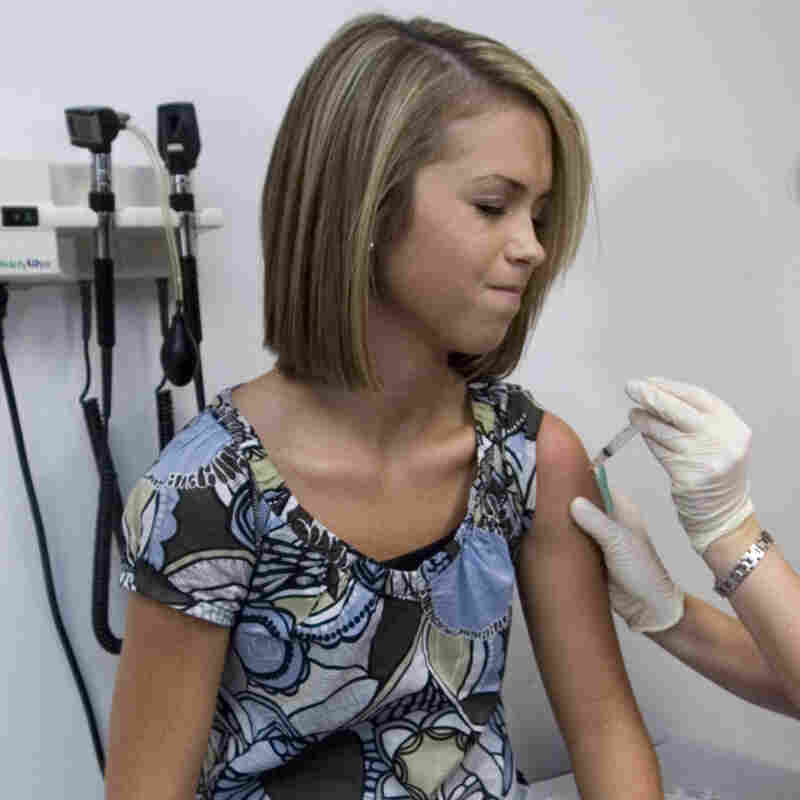 An 18-year-old girl winces as she has her third and final shot of the HPV vaccine. John Amis/AP hide caption 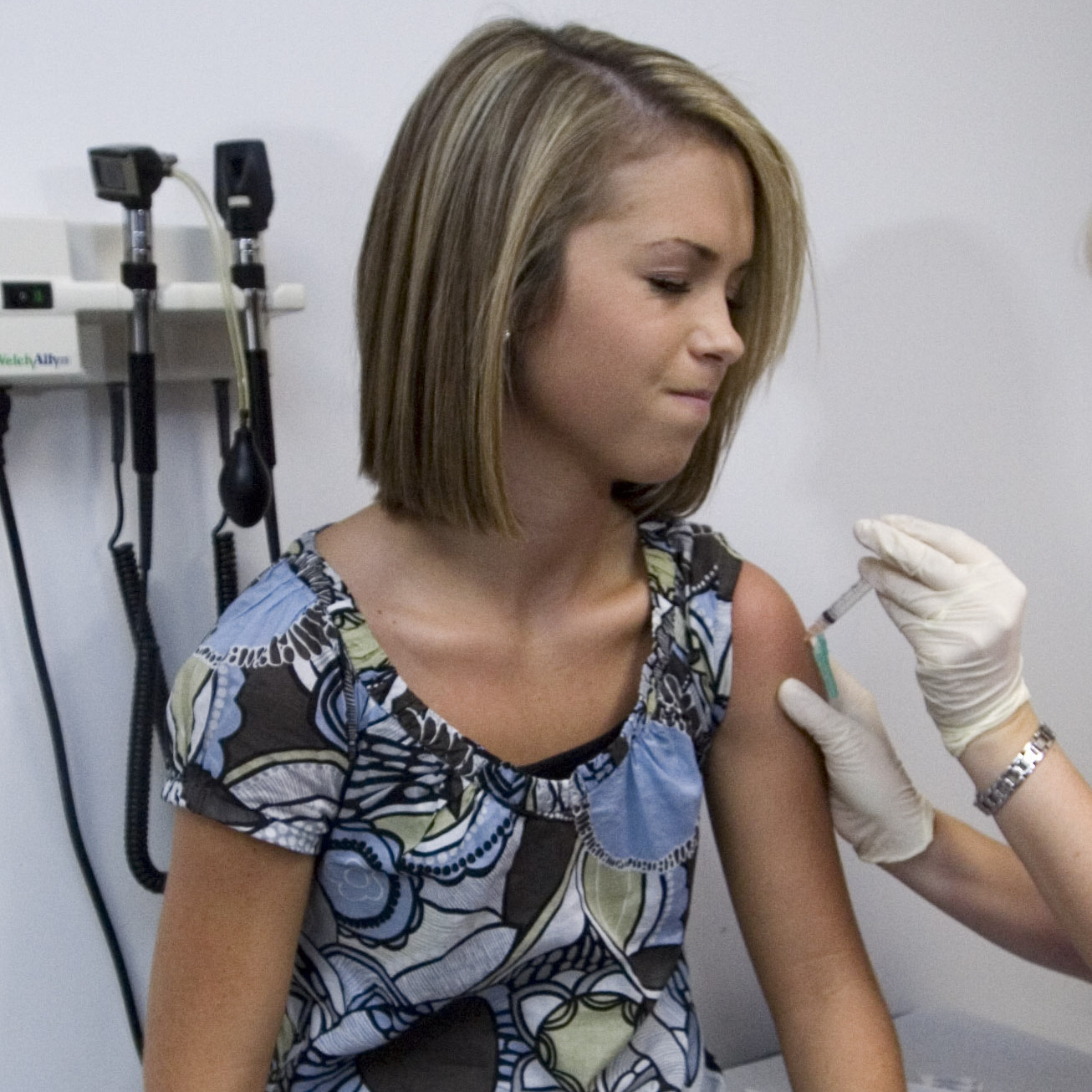 An 18-year-old girl winces as she has her third and final shot of the HPV vaccine.

Giving the human papillomavirus vaccine to teenage girls doesn't increase the likelihood that they will be sexually active, according to a new study.

That may help put parents at ease; the notion of vaccinating 11- and 12-year-old girls for a sexually transmitted virus has made some uncomfortable, and is one reason why only a little more than half of teenage girls have had the vaccine.

When it comes to sex and daughters, evidence doesn't trump emotion. Julie Stewart is one of those parents. She told NPR's Richard Knox last fall that it seems premature to be giving her preteen daughter a vaccine to protect against cervical cancer, which can be caused by HPV.

"I realize it's probably more about my squeamishness with the thought of her becoming sexually active than the vaccination itself," Stewart says. "It's not the science. I think it's my own issues around her developing sexually."

Researchers hope this new study will help parents like her come to grips with their squeamishness.

Rather than ask girls to report whether they were sexually active, the study authors looked at medical records from teenage girls who went to the doctor at Kaiser Permanente clinics in Georgia. They identified the ones who had become pregnant, had contracted a common sexually transmitted disease, or had asked for counseling about using contraceptives.

Then they looked to see which ones had had at least one HPV shot when they were 11 or 12. (The full regimen is three shots; one study in 2010 found that only 30 percent of eligible women and girls get all three shots.)

Of the 1,398 girls in the Kaiser study, the ones who had the HPV vaccine were no more likely to have had sexually related health issues than the ones who hadn't. In both groups, only about 10 percent had medical visits related to sexual activity in the three years after getting the vaccine.

"You never know exactly at what age girls will become sexually active," says Robert Bednarczyk, a clinical investigator with the Kaiser Permanente Center for Health Research Southeast and an epidemiologist with the Rollins School of Public Health at Emory University, who authored the study. "By providing the vaccine earlier, it gives protection into adolescence and early adulthood."

But he acknowledges that parents' concerns about daughters and sexual activity remain a barrier to widespread adoption of the HPV vaccine, along with concerns about vaccine safety. "It is trailing behind other adolescent vaccines," Bednarczyk told Shots.

This is the first study to look at the question of HPV vaccine and sexual activity that didn't rely on girls to report whether they were sexually active. It was published in the journal Pediatrics.

Earlier this year, the American Academy of Pediatrics recommended that teenage boys get the HPV vaccine too, but that decision hasn't sparked nearly as much worry as has vaccinating girls.

A different bit of data may be the most reassuring: The number of teenage girls who are sexually active has been declining steadily. Now less than one-third of 15- to 17-year-old girls say they've had sex, compared with 39 percent in 1995, according to surveys from the Centers for Disease Control and Prevention.

The CDC and the pediatricians say that vaccinating well before teenagers become sexually active is the best way to ensure that they will be protected against HPV infection as teenagers and young adults.