Accessibility links
Wiping Out Polio: How The U.S. Snuffed Out A Killer : Shots - Health News During the early 20th century, polio killed thousands of American children each summer and paralyzed many more. Now, as the world fights to eradicate the virus globally, we look back at the development of the polio vaccine and its successful deployment around the world.

Sixty years ago, polio was one of the most feared diseases in the U.S.

As the weather warmed up each year, panic over polio intensified. Late summer was dubbed "polio season." Public swimming pools were shut down. Movie theaters urged patrons not to sit too close together to avoid spreading the disease. Insurance companies started selling polio insurance for newborns.

The fear was well grounded. By the 1950s, polio had become one of the most serious communicable diseases among children in the United States.

In 1952 alone, nearly 60,000 children were infected with the virus; thousands were paralyzed, and more than 3,000 died. Hospitals set up special units with iron lung machines to keep polio victims alive. Rich kids as well as poor were left paralyzed.

Then in 1955, the U.S. began widespread vaccinations. By 1979, the virus had been completely eliminated across the country.

Now polio is on the verge of being eliminated from the world. The virus remains endemic in only two parts of the globe: northern Nigeria and the border between Afghanistan and Pakistan.

Throughout this week, we'll be reporting on the fight to eradicate the last few pockets of polio. We kick off with a look back at how the U.S. and the rest of the world wiped out the virus for good. 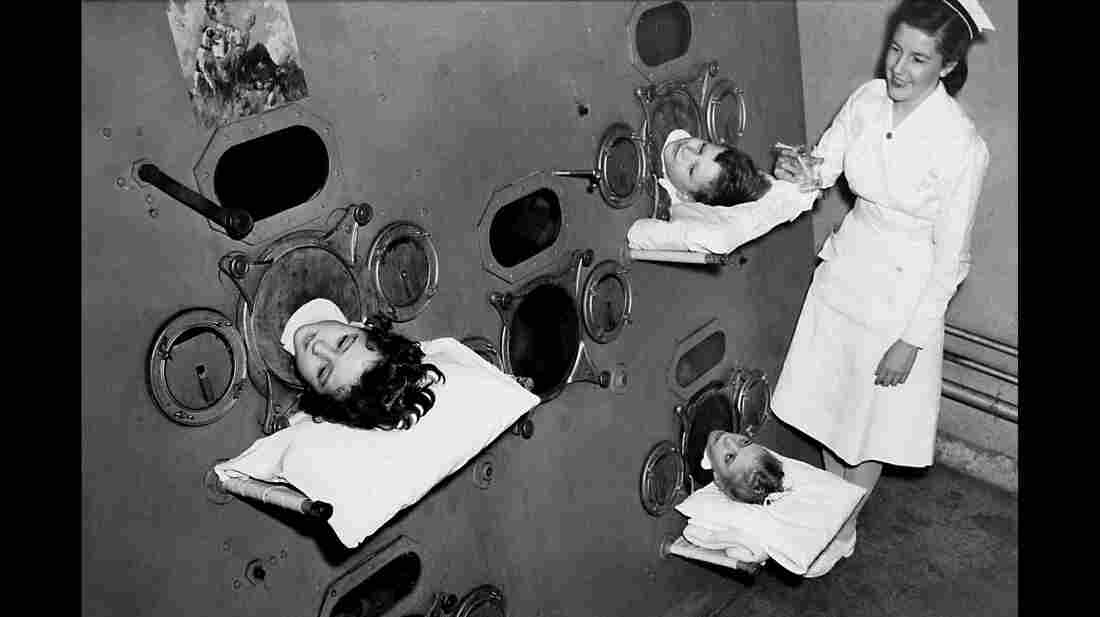 During the peak of the polio epidemic in the U.S., some hospital wards even had large, room-like iron lungs where multiple children lived. Courtesy of Boston Children's Hospital Archive hide caption 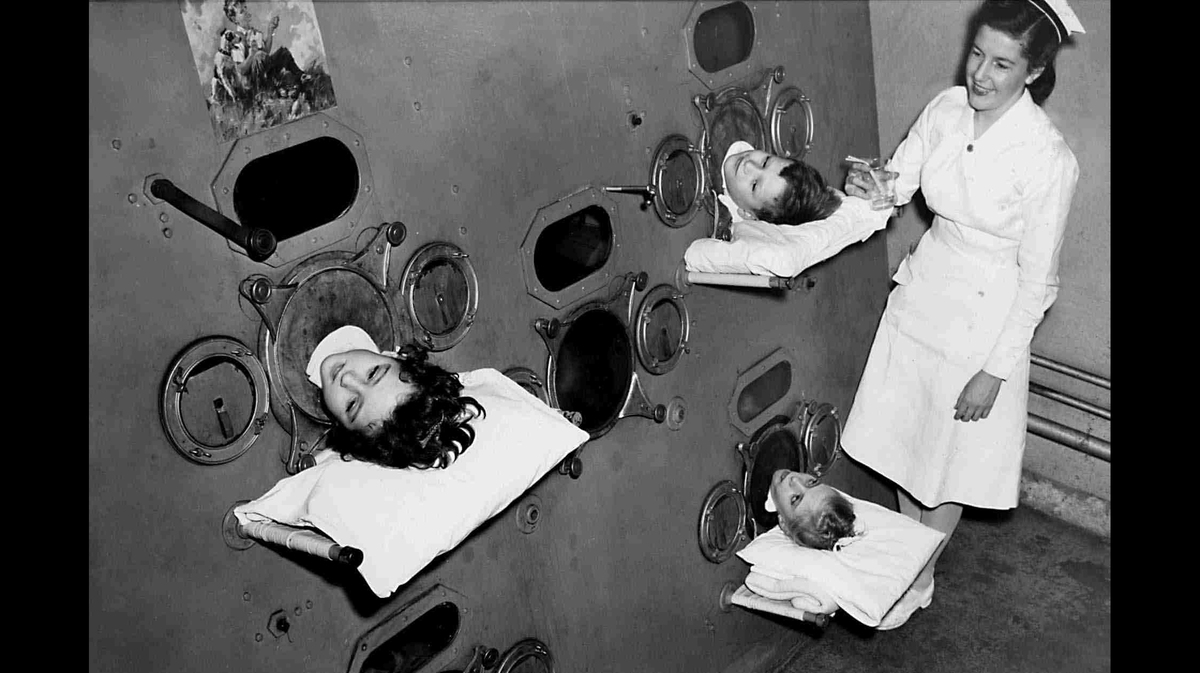 During the peak of the polio epidemic in the U.S., some hospital wards even had large, room-like iron lungs where multiple children lived.

The first major polio epidemic in the United States hit Vermont in 1894 with 132 cases. A larger outbreak struck New York City in 1916, with more than 27,000 cases and 6,000 deaths. As the number of polio cases grew, the paralytic disease changed the way Americans looked at public health and disability.

Franklin D. Roosevelt contracted polio 12 years before he became president. Roosevelt concealed the extent to which he suffered from polio, but he acknowledged having it. His presidency put polio front and center on the national stage. In 1938, Roosevelt founded the National Foundation for Infantile Paralysis and spearheaded the March of Dimes for polio research. In 1946, President Harry Truman declared polio a threat to the United States and called on Americans to do everything possible to combat it.

"The fight against infantile paralysis cannot be a local war," Truman declared in a speech broadcast from the White House. "It must be nationwide. It must be total war in every city, town and village throughout the land. For only with a united front can we ever hope to win any war."

"Polio was a fear of parents throughout this country," says Dr. John L. Sever, recalling his childhood in Chicago. He later helped launch the Rotary International's global drive against polio.

A 1950s newsreel shows widespread vaccinations under way with the Salk vaccine.

At the University of Pittsburgh, Jonas Salk launched what was then the largest human trial in history, injecting nearly 2 million American kids with a potential vaccine. When it was announced that his vaccine worked, Salk was hailed as a humanitarian hero.

Famed CBS newsman Edward R. Murrow asked Salk who owned the patent to his vaccine. The scientist replied: "There is no patent. Could you patent the sun?"

The battle of science against disease, however, wasn't as smooth and simple as movie house newsreels from the time depicted it. At one point, a botched batch of vaccine paralyzed and even killed some of the recipients.

Salk's main rival in the vaccine race, Albert Sabin at Cincinnati Children's Hospital, couldn't gain political support in the U.S. for what he viewed as his superior vaccine. So at the height of the Cold War, he tested it in the Soviet Union instead.

Both Salk's and Sabin's vaccines are still used today. But Sabin's version, which requires just two drops in a child's mouth, proved much easier to use in mass immunization campaigns.

Sever says this oral vaccine was key to wiping out polio in the developing world: "After all, if you could count to two, you could be an immunizer."

The U.S. recorded its last case of polio in 1979, among isolated Amish communities in several states. Then the effort to eradicate polio globally began in earnest. The Western Hemisphere reported its last case, in Peru, in 1991.

Stamping Out The Last Pockets Of Polio

The world is getting tantalizingly close to eradicating the polio virus. Although 11 countries reported cases of polio in 2011, the virus has turned up in only four countries so far this year.

In 1988, the World Health Organization set a new goal: eliminate polio. Since then, international institutions have poured billions of dollars into the eradication effort. They're getting very close to their target: So far this year, there have been fewer than 200 polio cases globally.

But the intensive immunization efforts against polio right now can't let up at all, warns Joel Breman at the National Institutes of Health.

"We've seen what can happen when there's any break in the chain," Breman says. "In 2003 and 2004, northern Nigeria stopped vaccinating, even though they had endemic transmission. And boom! Twenty-one other countries that claimed and had proven to have eliminated polio became reinfected all over."