Accessibility links
Medicare: Where Presidential Politics And Policy Collide : Shots - Health News Medicare is emerging as the most important health care voting issue — more important than even the Affordable Care Act. And with 10,000 baby boomers qualifying for the program every day, whoever wins the election will have to find some way to rein in spending. 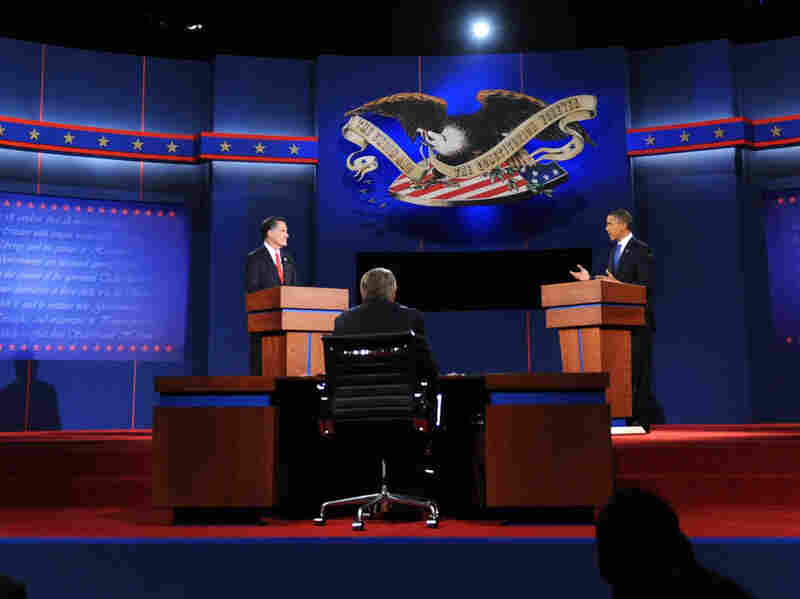 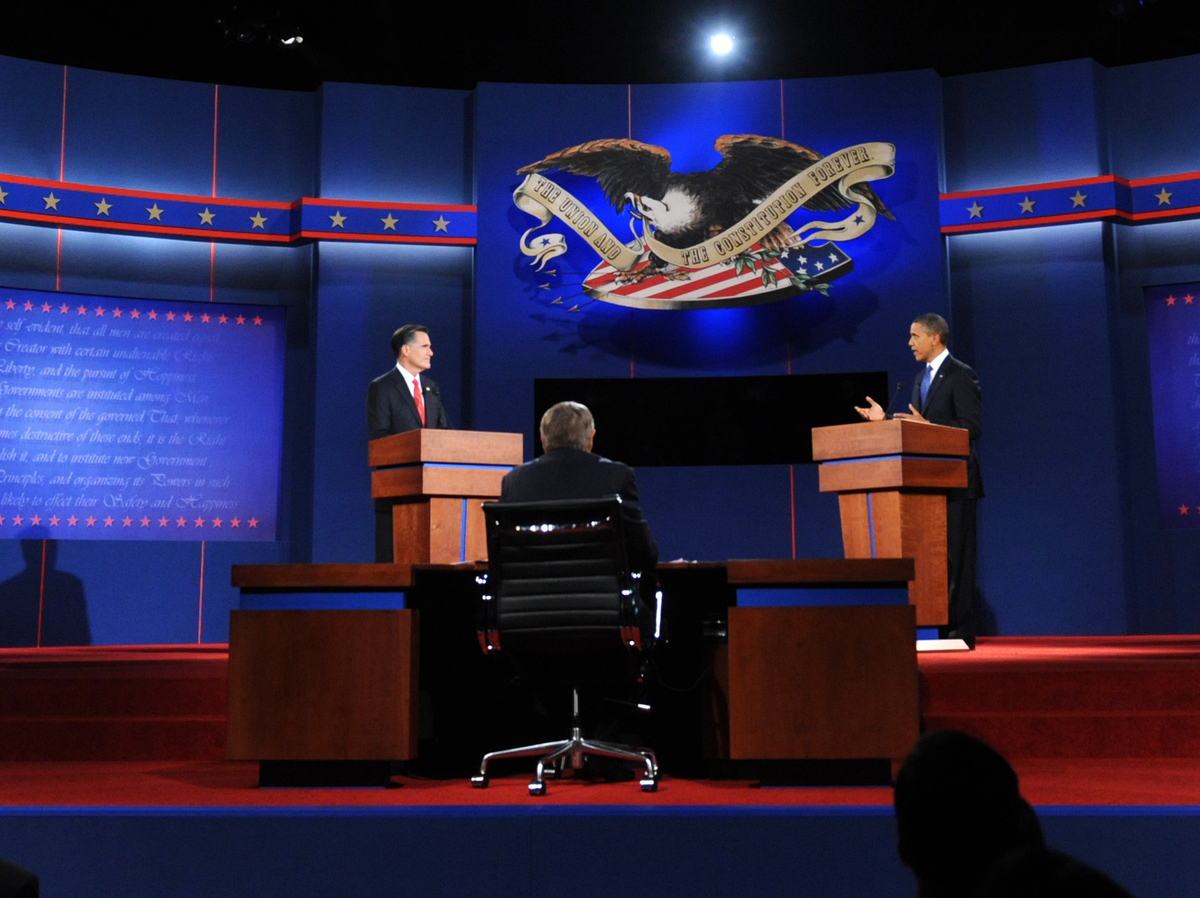 Medicare, the federal health insurance program for about 50 million senior and disabled Americans, is simultaneously one of the most popular and imperiled programs in America.

Its participants — and their relatives — tend to be highly satisfied with the generous health benefits it provides. But some 78 million baby boomers are now beginning to qualify for the program at a rate of an estimated 10,000 every day.

The first presidential debate earlier this month in Denver had an entire segment devoted to the subject of health care. And it's almost certain to come up in tonight's debate in New York.

But it wasn't the 2010 health law that the candidates brought up first in the last debate. It was Medicare. Specifically, each candidate went after what he saw as the weaknesses of the other candidate's plan.

Here's what President Obama had to say:

"The idea, which was originally presented by Congressman Ryan, your running mate, is that we would give a voucher to seniors, and they could go out in the private marketplace and buy their own health insurance. The problem is that because the voucher wouldn't necessarily keep up with health care inflation, it was estimated that this would cost the average senior about $6,000 a year."

Romney countered with a critique of what President Obama's health law would do to Medicare:

"For current retirees he's cutting $716 billion from the program. Now, he says by not overpaying hospitals and providers, actually just going to them and saying we're going to reduce the rates you get paid across the board, everybody's going to get a lower rate."

Independent fact checkers, including this one, took issue with exactly how the candidates described each other's plans. But the outlines are basically accurate.

"I know my own view is I'd rather have a private plan," he said in the debate. "I'd just as soon not have the government telling me what kind of health care I get. I'd rather be able to have an insurance company. If I don't like them, I can get rid of them and find a different insurance company."

But the bottom line is that both candidates are walking a political tightrope. On the one hand, says Drew Altman, president and CEO of the Kaiser Family Foundation, it's Medicare, not the health law, that could help turn the election. That's what the foundation's most recent poll found.

"The voting issue in this election, if health care is a voting issue, is much more Medicare than it is the Affordable Care Act," Altman says.

And seniors are important — not only because they vote more reliably than other voters, but also because they're a key voting bloc in swing states like Florida and Ohio.

But Altman says the same poll last month that found seniors are making Medicare a voting issue also found something else — that they pretty much like Medicare the way it is now.

"The verdict is very clear, especially with seniors," he said. "They're anxious about changing the traditional program."

Now a prudent politician would say, "OK, let's just not touch Medicare." After all, they don't call it one of the third rails of politics for nothing. But that's no longer an option, not with those 10,000 baby boomers turning 65 every day for the next two decades.

"We as a society are not willing to put the resources in to let Medicare go along as it's going along," says Jonathan Gruber, a health economist at MIT and an architect of both the health plan passed by Massachusetts under then-Gov. Romney and the Affordable Care Act. "To keep Medicare solvent over the long run would require taking the current Medicare payroll tax, which is about 2.9 percent, and taking it up to 12 percent or more of payroll. And we're just not willing to do that."

That means that Medicare spending will have to be reined in somehow. Gruber says he likes the way the Affordable Care Act takes on Medicare — with a variety of approaches. They include not only reducing some payments to health care providers but also experimenting with ways to provide financial incentives for higher-quality care.

"It's a balanced approach," Gruber says. "It's basically saying, 'Look, there's lots of different things we need to do for Medicare to make it work better. We don't really know which one is the ultimate long-term solution. But we need to move forward.' "

GOP candidate Romney, meanwhile, says he prefers the power of the marketplace.

"This is an idea that's been around a long time," he said at the debate, about the concept known as premium support, "which is saying, 'Hey, let's see if we can't get competition into the Medicare world so that people can get the choice of different plans at lower cost, better quality.' I believe in competition."

But clearly when it comes to Medicare, both candidates also share the belief in using it as a weapon to wield against their opponent, in an effort to scare seniors. That's something that's been true for several elections now, and it's shown no sign of changing this year, either.