Accessibility links
How The Taliban Is Thwarting The War On Polio : Shots - Health News Polio is deadly, but so is what's required to stamp it out once and for all in Pakistan: facing down Islamist extremists. The virus thrives in Pakistan's lawless — and largely inaccessible — tribal regions. To stop polio's spread, health workers must be courageous, clever and relentless.

Pakistan is one of the remaining corners of the world where polio still lingers. Last year, the government declared a national emergency, and with the help of international institutions, embarked on an aggressive vaccination campaign.

So far, the results have been promising. The number of new polio cases is about a third of last year's total of 198.

But the new campaign, like previous efforts, hasn't been able to overcome one critical problem: getting into parts of Pakistan's lawless tribal regions along the border with Afghanistan to vaccinate the children there.

About 75 percent of Pakistan's polio cases can be traced back to certain areas there, primarily FATA, the Federally Administered Tribal Areas, and neighboring Khyber Pakhtunkhwa. Quetta, in Baluchistan, is also difficult to enter, says Pakistan's point person for polio, Shahnaz Wazir Ali.

The Taliban, al-Qaida and other Islamist groups are based throughout the region, and it's volatile and dangerous.

"This is a traditionally tribal society," Wazir Ali says. "And no one from outside can access those communities because of their very, very strict tribal laws."

"In certain areas, we have not been able to access children for more than three years because of military operations, because of the American drone strikes ... because of the reaction to what the Americans and other countries are doing in Afghanistan," Wazir Ali says.

In July, the Taliban flat-out banned any polio teams from entering North and South Waziristan until the U.S. drone attacks stopped.

Rumors about the polio vaccine are rife: It'll make the children sterile; it contains the AIDS virus; the vaccinators are really CIA agents. 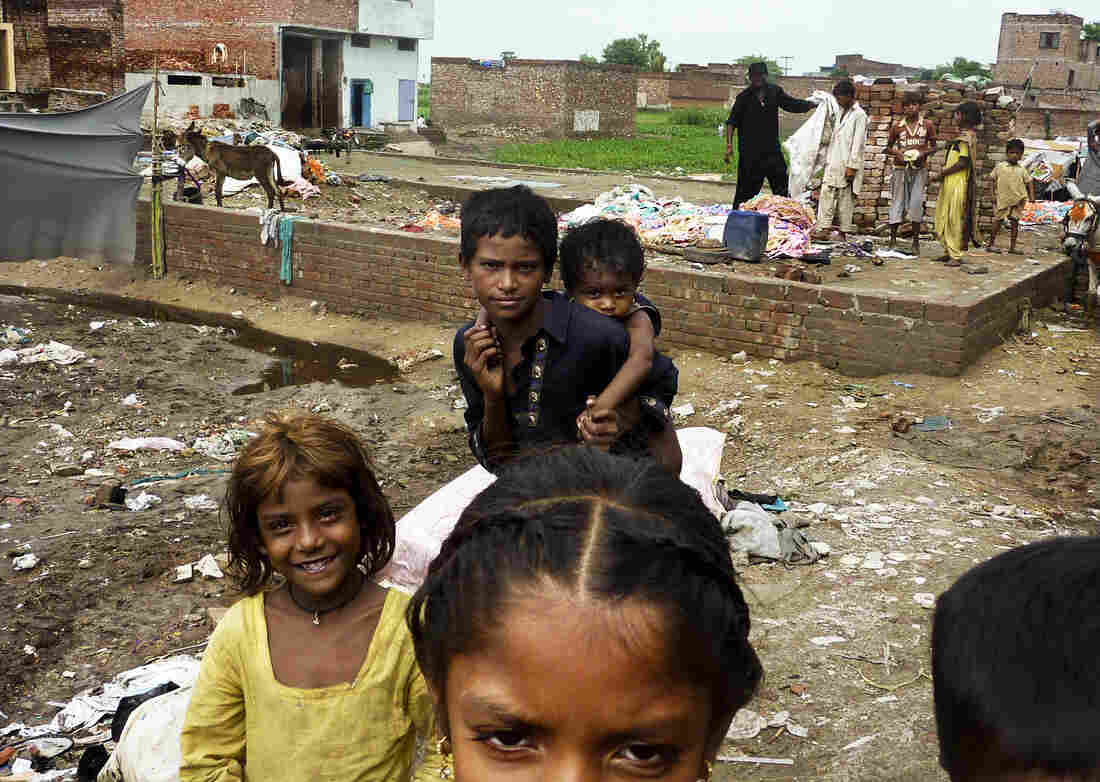 Children in a Lahore slum after heavy rains. The slum has a large population of Pashtuns who came from Pakistan's lawless tribal regions; many carry the polio virus with them. Jackie Northam/NPR hide caption 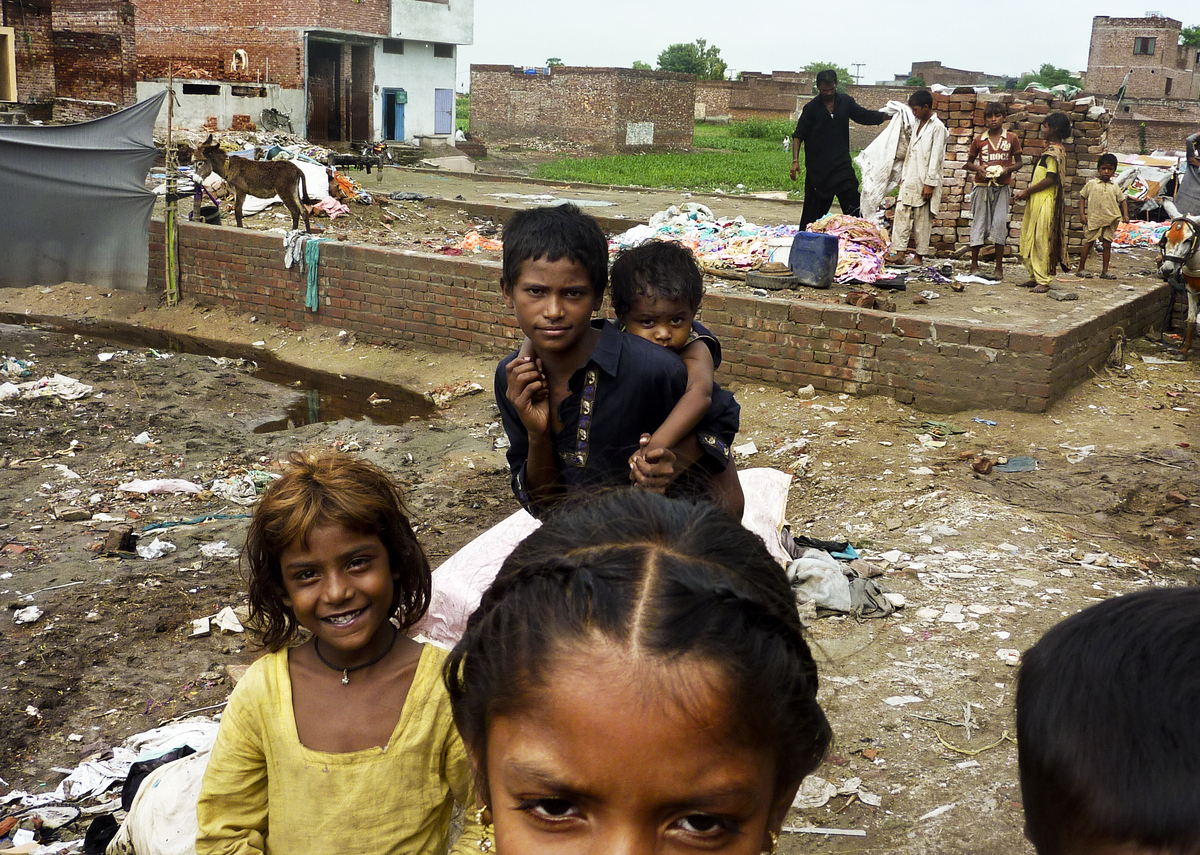 Children in a Lahore slum after heavy rains. The slum has a large population of Pashtuns who came from Pakistan's lawless tribal regions; many carry the polio virus with them.

Plus, it's difficult enough getting into these areas. And the population — mostly ethnic Pashtuns — is highly mobile. People often leave the tribal area to escape the danger or to find work, and they take the polio virus with them.

Checkpoints have also been set up on major thoroughfares and at railway stations across the country to catch the children from the Pashtun areas, who would not otherwise be inoculated.

At one checkpoint outside of Islamabad, 21-year-old Khan Wali scrutinizes every car that goes by to see if there is a child under 5. Police officers stand next to him to make sure the car stops.

Wali asks parents if their babies have been vaccinated, and he checks the child's finger. If there's a blue mark on the nail, then the child has been recently inoculated. If not, Wali pulls a vial out of a blue cooler and tips the vaccine into the child's mouth. The whole thing takes less than a minute.

Many children are malnourished and aren't very healthy, so their immune systems are very weak. To be fully protected from polio, the children will need several doses of the vaccine.

There are already 10 polio campaigns scheduled each year, yet Elias Durry, who leads Pakistan's polio eradication program for the World Health Organization, says he knows they're missing so many children.

"When you look into different parts of the country, each time we have, like, 1 million children at one point that we are not able to access," Durry says.

And for every child that exhibits polio paralysis, there are more than 100 carrying and transmitting the virus.

Health workers monitor the progress of vaccination campaigns by looking for the virus in community sewages.

Far fewer areas are testing positive for polio, as the international campaign in Pakistan takes effect — but not the city of Rawalpindi. Pakistan's fourth-largest city, which sits right next Islamabad, is considered a high-risk area for polio, and it usually tests positive.

Still, there have been only three cases of polio discovered in the city over the past couple of years. Recently, a 3-year-old Pashtun boy was diagnosed here. After that, teams of vaccinators spread through the Pashtun slums in Rawalpindi and neighboring Islamabad.

The slums are congested and filthy. There's no sanitation, and the children are in rags. The vaccinators go house to house, looking for children and delivering extra doses of the polio vaccines.

They examine the writing left by vaccinators on an old wooden door. And they double-check the children's fingernails for the telltale mark that they were given the additional doses. Then they move on to the next house, scrupulously tracking down every child.

The vaccinators are three women with their faces covered with veils. They carry a cooler containing the polio vaccine. 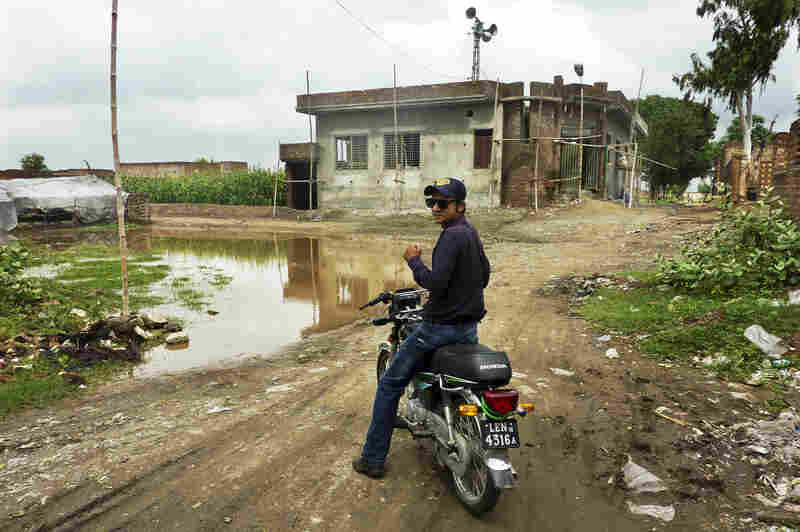 Social mobilizer Omer Feroze makes his way through a Lahore slum as part of an effort to educate people about polio and dispel any rumors about the vaccine. Misconceptions about the vaccine are rife within the country's population. Jackie Northam/NPR hide caption 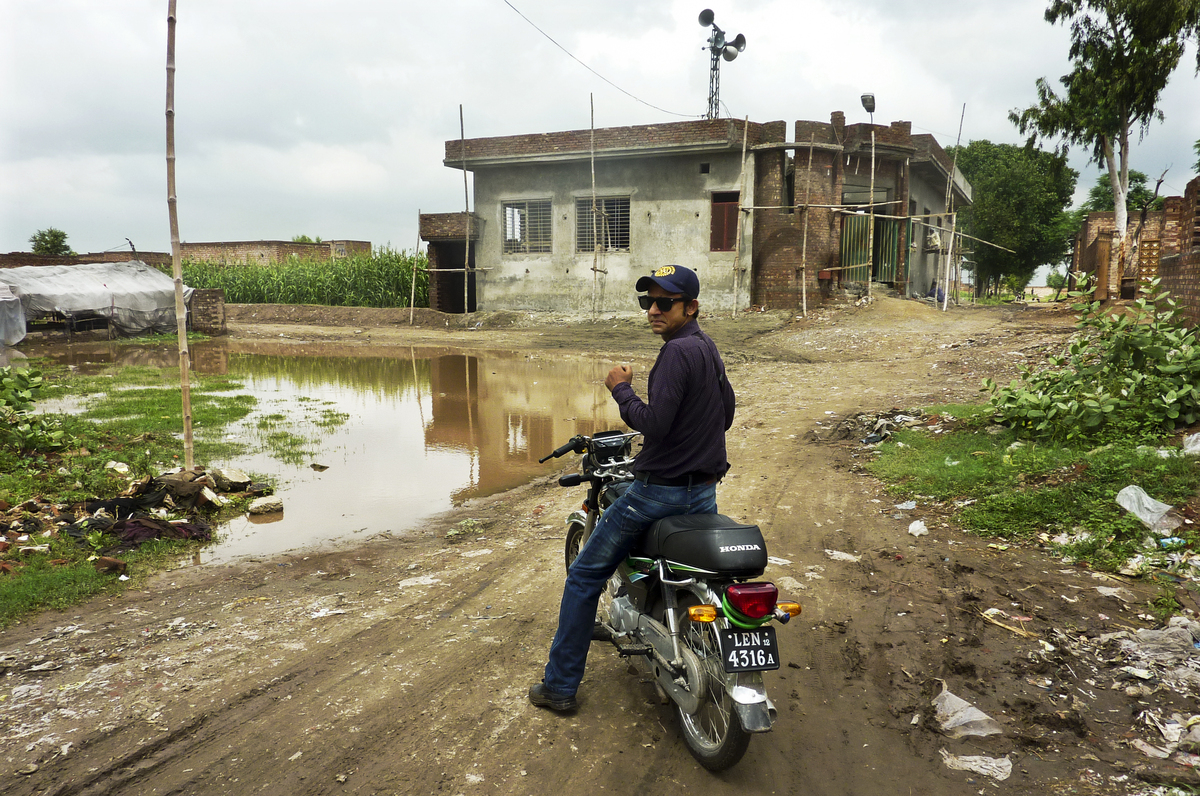 Social mobilizer Omer Feroze makes his way through a Lahore slum as part of an effort to educate people about polio and dispel any rumors about the vaccine. Misconceptions about the vaccine are rife within the country's population.

They say many of the mothers ask a similar question. "They are asking questions repeatedly: 'Why are you again and again administering the polio drops?' " Khadeja Kubra, who works for the health department, says. "We have to tell them there is a polio case in Rawalpindi and we will, inshallah, come back in a week."

It can be dangerous work. Some vaccinators have been attacked. Another was killed in a Pashtun slum in the southern city of Karachi this summer.

UNICEF has trained and recruited more than 1,000 special health workers to educate families about the polio virus, encourage people to vaccinate their children, and dispel rumors about the vaccine. These so-called social mobilizers talk to students, women's groups and, in particular, religious leaders, who have an enormous influence in the community.

It's a painstaking job, but the health workers know they have to repeatedly vaccinate every single one of Pakistan's 34 million children if the country wants to eradicate polio once and for all.