Accessibility links
Poor Sleep May Lead To Too Much Stored Fat And Disease : Shots - Health News Researchers have found that fat cells become less responsive to insulin when sleep is lost. Over the long-term, fat accumulation can set the stage for Type 2 diabetes, fatty liver disease and weight gain. 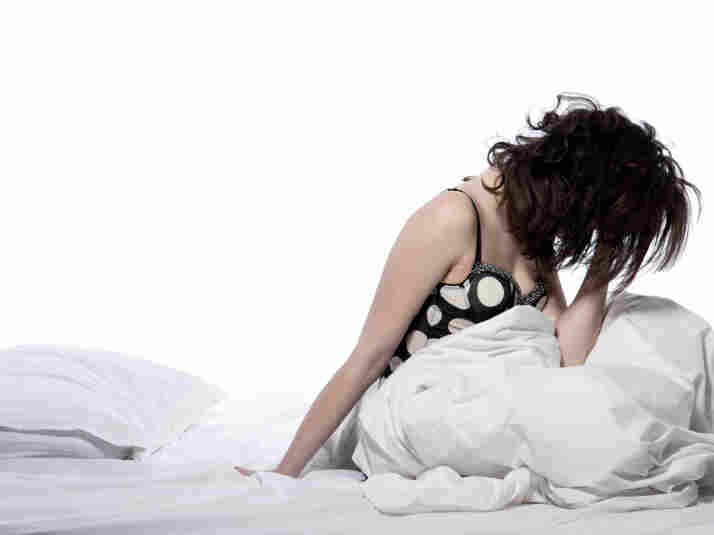 Many Americans aren't getting the recommended seven to nine hours per night. Franck Camhi/iStockphoto.com hide caption 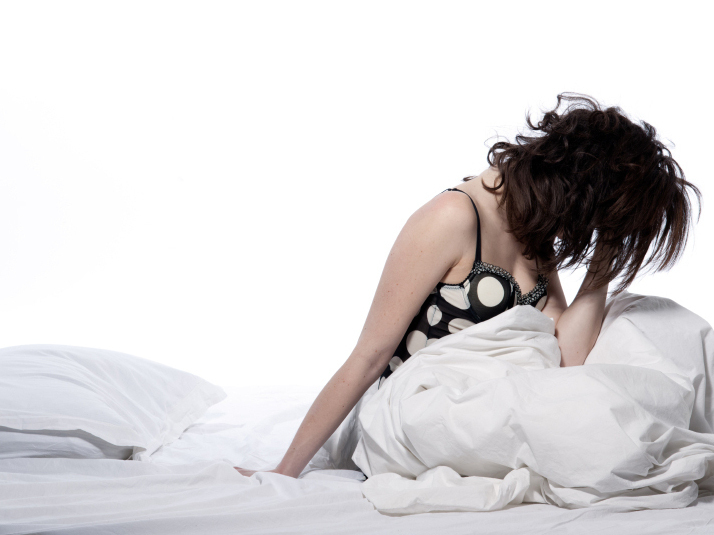 Many Americans aren't getting the recommended seven to nine hours per night.

Is that 6 a.m. workout getting in the way of good sleep? Don't think your fat cells won't notice.

A new study published in the Annals of Internal Medicine finds that inadequate shut-eye has a harmful response on fat cells, reducing their ability to respond to insulin by about 30 percent. Over the long-term, this decreased response could set the stage for Type 2 diabetes, fatty liver disease and weight gain.

The study adds to a growing body of evidence that there's "an intimate relationship between the amount of sleep we get and our ability to maintain a good, healthy body weight," says sleep expert Helene Emsellem, director of the Center for Sleep and Wake Disorders in Chevy Chase, Md.

But Americans don't seem to be getting the message that we need seven to nine hours per night. More than 1 in 5 of us, according to a report from the Centers for Disease Control and Prevention, is getting six or fewer hours of sleep per night, on average.

So how did researchers study fat cells in the Annals paper? Matthew Brady of the University of Chicago and a group of colleagues recruited seven volunteers — all young, lean and healthy — who agreed to sleep for eight nights in a sleep lab.

"For four nights they were allowed to stay in bed for 8.5 hours a night," says Brady. Then, a month later, they came back for four additional nights — but this time they were allowed just 4.5 hours of sleep per night. And after each visit, researchers got a sample of their fat.

Brady explains that the fat cells responded significantly to the loss of sleep. "I was very surprised to be honest," he says.

Bad things can happen when fat cells become less responsive to insulin. "Fat cells are actually your friend," he says. "They're there to store lipids."

When lipids stay inside the cells, your body can utilize the fat when you're exercising or sleeping or going about your day. "However when fat cells start to become insulin resistant, the lipids start to leach out of the fat cells and rise in the circulation," Brady says.

Once fat starts to accumulate in other tissues in the body such as in the liver, it can lead to fatty liver disease or it can interfere with the body's ability to clear glucose (sugar) from the blood into the muscle. This is what sets the stage for the metabolic problems.

The fat cells of the healthy young volunteers likely rebounded after returning to their normal sleep patterns. But over a lifetime, this new body of evidence challenges the assumption that we can control our weight solely by watching how much food we take in.

"What the message is in this article is that your body may decide to store more of the food [you eat] as fat if you haven't gotten enough sleep," Emsellem says.

If you short yourself just a half-hour a night, the sleep deficit can really accumulate. "Even tiny changes will have dramatic effects" on our bodies, says Francesco Cappuccio of the University of Warwick in the U.K.