Accessibility links
Loss Of Balance Is Leading Cause Of Elderly Falls : Shots - Health News Researchers say falls often happen when the elderly are not using a walker or wheelchair. Though 75 percent of patients in a recent study used one to get around, only 20 percent were using one when they fell. 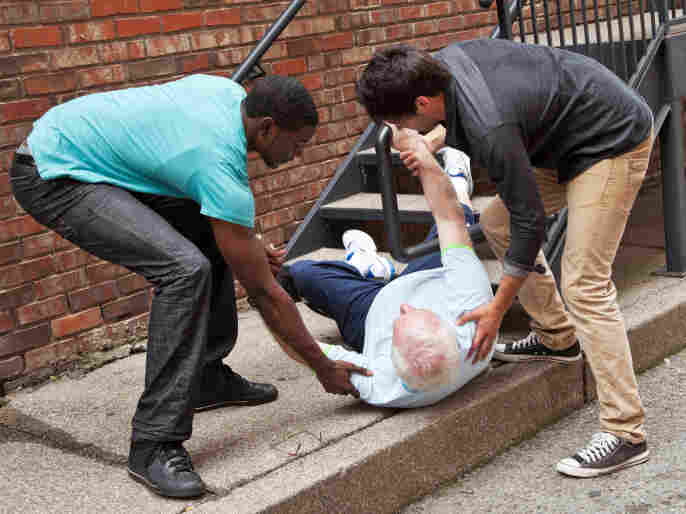 A recent study of people in a nursing home found that only 20 percent of falls occurred while the patient was using a walker or wheelchair. iStockphoto.com hide caption 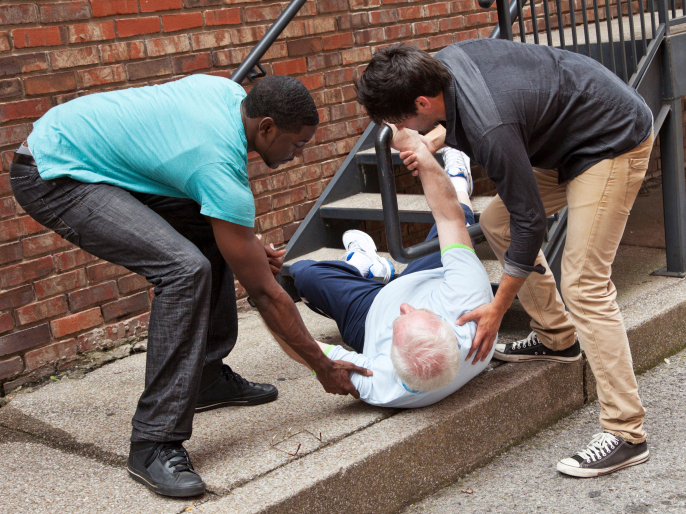 A recent study of people in a nursing home found that only 20 percent of falls occurred while the patient was using a walker or wheelchair.

Accidental falls are one of the leading causes of injury death in people over 65 worldwide, but for a long time researchers have struggled to understand just how they happen.

What they do know is that many older patients have cognitive impairment, and even the most conscientious medical staff can have trouble remembering details of a fall. So a group of researchers in British Columbia decided to use a round-the-clock video in a long-term care facility to observe accidental falls right as they happen.

Their study, published in the The Lancet, found that most of the 227 falls caught on video happened because the patients lost their balance, not because they slipped or tripped.

But what causes this momentary loss of balance?

One simple explanation could be the lack of walkers or wheelchairs, says Stephen Robinovitch, professor of biomedical physiology and kinesiology at Simon Fraser University and lead author on the study. Though 75 percent of patients reported using a walker or a wheelchair to get around, only 20 percent were using one when they fell, he says.

"That indicates that people are neglecting to use their device, but also many times those falls are occurring in those transition periods ... when someone is going from the walker to sitting down in the dining room or getting up," Robinovitch says. "So these are very important danger periods that need to somehow be addressed."

But convincing patients to actually use their walkers won't solve the problem entirely. Robinovitch says that many other factors can make elderly folks lose their balance.

"They span physiological reasons that may relate to muscle weakness or impaired vision or ... different types of medications," Robinovitch says. "[And] often these factors are coexisting, so it's difficult to really understand what might be [the dominant cause]."

Robinovitch and his team are also working on solutions to help make the effects of a fall, like serious head injuries and wrist fractures, less severe.

His next project involves the installation of a one-inch thick rubber flooring material in nursing homes, which he says can reduce the impact force of falls by 35 percent.

And though trips weren't the leading cause of falls among the elderly (they came in at number 2), Robinovitch says there are a few ways to prevent them, too. "Twenty-five percent of [trips] occurred on the legs of chairs and tables. So why don't these items have a central flaring support where there aren't so many obstacles that are tripping hazards?," he says.

Most importantly though, Robinovitch says that this study creates awareness of the importance of elderly fall prevention. "There's some important lessons for how care providers should go about assessing risks for falls, and what are the activities that you should be watching for," he says.