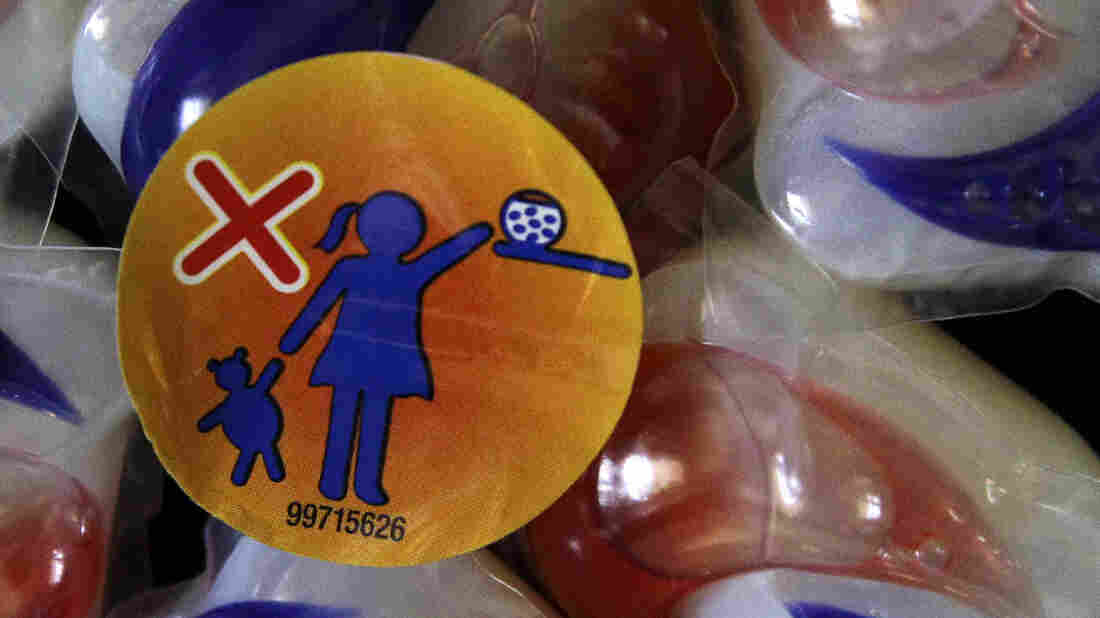 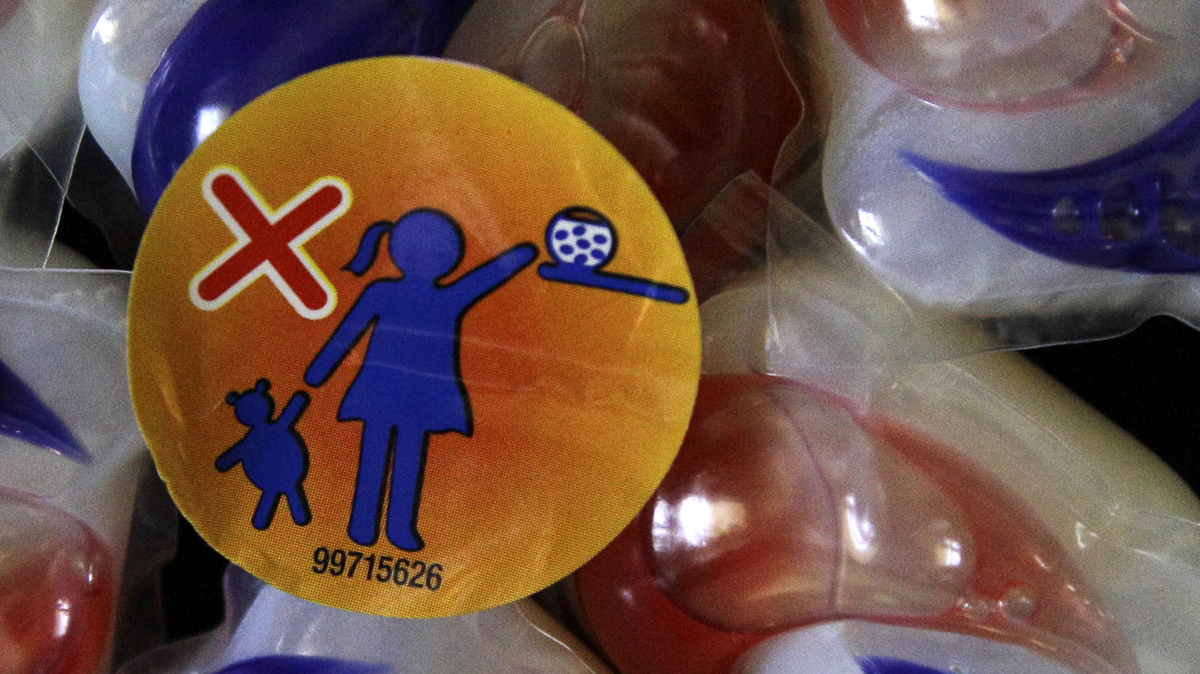 There's now a deeper look at young kids who got sick after eating or otherwise messing around with those laundry detergent pods that look a lot like candy.

Doctors from two poison control centers and the Centers of Disease Control and Prevention have analyzed more than a thousand incidents involving people exposed to the pods and other kinds of laundry detergent.

The vast majority of the reports, which were collected by poison control centers around the country in May and June, involved kids 5 and under. All told, 864 kids that age were exposed to the detergents, mostly by eating them.

What happened then? Well, it depended a lot on the type of detergent.

The findings appear in the latest Morbidity and Mortality Weekly Report from the CDC.

The results jibe with earlier findings, which led to closer tracking.

In early May, Dr. Michael Beuhler, medical director of the Carolinas Poison Center in Charlotte, N.C., told Shots that some kids who consumed the pods were falling ill very quickly. The cases involving children becoming tired and lethargic were particularly worrisome. Some of them, he said, developed so much trouble breathing they needed help from a ventilator.

Buehler contributed to the MMWR report.

How the pods are hurting kids isn't known, the MMWR report says:

It remains unclear whether the significant adverse health effects observed with laundry detergent pod exposures relate to unique ingredients, differences in pH or other chemical properties (e.g., concentration), or the delivery mechanism.

Some kinds of reports for pods were less frequent. The analysis found that kids exposed to other forms of laundry detergent, such as powders and tablets, appeared more likely to have coughing, choking and irritated eyes than those exposed to the pods. More incidents with non-pod detergent didn't involve any health problems.

The reports to poison centers didn't come from a planned study and were made voluntarily. People might be more likely to report problems with pods because they're newer, having only been on the U.S. market since 2010. These limitations and others complicate direct comparisons.

Nevertheless, the MMWR analysis notes that exposure to laundry detergent pods is "an emerging public health hazard" in the U.S.