Accessibility links
Geneticists Breach Ethical Taboo By Changing Genes Across Generations : Shots - Health News Scientists have made changes in human DNA that can be passed down from one generation to the next. The researchers say they took the step to try to prevent women from giving birth to babies with genetic diseases. But the research is raising a host of social and moral questions. 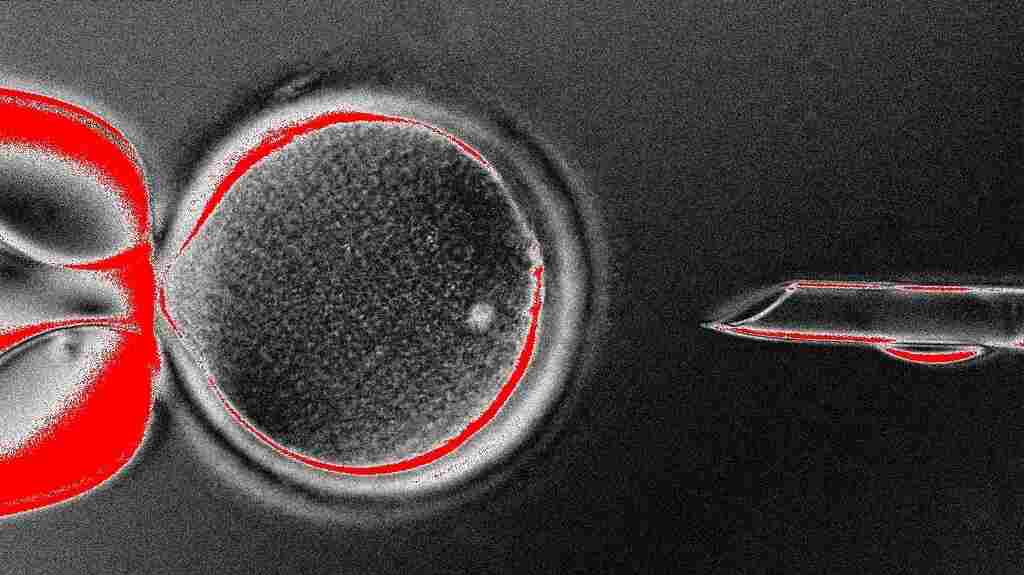 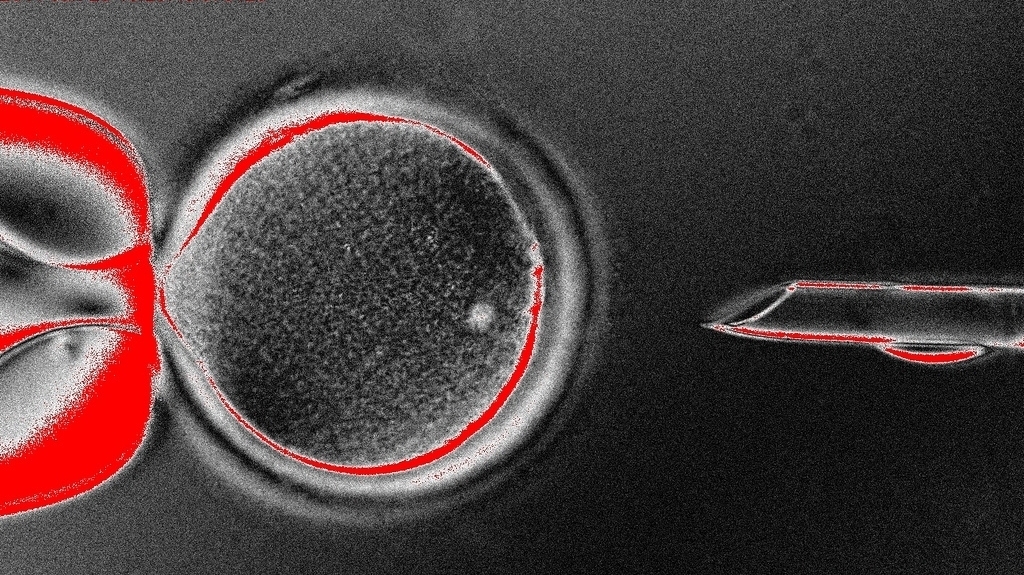 An image of researchers at Oregon Health & Science University removing the nucleus from the mother's cell before it's inserted into the donor's egg cell.

Geneticist reported Wednesday that they had crossed a threshold long considered off-limits: They have made changes in human DNA that can be passed down from one generation to the next.

The researchers at Oregon Health & Science University in Portland say they took the step to try to prevent women from giving birth to babies with genetic diseases. But the research is raising a host of ethical, social and moral questions.

"That kind of genetic engineering has been ruled off-limits," says Marcy Darnovsky of the Center for Genetics and Society. "And it's a very bright line that has been observed by scientists around the world."

There have been lots of reasons for that line. One big one is purely practical, says Dartmouth bioethicist Ronald Green.

"If we make mistakes, we'll effectively be introducing a new genetic disease into the human population — for generation after generation," Green says.

But beyond the risks, Green says taking that step has long raised more far-reaching fears. It's the kind of technology that could be used to try to create genetically superior humans.

"It could easily move into the realm of gene enhancement," Green says. "Higher IQ. Improved physical appearance. Athletic ability. That's a worry to some people — to many people."

But in this week's issue of the scientific journal Nature, Shoukhrat Mitalipov of Oregon Health & Science University and colleagues report that they have crossed that line. They have figured out a way to change the DNA in a human egg.

Mitalipov says his team is trying to prevent some rare but horrible disorders: genetic conditions caused by defects in a certain kind of DNA known as mitochondrial DNA, which only mothers pass down to their kids.

"They are caused by mutations in this mitochondrial DNA, which is pretty small — only encodes 37 genes," Mitalipov says.

So Mitalipov's team figured out a way to pluck these little packets of defective mitochondrial DNA out of eggs and replace them with healthy genes from eggs donated by other women. They fertilized the transplanted eggs in the laboratory and showed they could create healthy embryos.

"What we showed is that the faulty genes, which are usually passed through the woman's egg, can be safely replaced. And that way, the egg still retains its capacity to be fertilized by sperm and develop," he says.

The researchers haven't taken the next step yet: They haven't tried to make babies out of these modified embryos. But they have made baby monkeys this way, increasing their confidence it would work.

And some other doctors hope so, too. Mary Herbert of Newcastle University is part of a team that has prompted a national debate in England by doing similar research. She also hopes to help women who have gone through the trauma of giving birth to a baby with one of these genetic conditions.

"In severe cases, the child will die in the first days of life, or they might live, you know, a few years and then die," Herbert says. "It's like a game of Russian roulette."

But the work raises a long list of questions. One is about the morality of creating embryos in the laboratory for research and destroying them, which some consider immoral. Another is about the safety of the women donating the eggs. And, of course, it's far from clear that the resulting babies will be healthy.

"So yes, we're going to have to, perhaps, get used to the fact that people can have three genetic parents in the future," Dartmouth bioethicist Green says.

But beyond that, the move raises those early fears about manipulating DNA to create a brave new world of genetic haves and have-nots, according to Darnovsky.

"Socially, what this would mean is we would be moving toward a world in which some people — and it would be people who could afford these procedures — would have either real or perceived genetic advantage," she says.

Despite the concerns, Mitalipov and Herbert say the real benefits of preventing genetic diseases outweigh such hypothetical risks. Herbert is awaiting a decision by the British government on whether she can proceed to the next step in her research. Mitalipov has already asked the Food and Drug Administration if he can try to make a healthy baby by genetically altering human eggs.