Accessibility links
Fewer Americans Need Vitamin D Supplements Under New Guidelines : Shots - Health News How much vitamin D is enough vitamin D? And when should you add supplements to the diet? Doctors still disagree on the specifics, but some studies suggest that more isn't always better. 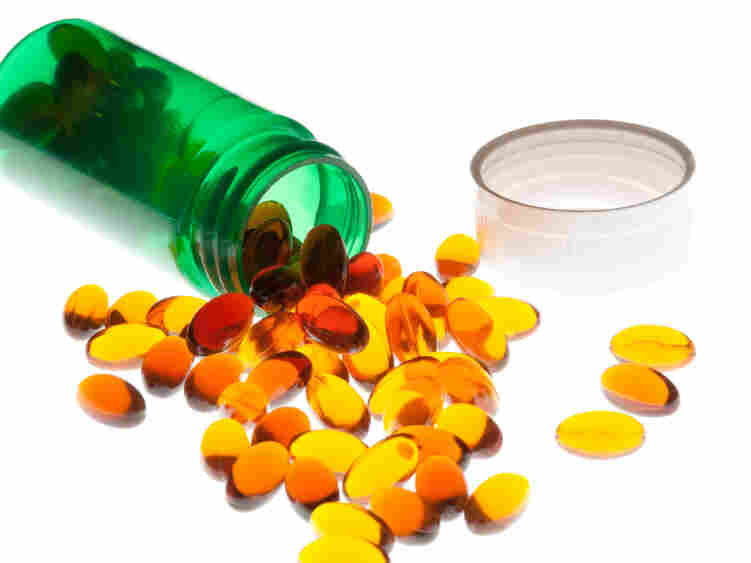 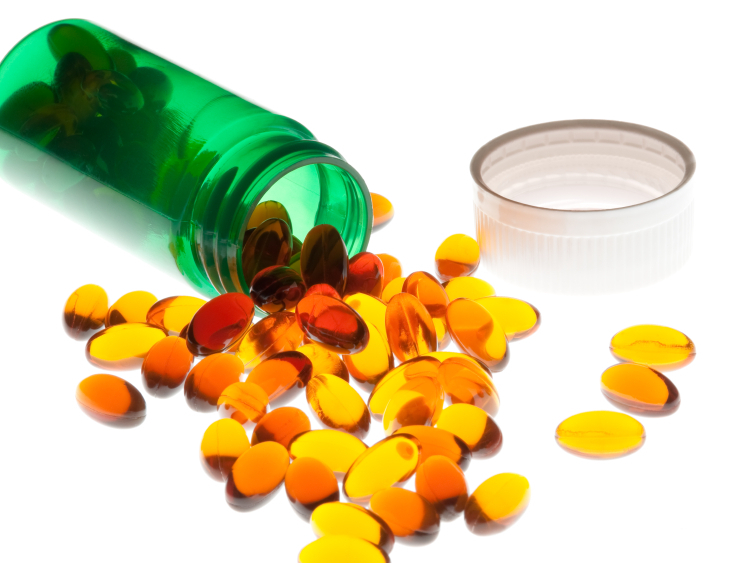 Researchers largely agree that about half of Americans are probably not getting enough vitamin D from the places we've traditionally gotten it: food and sunlight. And that's a problem because vitamin D keeps calcium from leaking out of our bones; too little vitamin D can also be a factor in kidney disease and skeletal problems.

Public health institutions have debated how much is enough, and when to add supplements to the diet. Two years ago, the IOM reported that having about 20 nanograms per milliliter (ng/mL) of vitamin D in your bloodstream was sufficient (about 600 units per day). Meanwhile hormone specialists at the Endocrine Society have told consumers to stick with the old cut off: 30 ng/mL. Doctors aren't sure whose rules to follow.

A new study supports the IOM guidelines for a lower minimum vitamin D requirement vitamin D supplements. The study, led by Holly Kramer, a nephrologist at Loyola University Medical Center, found that mortality rates don't change much whether you have levels of 20 ng/ML or 40 ng/ML in your bloodstream on a daily basis.

Kramer's findings, out this week in PLoS ONE, also suggest that supplements may not necessary for the 80 million Americans who meet that 20 ng/mL level, and taking a bigger pill could be overkill. (Check with your doctor to see if you qualify.)

"There are a huge number of people who lie in that border zone," says Kramer.

Kramer and her colleagues came up with the conclusion after examining 18 years of vitamin D level data from 14,002 people who didn't have kidney disease and 1,097 people who did, using the National Health and Nutrition Examination Survey, or NHANES. Then they checked it against mortality statistics from the same years: 1988 to 2006. They also factored in age, gender, race, smoking status, medications that could influence vitamin D levels, and the individual's history of cancer, heart disease, or stroke.

Based on measured vitamin D blood levels, the researchers put people in six groups ranging from less than 12 ng/mL or less to more than 40 ng/mL. Then they crunched the numbers on mortality rates. Surprisingly, mortality rates didn't change significantly for people with vitamin D levels between 20 to 40 ng/mL.

"We know that being very, very deficient is bad, but I think the body can make up for low vitamin D levels up to a point," says Michal Melamed, a nephrologist and associate professor at Albert Einstein College of Medicine in New York. That point seems to be around 20 ng/mL.

So is more vitamin D really better? Probably not. Supplements have also been linked to a higher risk for kidney stones and prostate and pancreatic cancers.

"The enthusiasm for vitamin D is outpacing the evidence," says JoAnn Manson, an endocrinologist at Brigham and Women's Hospital in Boston who heads the Vital Study, a clinical trial of 20,000 people looking at whether high levels of vitamin D can prevent cancer, cardiovascular diseases, and other illnesses.

"Potentially, it's sort of like Goldilocks," says Melamed. "Not to little, not too much, just right."