Accessibility links
Malaria Drug Subsidies: Good Idea Or Wrong Path? : Shots - Health News A test of subsidies in Africa for the most effective malaria drug treatment is drawing fire. Supporters say the subsidies helped improve access and drive out less effective drugs. But critics say the approach is risky and a distraction from other efforts to fight the disease. 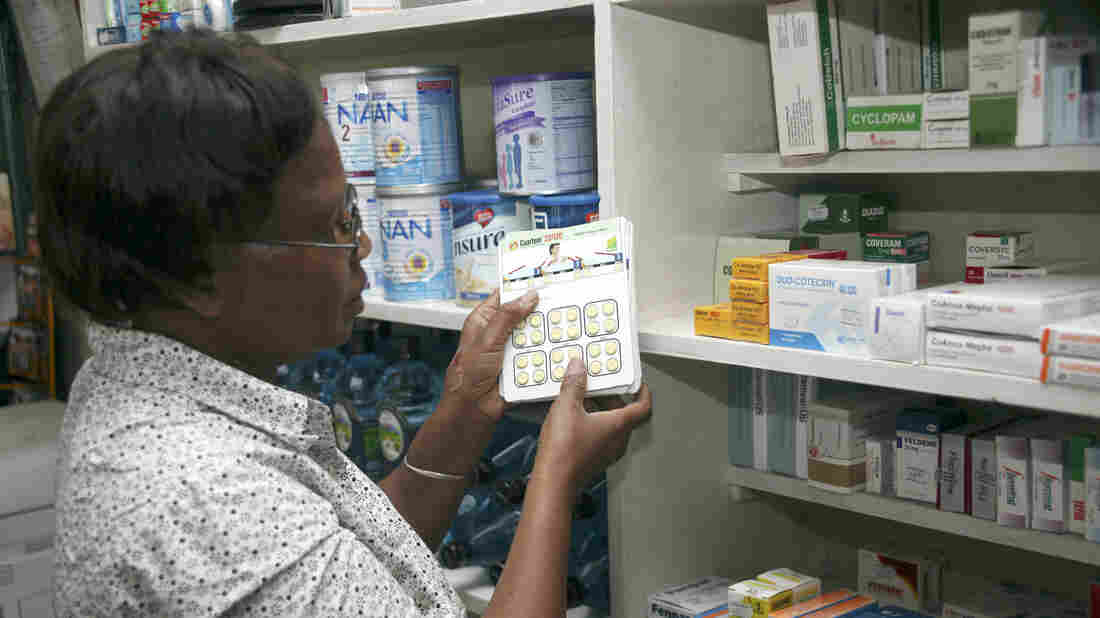 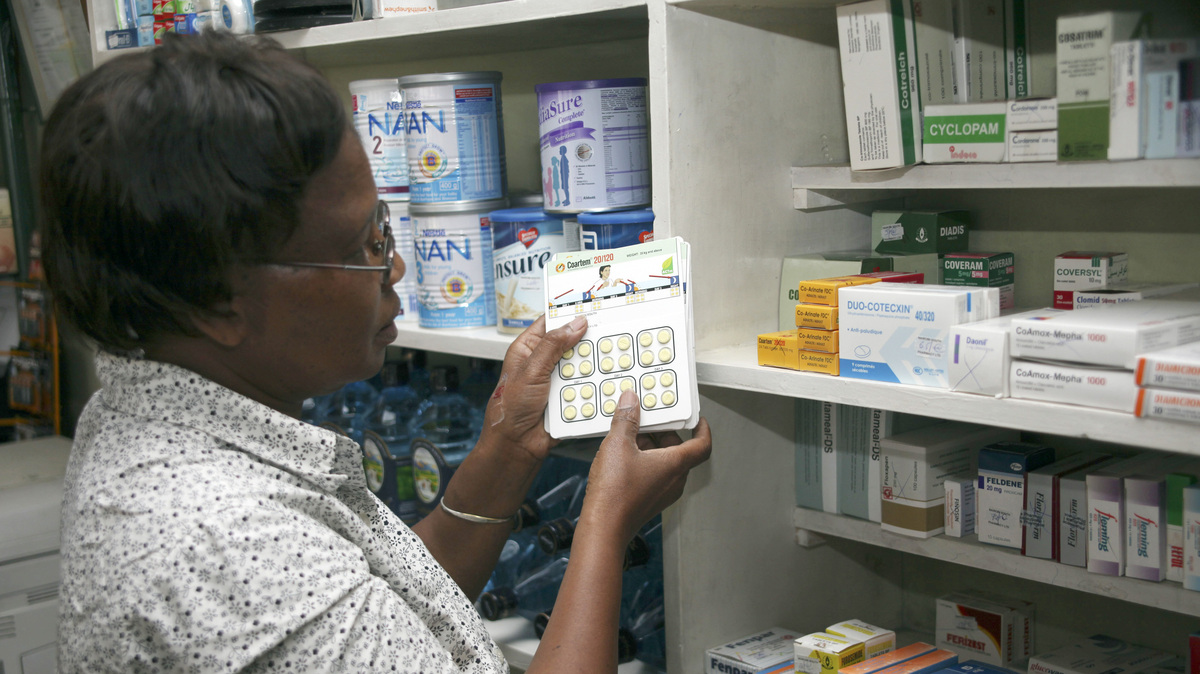 A month ago we wrote about results from an experiment in getting the most effective malaria drugs to more people who need them in Africa.

The idea was to subsidize the cost of drugs, sometimes to a price point below their wholesale cost, and make them more widely available.

Now the findings, presented publicly at a meeting in Washington, have been published in The Lancet.

In most of the countries where the subsidies were tried, the share of the market for artemisinin-combination therapies, or ACTs, went up a lot. In Zanzibar (part of Tanzania) and Nigeria, the ACT drugs helped drive down sales of one-drug treatments. Those so-called monotherapies, which are cheaper, are a problem because they can spur drug-resistant malaria.

The Affordable Medicines Facility-malaria program, or AMFm, brought more than 100 million doses of malaria drugs to clinics and pharmacies in 2011.

"The programme has been highly controversial," the authors of the study acknowledge. A big worry: Middlemen would pocket the subsidies and consumers, especially the poorest ones, wouldn't benefit.

Others say the program, a pilot test of the concept, hasn't been able to show it saves lives or made a dent in resistance. The aid group Oxfam blasted the approach, saying it's risky and a distraction:

Oxfam recommends that the board of the Global Fund pull the plug on it next month.

But supporters of the idea, writing an accompanying editorial in The Lancet, disagree, saying a board vote against the program would be a mistake:

Most importantly, it will kill a programme that, when fully implemented, rapidly met its benchmarks despite the many constraints, expectations and unrealistic timelines imposed on it. We must acknowledge that an efficient approach to subsidising antimalarial drugs has worked, making them available in the private sector where people go to buy them.