Accessibility links
Romney's Baffling Claim About Medicare Pay Cuts For Doctors : Shots - Health News The Obama administration's health law envisions reductions in some Medicare spending. And some of the money saved on Medicare will help pay for other parts of the law. But those changes are unconnected with doctors in some areas not being willing to accept Medicare patients. 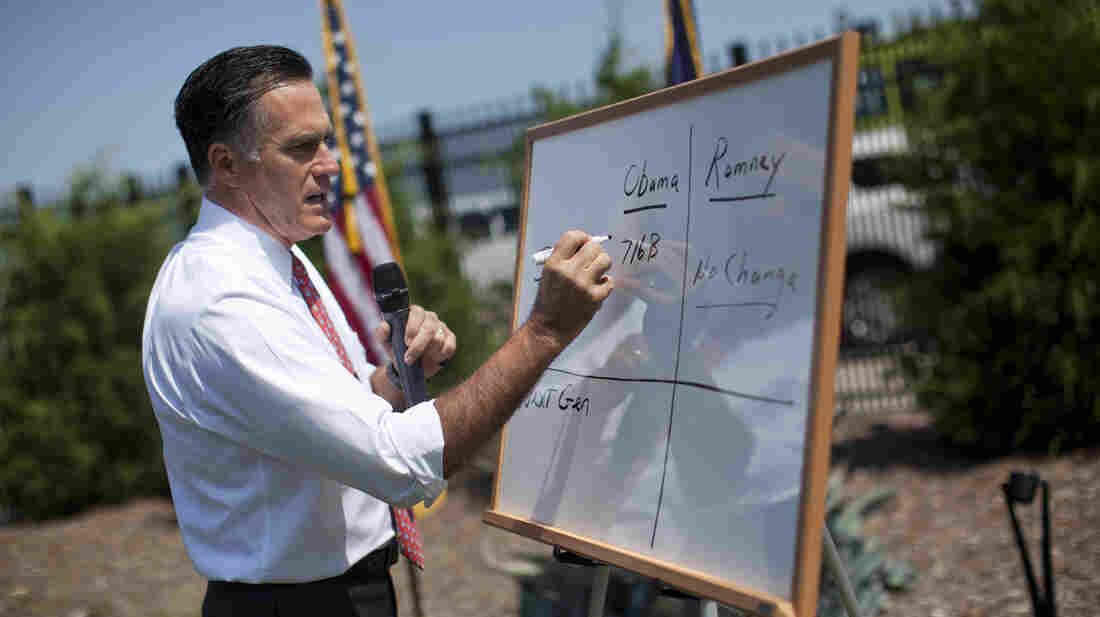 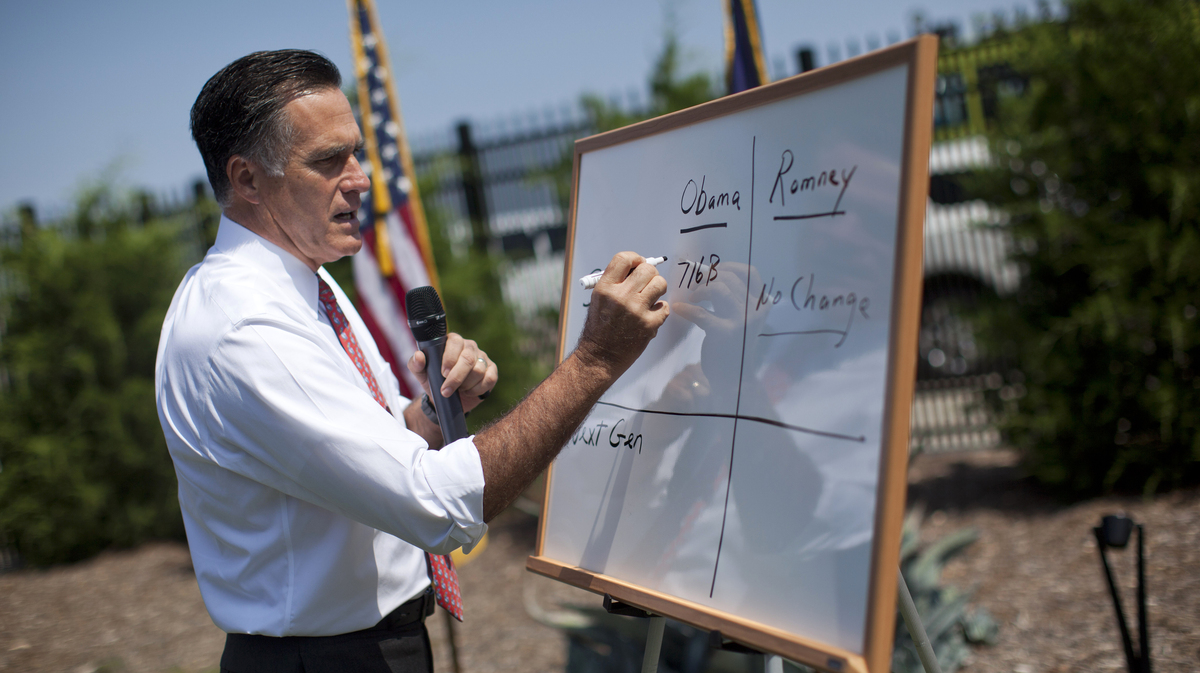 Republican presidential candidate Mitt Romney makes his case about Medicare during a briefing in South Carolina in August.

Health care in general — and Medicare, in particular — have been big parts of this year's presidential campaign.

But over the last couple of weeks, Republican Mitt Romney has been making a new claim that doesn't quite clear the accuracy bar.

It has to do with $716 billion in Medicare reductions over 10 years included in the federal health law, the Affordable Care Act. And it's become a standard part of Romney's stump speech.

Here's how he put it last week in his big economic speech in Ames, Iowa:

It matters to the senior who needs to get an appointment with a medical specialist, but is told by one receptionist after another that the doctor isn't taking any new Medicare patients; because Medicare has been slashed to pay for Obamacare.

"Not true," says Harold Pollack, a professor of public health policy at the University of Chicago. "I'm honestly rather baffled at the arguments that Governor Romney is making."

Now it is true that the law envisions reductions in Medicare. And some of that money will help pay for the rest of the law. And there are problems in some places with doctors not being willing to accept Medicare patients. But those two things aren't actually connected.

The problem with Medicare pay for doctors actually predates passage of the health law by more than a decade — it's a preexisting condition, if you will, Pollack says. "And every year, Congress has to go through the song and dance with something called the doctor fix to prevent Medicare fees from a fairly catastrophic reduction. That has nothing to do with the Affordable Care Act. Health reform does not cut physician fees."

In fact, the nation's doctors were furious when the health law passed in 2010 that it didn't fix the doctor fee problem. It turned out that would have been too expensive. That's why Congress is still grappling with the problem today.

The law did, however, take a few steps to boost some payments for some doctors, says Pollack, including "improving reimbursement for primary care providers" in both Medicare as well as the Medicaid program, where the shortage of doctors has been even more acute.

So how does Gov. Romney back his claim?

A campaign email pointed to a 2010 survey of doctors by the Physicians Foundation, in which 30 percent said the law would prompt them to close their practices to new Medicare patients. But the survey had a response rate of only 2.4%, and more than two-thirds of those who responded started out with a self-described negative view of the law.