Accessibility links
The Beatles' Surprising Contribution To Brain Science : Shots - Health News When we listen to a new musical phrase, it is the parts of the brain that control muscle movement, not areas involved in hearing, that help us remember what we've heard. Keeping the notes in order is a little like getting your muscles to move at the right time. 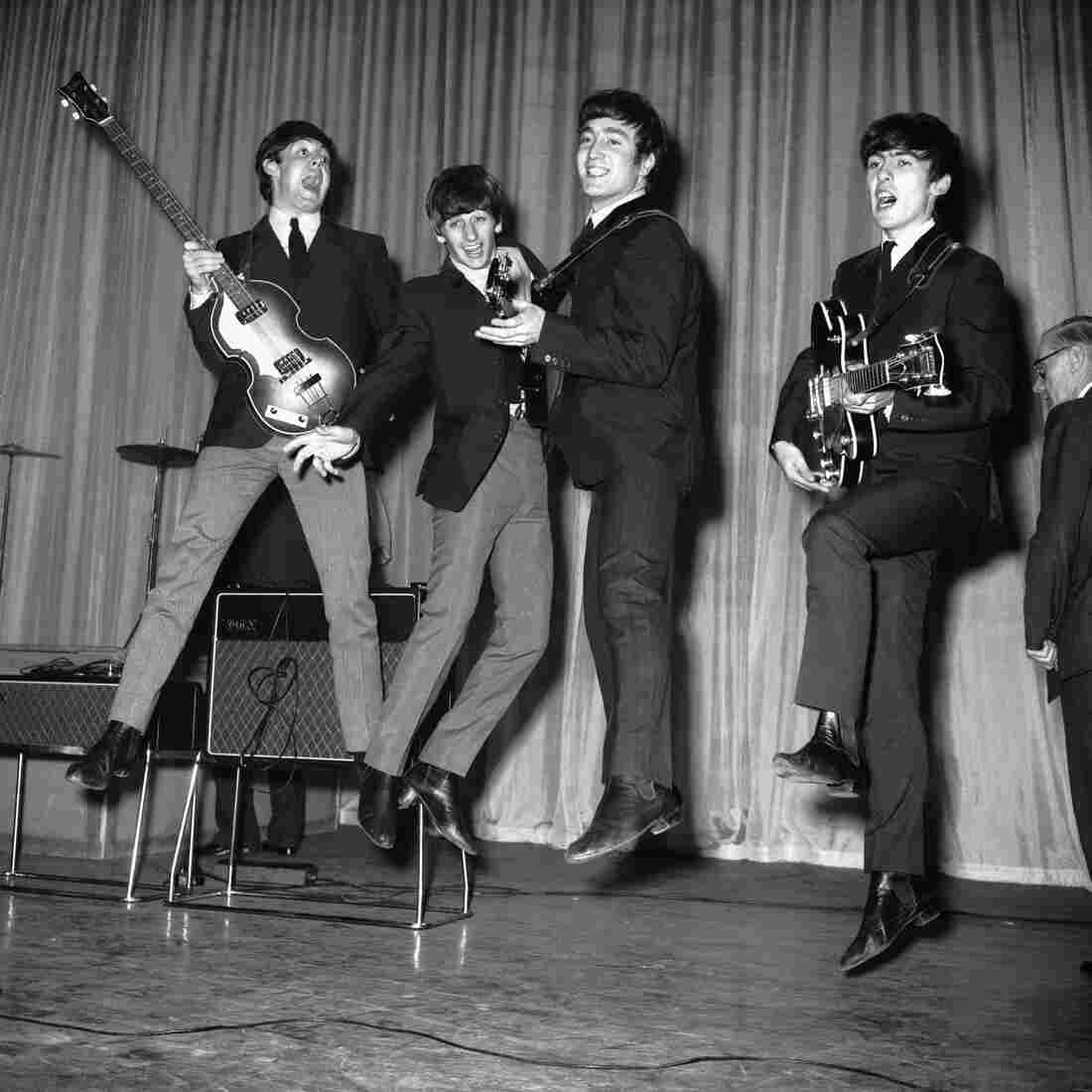 The Beatles rehearse for that night's Royal Variety Performance at the Prince of Wales Theatre in 1963. Central/Hulton Achive/Getty Images hide caption 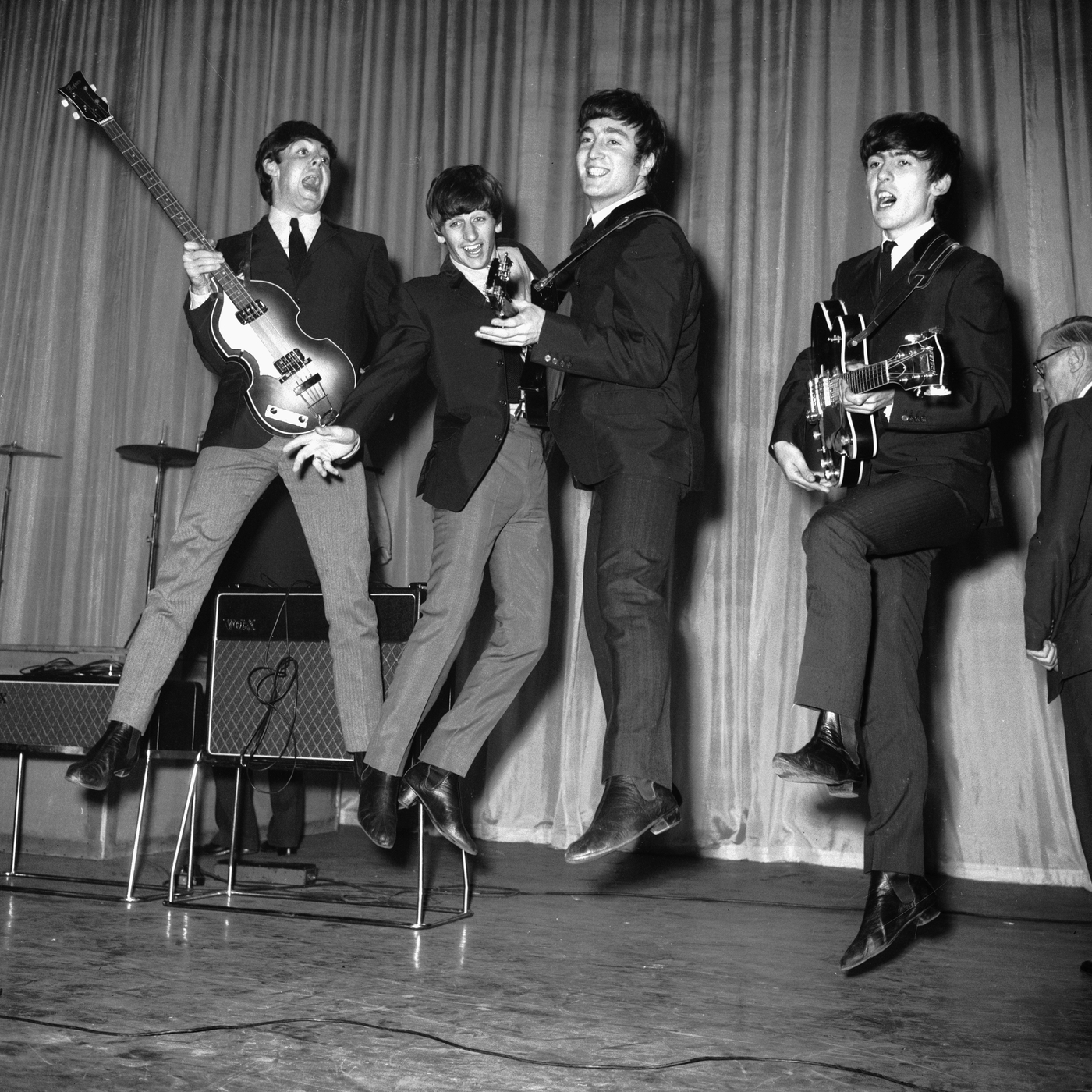 The Beatles rehearse for that night's Royal Variety Performance at the Prince of Wales Theatre in 1963.

When we listen to a new musical phrase, it is the brain's motor system — not areas involved in hearing — that helps us remember what we've heard, researchers reported at the Society for Neuroscience meeting in New Orleans last month.

The finding suggests that the brain has a highly specialized system for storing sequences of information, whether those sequences contain musical notes, words or even events.

But the discovery might never have happened without The Beatles, says Josef Rauschecker of Georgetown University. As a teenager in Europe, Rauschecker says, he was obsessed with the group.

"They were kind of the hot band at the time and I would listen to music while I was studying," he says. "My mother would say, 'Don't do that, you can't concentrate.' "

But Rauschecker ignored her. He says The White Album, Revolver and Rubber Soul seemed to become a part of his teenage brain, and the memory of which songs came in which order never faded.

"Years later I would put on one of these old LPs and then you know at the end of one track you immediately start singing the next one," he says, "as if it was all stored in your brain as a continuous sort of story."

That intrigued Rauschecker, who by this time was a brain scientist at Georgetown. He kept wondering which part of his brain knew the order of all those sequences of Beatles songs.

"The funny thing is that if you ask me now what comes after 'Michelle' or whatever I wouldn't know," he says. "It's not explicit knowledge. But if you hear it, then you can immediately continue singing it."

So a couple of years ago Rauschecker's lab did an experiment. It had volunteers bring in a favorite CD and lie in a brain scanner. Then the scientists watched what happened as the volunteers listened.

"You would think the brain part that is relevant for hearing would be the one that is mostly activated," he says. "But no, it was the motor areas. So that was quite surprising and puzzling."

So why had the part of the brain that works muscles been hijacked to remember music?

To find out, Rauschecker and a graduate student named Brannon Green did another experiment to see precisely what was happening as the brain learned a new musical sequence. This time, they put volunteers in a scanner and had them listen to atonal music generated by a computer.

At first the volunteers heard a single musical phrase made up of several notes, Green says. Then they heard that phrase again, followed by a new phrase.

"As you progressed to a familiar sequence, those areas became less and less important," Green says.

All this suggests that areas involved in hearing can remember small chunks of notes, but it takes the motor system to put these chunks in the right order, Rauschecker says. And he says it makes sense that the motor system would be responsible for this sequencing function.

"Because that's what the motor system has to do when you do a dance sequence or you ski down the slope," he says. "You have to program your muscles to work in particular sequence, especially when you learn something."

Rauschecker has also found evidence that the motor system can step in to help retrieve a chunk of forgotten musical notes.

"When as a musician you get stuck in playing a piece on the piano you don't just continue," he says. "Usually you go back to a certain point and start over again because the sequence has to be somehow played out."

And that's possible with a little help from the brain system that moves our muscles.