Accessibility links
Obamacare Is Here To Stay, But In What Form? : Shots - Health News With President Obama's re-election, states that had postponed creating health insurance exchanges required by the sweeping federal health law will now have to scramble to set them up. These marketplaces are supposed to make it easier for people to shop for health coverage. 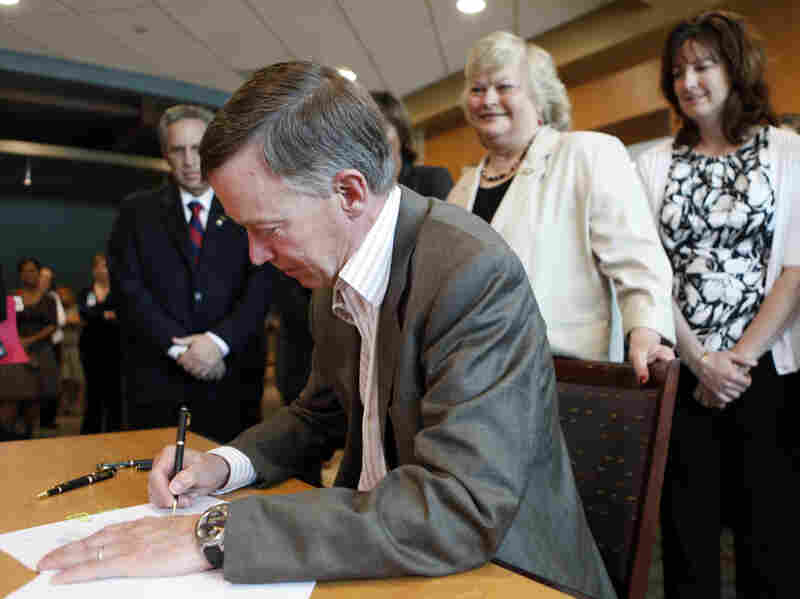 Colorado Gov. John Hickenlooper signs a bill in June 2011 to pave the way for a health insurance exchange in the state. Ed Andrieski/AP hide caption 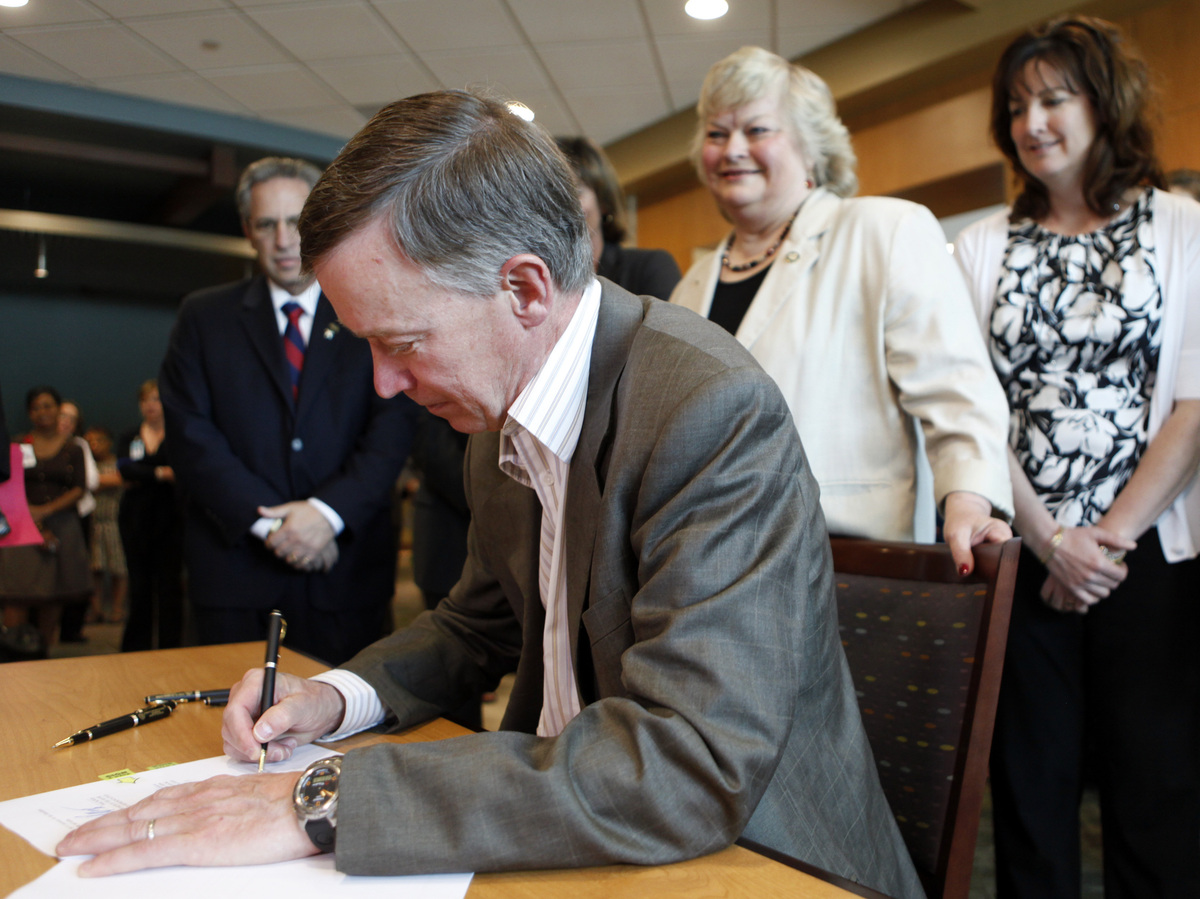 Colorado Gov. John Hickenlooper signs a bill in June 2011 to pave the way for a health insurance exchange in the state.

President Obama's re-election and the retention of a Democratic majority in the Senate means the likelihood of a repeal of the Affordable Care Act has receded.

"The law is here and we should at this point expect it to still be here Jan. 1, 2014," says Alan Weil, executive director of the nonpartisan National Academy for State Health Policy.

Jan. 1, 2014, is the date the major parts of the law, like the new insurance policies available to individuals and small businesses, are supposed to become available.

"The question is," says Weil, "what does implementation look like?"

There's not a lot of time left to get ready. Many states and some key parts of the health care industry delayed gearing up much of this past year. They assumed either the Supreme Court would rule the law unconstitutional — which it didn't — or that Mitt Romney and a Republican Congress would be elected and make the law go away. That didn't happen, either.

Now one of the law's big implementation deadlines for states is bearing down fast.

"When it comes to insurance exchanges, states have nine more days to decide whether they want to run their own or let the federal government do it for them," says Weil.

Insurance exchanges are where people will go to shop for insurance coverage. They are also where people will get help paying for that coverage if they qualify for subsidies from the federal government. So far, according to Weil, only 13 states and Washington, D.C., have said they plan to set up their own exchanges. If states decide not to set up their own exchanges, the federal government will step in and do it instead. But federal officials still haven't spelled out exactly how that will work.

Meanwhile, opponents of the law say the measure is still not out of the legal woods yet. The problem goes back to those subsidies that will help people afford coverage starting in 2014.

That's because, he contends, the law only makes those subsidies available through exchanges set up by states — and not by those run by the federal government. That's also the contention of a lawsuit filed by the state of Oklahoma.

But other experts say not so fast.

"The law is not beautifully crafted, but there are enough cross-references within the statute to make it clear that the subsidies are meant to be available to everyone based on their income," Weil says.

"I don't think who runs the administrative apparatus is relevant. I actually think the statute is quite clear in that regard," he says — meaning the subsidies should be available whether the insurance exchanges are run by states or by the federal government.

The insurance exchanges are not the only big question mark facing the law, Cannon says.

That led several Republican governors to vow that they would not add millions of new low-income adults to their Medicaid programs — even though the federal government will pay most of the bill. But now public hospitals and others who serve those currently uninsured people are agitating to bring that federal money in. So those governors may find themselves under increasing pressure at home.