Accessibility links
Pakistan Reaches A Milestone In Ending Polio : Shots - Health News Pakistan is close to eradicating one of the last two remaining types of polio left in the country, researchers announced on Monday. They haven't seen a case of this type in nearly seven months. Health workers are cautiously optimistic that their extra vaccination efforts are starting to pay off. 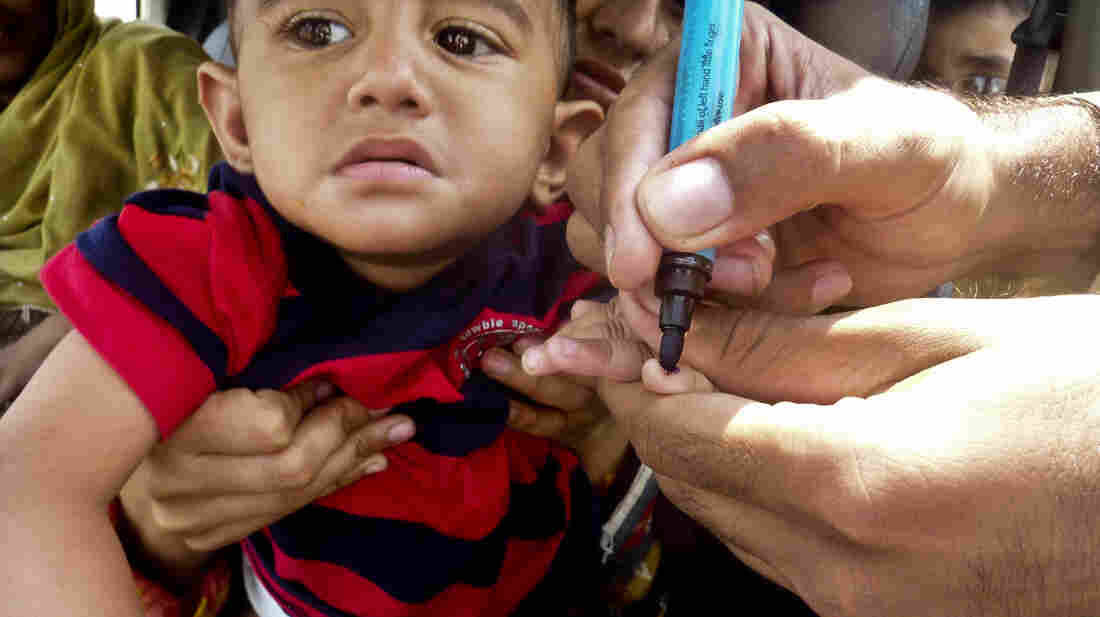 A health worker in Pakistan marks a child's finger with ink after giving him the polio vaccine. Jackie Northam/NPR hide caption 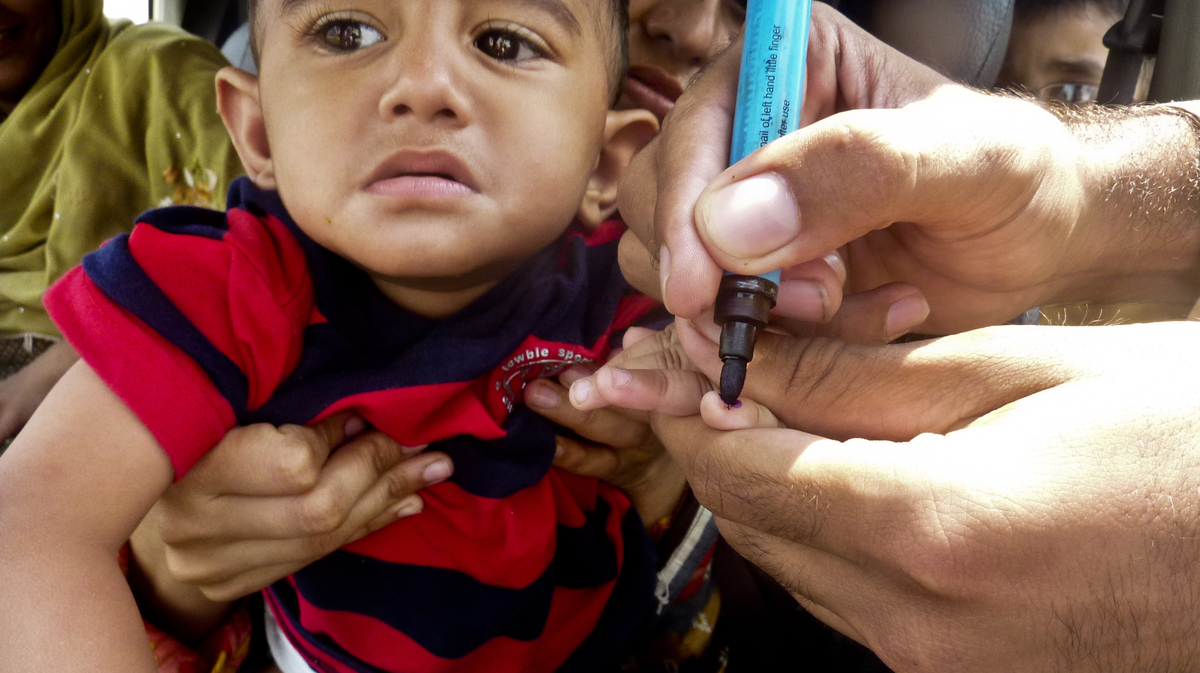 A health worker in Pakistan marks a child's finger with ink after giving him the polio vaccine.

There's some fresh progress in the battle against polio in one of the three countries where it remains endemic.

Pakistan is showing signs of eliminating one type of the virus, the U.S.Centers for Disease Control and Prevention announced Tuesday at a meeting about tropical diseases. The country hasn't reported a case for the type in nearly seven months, and there's genetic evidence that viral transmission, in general, has slowed down.

"I don't want to exaggerate the finding, but it's a milestone," Dr. Steven Wassilak from the CDC tells Shots. Especially, he says, because the gap in cases has occurred during polio's high season, when infections are most common.

Poliovirus comes in three varieties, or serotypes: WPV1, WPV2 and WPV3. Pakistan eradicated WPV2 back in 1999. There has been an interruption in WPV3 cases, and WPV1 infections are at an all-time low.

Wassilak says this is the pattern they usually see as polio disappears from a country: WPV2 leaves first, followed by WPV3, and then slowly over time, WPV1 subsides. "That's the way the virus works," he says.

The CDC and other health workers in Pakistan are still analyzing samples to be certain they haven't missed a WPV3 case, Wassilak says. "You never know what you don't know," he says. Still, he is "cautiously optimistic," he says, especially because Pakistan didn't report any cases of this type during the winter last year.

Pakistan is one of the last three countries in the world where polio is still endemic. The government launched an aggressive campaign this year, in partnership with the CDC and other international health organizations, to vaccinate children and carefully monitor the virus's transmission.

The number of new polio cases has dropped by about a third, but Pakistan has also had some major setbacks and challenges. An outbreak of WPV3 cropped up this summer, and many kids still missed vaccination drives because health workers had a tough time reaching them in regions controlled by the Taliban and al-Qaida. Plus, many parents are still refusing to vaccinate their kids, even in Pakistan's cities, like Karachi, health workers said at the meeting.