Accessibility links
Lawmakers Clash With FDA Over Meningitis Outbreak : Shots - Health News Members of a House committee demanded to know why the Food and Drug Administration let the pharmacy that sold tainted drugs continue shipping them after sending a warning letter about problems in 2006. 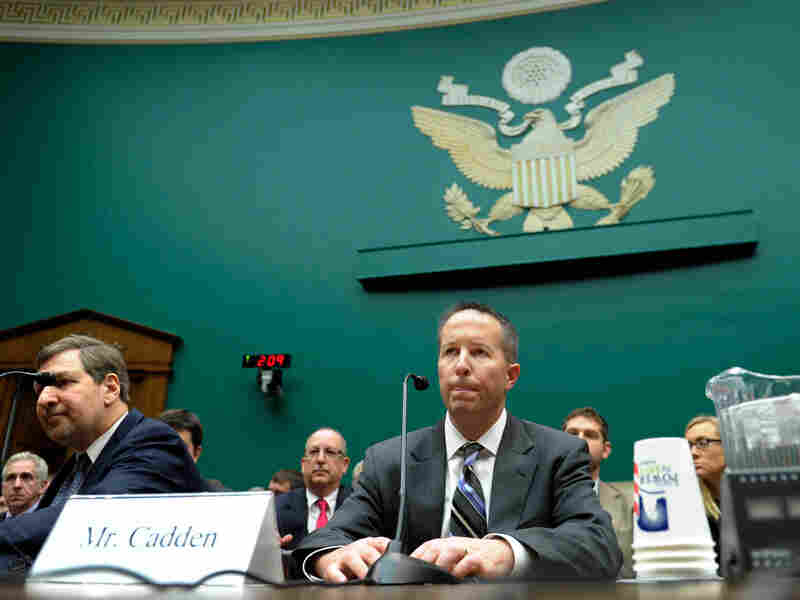 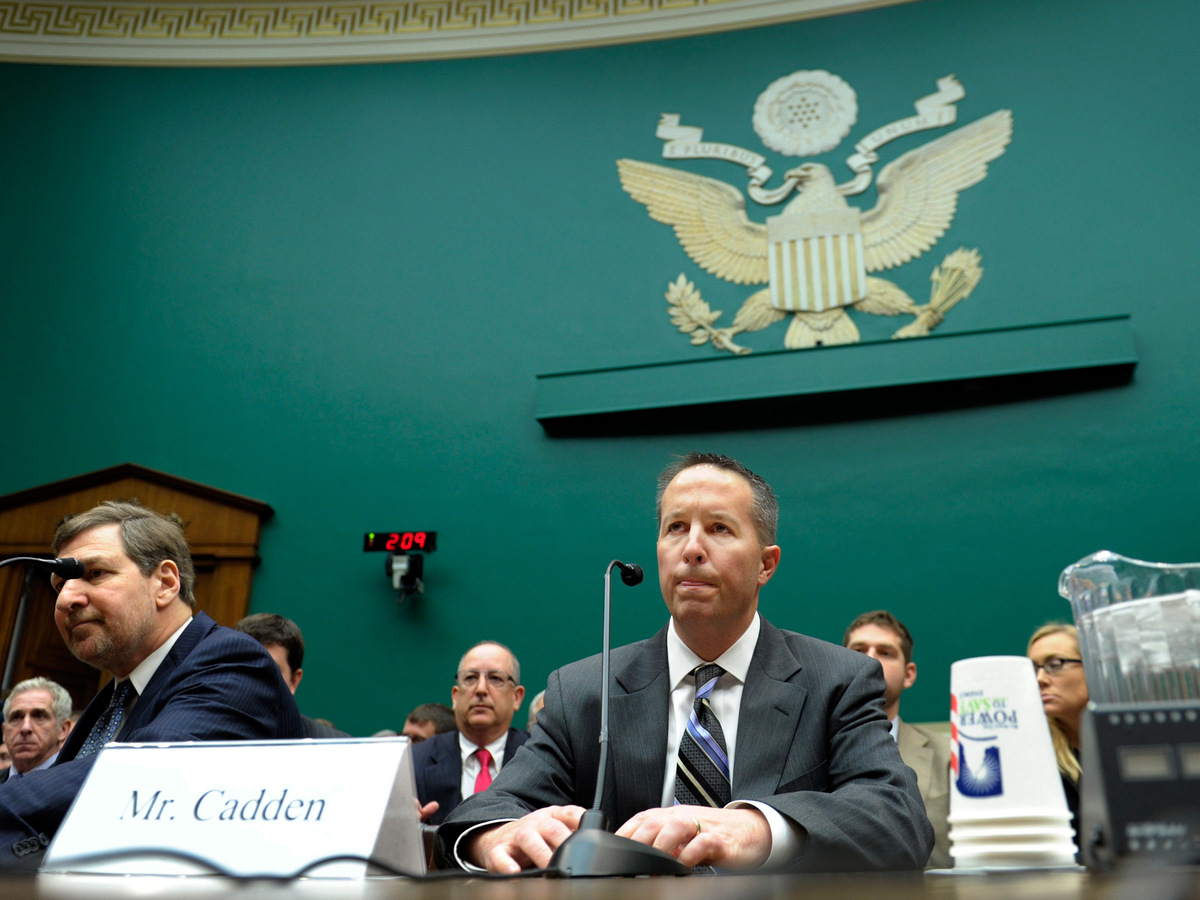 Members of a House subcommittee clashed repeatedly Wednesday with U.S. Food and Drug Commissioner Margaret Hamburg over the outbreak of meningitis caused by contaminated steroid injections.

During a tense four-hour hearing called to investigate the outbreak, members of the House Subcommittee on Oversight and Investigations repeatedly pressed Hamburg on why the agency had allowed the New England Compounding Center to keep operating years after problems had emerged. The NECC produced the tainted injections that killed 32 people and sickened 460 others.

"Do you think the FDA had the authority to shut down NECC, yes or no?" Committee Chairman Rep. Cliff Stearns (R-Fla.) asked Hamburg. Hamburg, Stearns and other members of the committee repeatedly interrupted each other during the questioning.

One of the first to die was Eddie Lovelace, who had a fatal stroke after getting three injections. His wife, Joyce, started the hearing with a plea.

"My family is bitter. We are angry. We're heartbroken. We're devastated. And I just come here begging you to do something about the matter," she said.

To try to do that, the committee subpoenaed Barry Cadden, co-owner of NECC. Stearns tried repeatedly to question Cadden, but Cadden repeatedly refused, citing his right not to incriminate himself.

But the sharpest exchanges came when Hamburg sat down in the witness chair. Stearns demanded to know why the FDA let the pharmacy continue shipping drugs for years after sending a warning letter about problems in 2006.

"The fact is the warning letter did not involve sterility failures and it was not in relation to the kinds of problems that we're addressing now," Hamburg said, prompting Stearn to reply: "So you're saying your warning letter was an empty threat?"

Hamburg said the agency did what it could, arguing the FDA needs Congress to give the agency clear legal authority over so-called compounding pharmacies. These are pharmacies that are supposed to custom-mix small batches of drugs, but in some cases have become essentially small drug companies. She brought a map of the U.S., which she said showed that conflicting court rulings had left the FDA's authority unclear.

"We have ambiguous, fragmented, unclear and contested authorities in this particular realm of pharmacy and drug-manufacturing practice," Hamburg said.

But several Republican members of the committee expressed skepticism that the FDA needed more authority than it already has.

"I think we ought to work on using the authority that we have as opposed to trying to get additional authority at the federal level," said Rep. Joe Barton (R-Texas).

Even some Democrats expressed frustration over some of Hamburg's answers.

"We have to figure out how to give you the jurisdiction to do what you need to do, OK?" said Rep. Diana DeGette (D-Colo). "And these inconclusive answers are not helping us."

After nearly three hours, it was clear few committee members were satisfied with what they had heard from Hamburg. A Senate committee is holding its own hearing into the meningitis outbreak Thursday.