Accessibility links
Give And Take: How The Rule Of Reciprocation Binds Us : Shots - Health News Scientists say that whether tipping waiters or trading Christmas cards, we're programmed to reciprocate when we receive a gift. But the rule of reciprocity can also complicate politics and medicine. 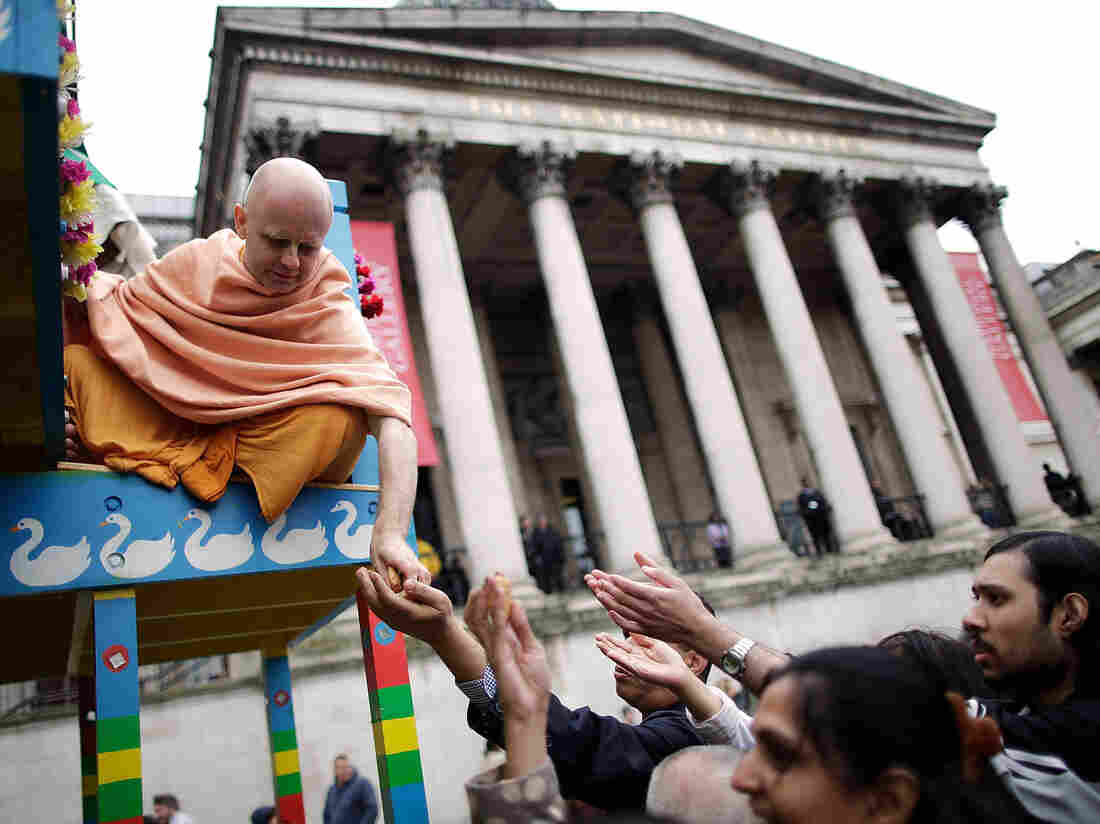 A Hare Krishna distributes food gifts from a chariot during a festival in London in 2011. The religious group began distributing books, flowers and gifts to strangers in the 1970s, drawing on the rule of reciprocation to raise money. Matthew Lloyd/Getty Images hide caption 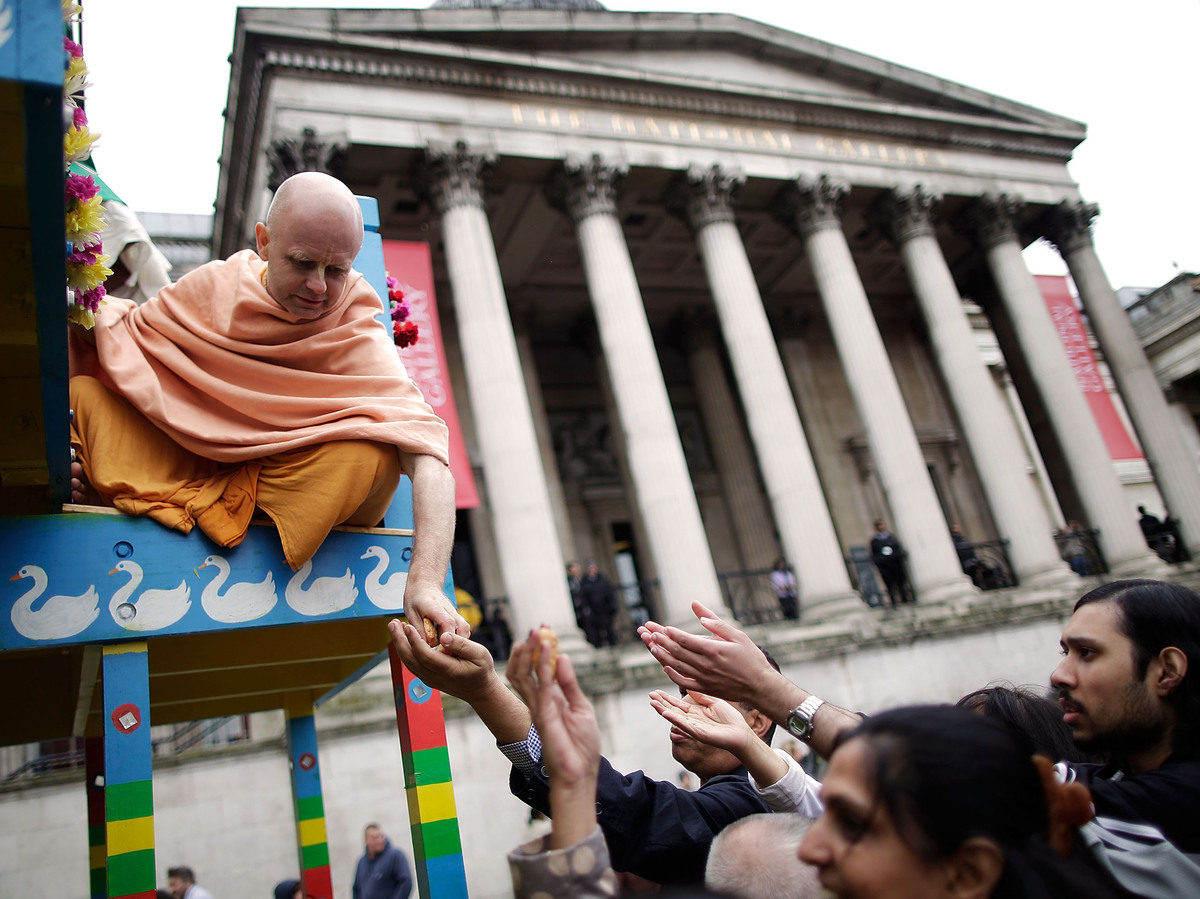 A Hare Krishna distributes food gifts from a chariot during a festival in London in 2011. The religious group began distributing books, flowers and gifts to strangers in the 1970s, drawing on the rule of reciprocation to raise money.

In 1974, Phillip Kunz and his family got a record number of Christmas cards. In the weeks before Christmas they came daily, sometimes by the dozen. Kunz still has them in his home, collected in an old photo album.

"Dear Phil, Joyce and family," a typical card reads, "we received your holiday greeting with much joy and enthusiasm ... Merry Christmas and Happy New Year's. Love Lou, Bev and the children."

The cards from that year came in all shapes and sizes, but the basic message was the same. The writers wanted Kunz to know that he and his family were cared for, and also they wanted to share their own news. They included pictures of family members and new homes and smiling graduates with freshly minted diplomas.

It all seems pretty normal, except for one thing: Kunz didn't know any of them.

Kunz was a sociologist at Brigham Young University. Earlier that year he'd decided to do an experiment to see what would happen if he sent Christmas cards to total strangers.

And so he went out and collected directories for some nearby towns and picked out around 600 names. "I started out at a random number and then skipped so many and got to the next one," he says.

To these 600 strangers, Kunz sent his Christmas greetings: handwritten notes or a card with a photo of him and his family. And then Kunz waited to see what would happen. 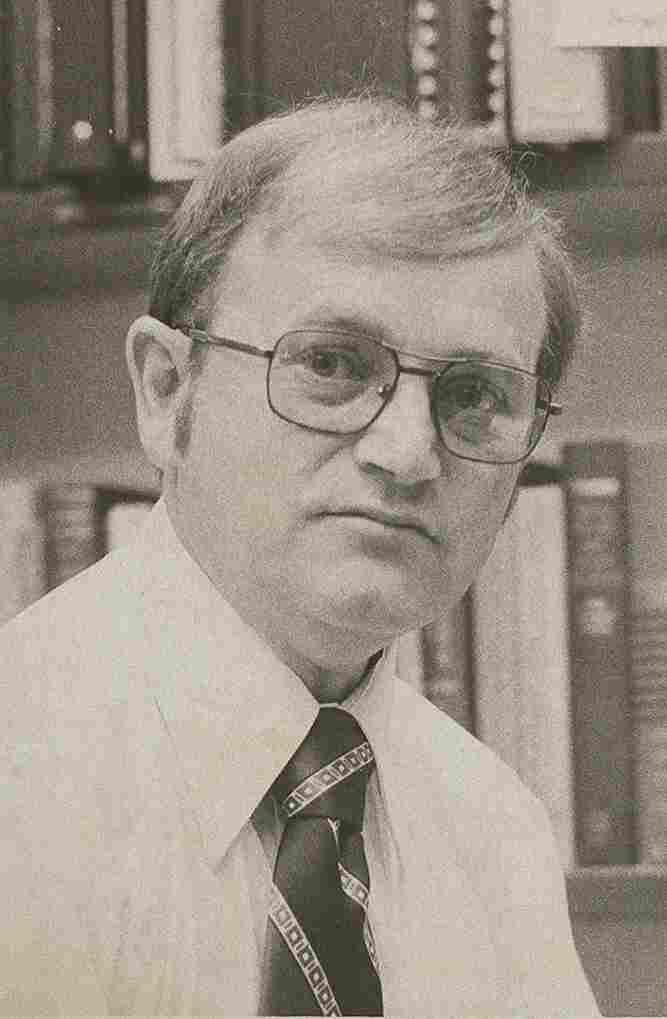 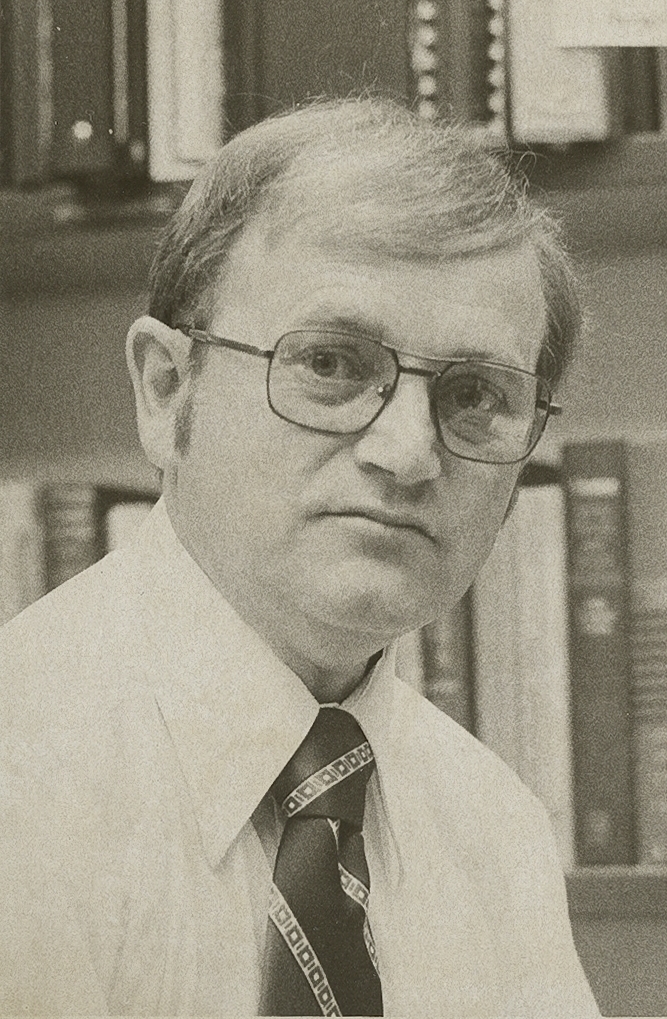 In 1974, Phillip Kunz, a sociologist at Brigham Young University, wanted to see what would happen if he sent Christmas cards to people he didn't know.

But about five days later, responses started filtering back — slowly at first and then more, until eventually they were coming 12, 15 at a time. Eventually Kunz got more than 200 replies. "I was really surprised by how many responses there were," he says. "And I was surprised by the number of letters that were written, some of them three, four pages long."

Why would someone send a three-page letter to a complete and total stranger?

Why did so many people write him back at all?

Robert Cialdini is an emeritus psychologist at Arizona State University who studies how our behavior is affected by social rules that we're only vaguely aware of but which have incredible power over what we do. What happened to Kunz, he explains, is the direct result of one of the rules that most interest him: the rule of reciprocation. The rule, he says, is drilled into us as children.

"We are obligated to give back to others, the form of behavior that they have first given to us," he says. "Essentially thou shall not take without giving in return."

And so if someone passes you in the hall and says hello, you feel compelled to return their greeting. When you don't, you notice it, it makes you uncomfortable, out of balance. That's the rule of reciprocation.

"There's not a single human culture that fails to train its members in this rule," Cialdini says.

This is probably because there are some obvious benefits to the rule of reciprocation; it's one of those rules that likely made it easier for us to survive as a species.

But what's interesting about all this is how psychologists like Cialdini can actually measure the way the rule affects how we behave in all sorts of situations.

Exhibit A: those little pre-printed address labels that come to us in the mail this time of year along with letters asking for donations.

Those labels seem innocent enough, but they often trigger a small but very real dilemma. "I can't send it back to them because it's got my name on it," Cialdini says. "But as soon as I've decided to keep that packet of labels, I'm in the jaws of the rule."

You can see the same thing when it comes to tipping.

If a server brings you a check and does not include a candy on the check tray, you will tip the server whatever it is that you feel the server deserves. "But if there's a mint on the tray, tips go up 3.3 percent," Cialdini says.

According to Cialdini, the researchers who did that study also discovered that if while delivering the tray with the mint the server paused, looked the customers in the eye, and then gave them a second mint while telling them the candy was specifically for them, "tips went through the roof."

Servers who gave a second mint got a 20 percent increase over their normal tip.

Many decades ago Cialdini noticed a similar phenomenon when he studied Hare Krishnas in the U.S. He says that in the late 1960s the religion was really struggling financially; it seemed strange to many Americans, so it was hard for them to raise money.

But then they hit on a solution. In airports (and other public places), they would simply give the people passing by what they described as a gift: a flower, a book, a magazine. Then, after the person had the gift in his or her hand, they would ask for a small donation. Cialdini says he spent days in different airports observing these transactions, watching as recipients struggled to come up with the right solution.

"You would see many of them with frowns on their faces reach into a pocket or a purse, come up with a dollar or two, and then walk away angry at what had just occurred," recalls Cialdini. But they would give, he believes, because of the rule of reciprocation. For years, he says, the Hare Krishna religion raised millions of dollars this way.

There are really dozens of ways that the rule of reciprocation affects us, some of them good, some of them bad. For example, politicians, like the rest of us, are subject to the rule of reciprocation. And so when organizations or interest groups give them money, though they might believe that money won't influence their decisions, it's sometimes hard for them, as it is for us, to be immune.

Cialdini believes you can also see the rule operate in the medical profession.

"You find doctors more willing to prescribe medication based on what gifts, favors and tips they have been given by one pharmaceutical company or another," he says.

This doesn't mean that the rule of reciprocation affects all of us all of the time. Cialdini says different situations trigger different people differently.

But it is powerful. One of those invisible powerful things that can subtly shape how we behave even years after someone has given us something.

Consider the case of Phillip Kunz, the sociologist who decided to send Christmas cards to random strangers.

For years his family got cards from the people he contacted in 1974.