Accessibility links
Text Messages Help Smokers Kick The Habit : Shots - Health News Texting may not always be the best method of communication, but it can be a promising support network for smokers who want to quit. Several recent studies show that receiving an encouraging text can help stave off a cigarette craving and boost motivation to quit for good. 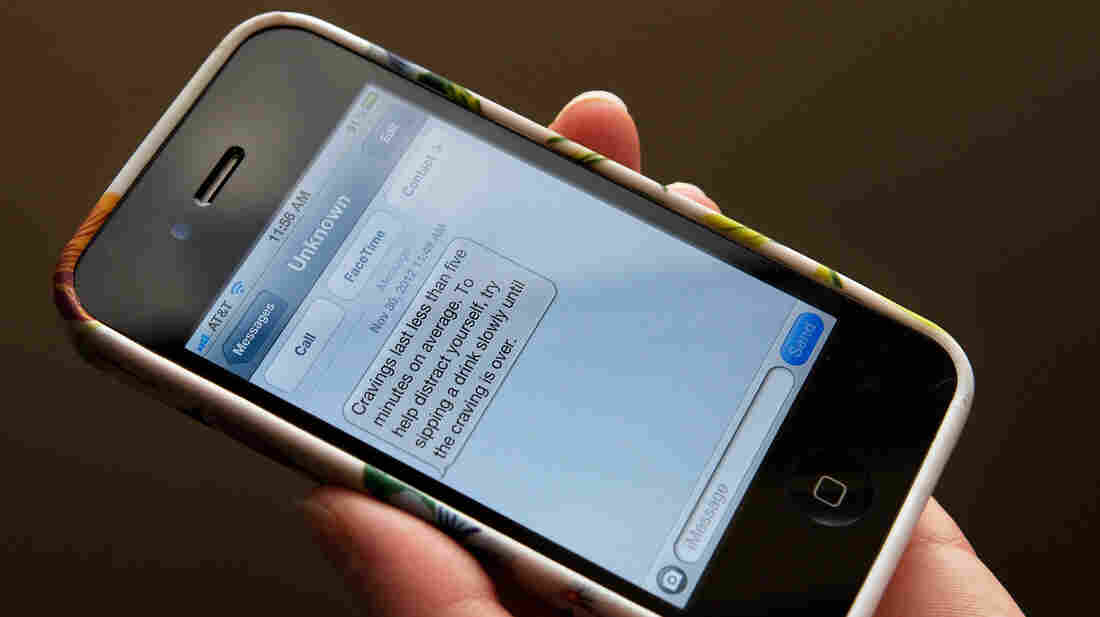 In the U.K.-based program called Txt2stop, researchers sent smokers encouraging text messages, like the one above, to help them quit. Karen Castillo Farfán/NPR hide caption 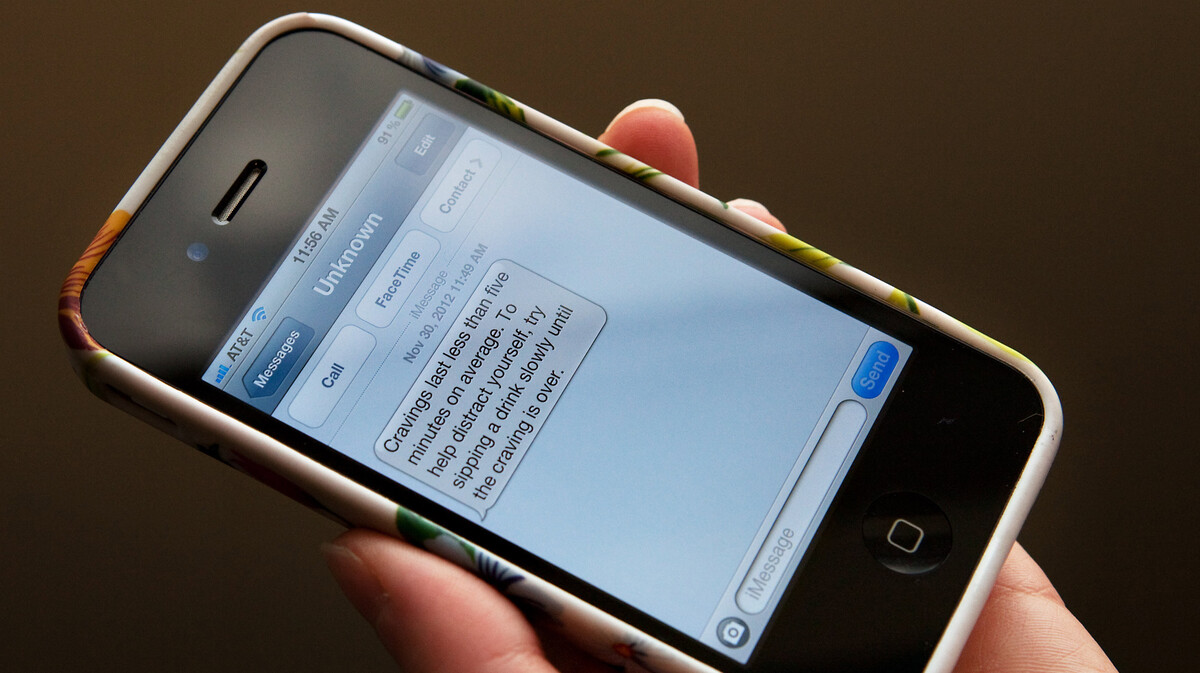 In the U.K.-based program called Txt2stop, researchers sent smokers encouraging text messages, like the one above, to help them quit.

Some good news about texting: A review of studies published by the Cochrane Collaboration finds that smokers trying to quit the habit are helped in a big way by supportive messages sent via text.

We all know it's really hard to quit smoking. Dr. Pamela Brar, an internist in private practice in La Jolla, Calif., says only 5 percent of smokers succeed the first time they try to quit. "Most people will try over a five-year period, if they're really motivated, as many as six to eight times before they're successful," she says.

That's why the results of this new analysis are encouraging. With help from text messages, hopeful quitters actually doubled their chance of success.

Dr. Robyn Whittaker of the University of Auckland in New Zealand compiled the review of five studies involving over 9,000 people trying to quit smoking. The smokers received texts up to several times a day containing either motivational messages or quitting advice. In one study, smokers also received links to short video clips following someone's successful attempt to quit smoking. Smokers in the control groups received text messages less frequently or were given information online or support over the phone.

Overall, Whittaker and colleagues estimated that mobile phone messages increased the chance of quitting in at least six months — from 4 to 5 percent in control groups to between 6 and 10 percent in the texting groups.

Now this may not sound like major success, but a doubling of the odds of success is significant.

In the texting groups, smokers started with an online support system and set a date to quit. When that day arrived, Whittaker says, so did practical advice via text messages like this: "Today, you should get rid of all the ashtrays in the house or car; you should have a plan because it's going to be hard in the first few days; make sure you have a plan to get support from friends and family."

These were automated responses, but they could get personal. For example, if someone started to feel desperate, he could text a one-word reply: "Crave." In response, says Whittaker, he would receive tips about how to get through the cravings. Things like "take a walk" or "eat a little something." The good news, she says, is that cravings last only a few minutes.

And even setbacks got a quick, supportive response. "Sometimes people have one puff or a couple of puffs while out socially and think, 'Oh, no, it's all over, I've ruined it,' " says Whittaker. "But that's not true. A lot of people have little lapses like that, and we can just try and boost their motivation to keep going because they can keep going, even after a relapse."

Doubling the chance of success with text messages is no surprise to Brar. For the past two years, she's been texting her patients who want to quit. Take, for example, one patient who said he really needed help around the 5 p.m. happy hour.

"So, sure enough, for about two weeks every day at 5, I'd send him a text. His favorite was 'No ifs, ands, or butts,' and I'd send a little cigarette picture along with it."

It took five months, but he did quit. So did Brar's patient Diane Santos, who smoked for more than 30 years and typically got two text messages a day from Brar. The doctor, Santos says, would say things like, " 'You know you can do it.' 'You're strong.' 'You're a beautiful woman.' 'You deserve to have a healthy body.' "

Santos, who successfully quit and remains smoke-free today, says "she was like my cheerleader, really."

Nationwide, private groups and a number of state and local health departments are working to create new, online texting-support systems for smokers who want to kick the habit.