Accessibility links
A Polio Outbreak In Pakistan Reveals Gaps In Vaccination : Shots - Health News The appearance of an unusual type of poliovirus in Pakistan exposed gaps in vaccination campaigns. When a community isn't well immunized against polio, the weakened virus used in the oral vaccine can mutate and then infect unvaccinated people. 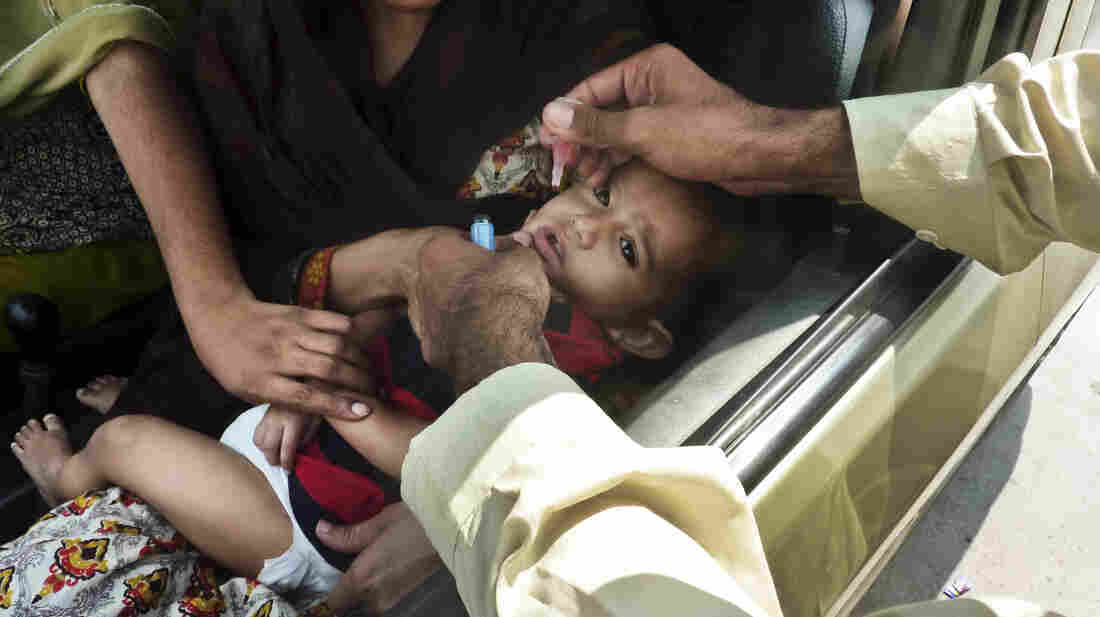 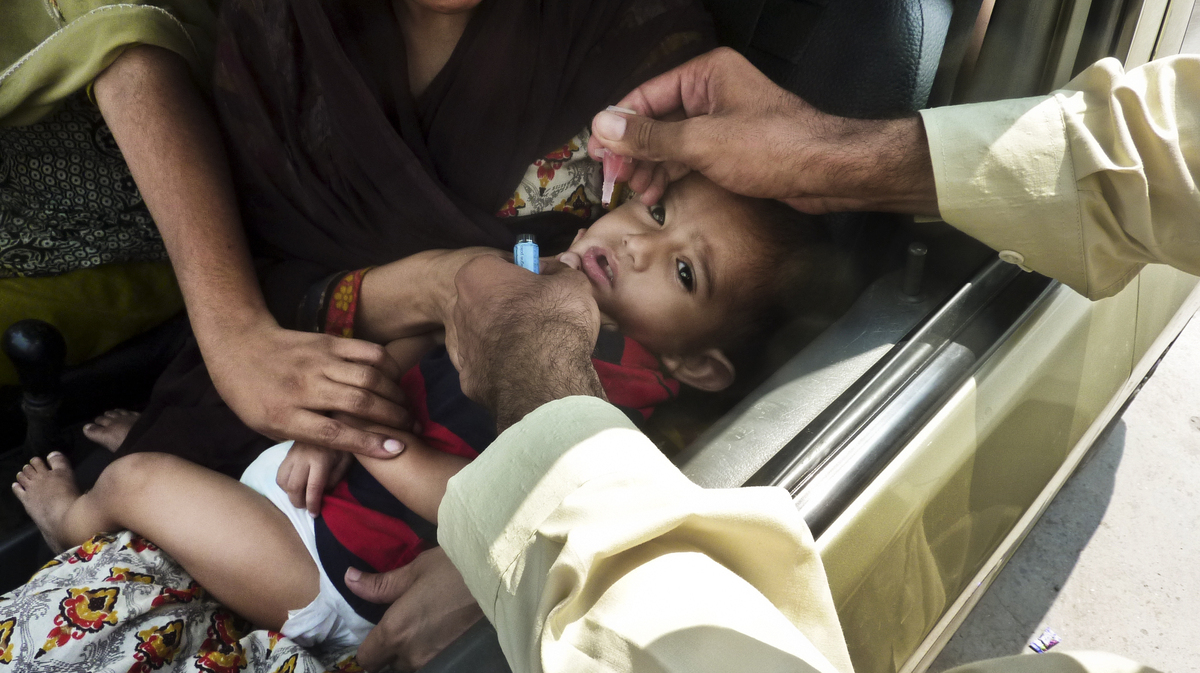 Pakistan has made a lot of progress this year in wiping out polio. There are signs that one type of poliovirus is gone and transmission of other strains seems to be slowing.

But a recent outbreak of polio there has health officials concerned about the overall effectiveness of the effort to eliminate polio in that country.

The World Health Organization says 10 cases of so-called vaccine-derived polio were reported in Pakistan between the end of August and the end of October.

What's that? The oral polio vaccine contains a weakened version of the virus. In very rare instances — and when a population isn't well immunized — the weakened virus can circulate in the community, mutate and infect unvaccinated people, causing paralysis. This is known as a vaccine-derived polio.

Fully immunized kids are protected against both vaccine-derived and wild polio. So the problem isn't so much with the vaccine as it is with gaps in immunization.

This is the first time that vaccine-derived polio has been detected in Pakistan. The cases appeared in the north of the Balochistan province near the Afghan border.

WHO officials say the outbreak, involving a variety of the virus called type 2 polio, illustrates that vaccination campaigns in the area are failing to reach sufficient numbers of people.

Wild strains of type 2 polio were eradicated globally in 1999. However, a new strain of vaccine-derived polio emerged because the vaccine continued to contain the old type 2 virus and it managed to spread to people who weren't adequately immunized against it.

Vaccine-derived type 2 polio can spread in the environment in the same way as the more common type 1 or type 3. It has the same paralyzing effects on infected people as other forms of the disease.

Pakistan, Afghanistan and Nigeria are the only countries in the world where polio remains endemic. The government of Pakistan launched an aggressive campaign this year, in partnership with international health organizations, to vaccinate children and carefully monitor the virus's spread.