Accessibility links
Computerized Health Records Breed Digital Discontent For Some Doctors : Shots - Health News Some doctors are unhappy about switching from paper records to electronic ones. While the government is creating incentives for doctors to switch, some say the hassles and expense exceed the rewards. 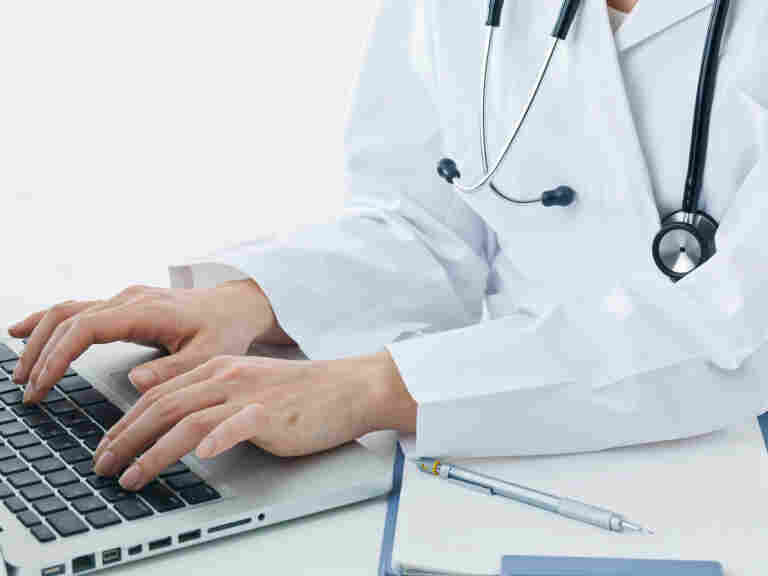 Electronic medical records can have drawbacks, too. iStockphoto.com hide caption 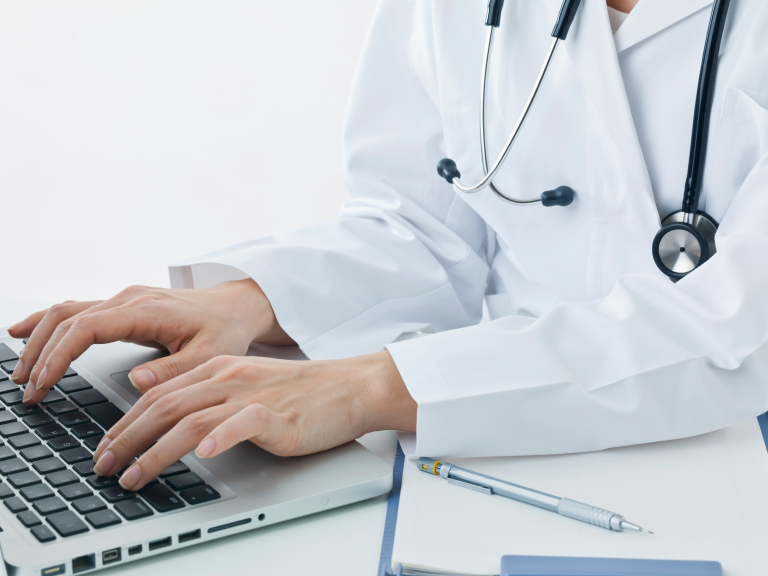 Electronic medical records can have drawbacks, too.

Two years and $8.4 billion into the government's effort to get doctors to take their practices digital, some unintended consequences are starting to emerge.

One is a lot of unhappy doctors. In a big survey by Medscape, an online site for doctors, 38 percent of the doctors polled said they were unhappy with their electronic medical records system.

Dr. Mary Wilkerson is one of them. Her small family practice in Denver made the leap to computerized records five years ago, with some pretty high expectations.

"We were told by sales people that we would make more money because we'd be more efficient, and you'd be able to see more patients," says Wilkerson. "We'd be able to bill faster, get the money in the bank at the push of a button. And none of that panned out."

Instead, Wilkerson's practice found that electronic records actually slowed things down. The doctors had to cut back on the number of patients they saw.

"Within six months of our purchase, one of the partners just did not like it at all, did not like dealing with the computer, and actually left the practice, and we'd hoped she'd contribute to the loan that we'd taken out" to pay for the electronic system, says Wilkerson.

Wilkerson's problems with the system stand in contrast to the experience of other doctors who have embraced electronic records and patients who have good reviews of them too.

Marina Blake of Denver is one of those patients. Blake sees a few doctors regularly, and she likes that the specialists she sees can all call up the same health record that her primary care doctor uses. She can also call up her own record anytime.

"It does add definitely a layer of customer service to my experience that is really awesome," says Blake, who gets her care from Kaiser Permanente. "For me it's part of being an educated consumer. If I have more information, then I can ask better questions."

The federal government wants every patient to see the same benefits from electronic records Blake does. It's offering doctors and hospitals up to $63,000 per physician to go digital.

But Wilkerson's practice didn't get much government money, because payments to go digital are tied to seeing a lot of Medicare patients, which Wilkerson and her partners didn't. They took out a loan because it's common for physicians to pay $10,000 or more each for digital records systems. So losing income from not being able to see as many patients was hard on Wilkerson's practice. The expense and the hassle led her and her partners to sell their practice.

Dr. Jeff Cain, president of the American Academy of Family Physicians, supports the switch to digital but acknowledges that this "transitional time" has been difficult for many doctors.

He says electronic records improve care, and notes that Medicare will start cutting payments to doctors who haven't gone digital starting in 2015. But he's somewhat critical of the government's strategy of incentives and penalties.

"The challenge for the family doctor with the carrot-and-stick approach Medicare's using is, the carrot's kind of hard to get to," says Cain.

But some doctors are discovering at least one unintended consequence that's positive for them: Electronic records flag every possible opportunity to send a bill.

Doctors say digital systems are opening their eyes to how much they've been doing and not getting paid for. Medicare sees that differently and is now looking into whether physicians with computerized records systems might be charging too much.

Doctors say it should be no surprise that systems designed to catch things like medication errors are also catching missed opportunities to get paid.

That unanticipated argument over billing is playing out as federal payments for the conversion begin to fade. They're being offered until 2021, but the amount available gets smaller every year.

This story is part of a partnership with NPR, Colorado Public Radio, and Kaiser Health News.